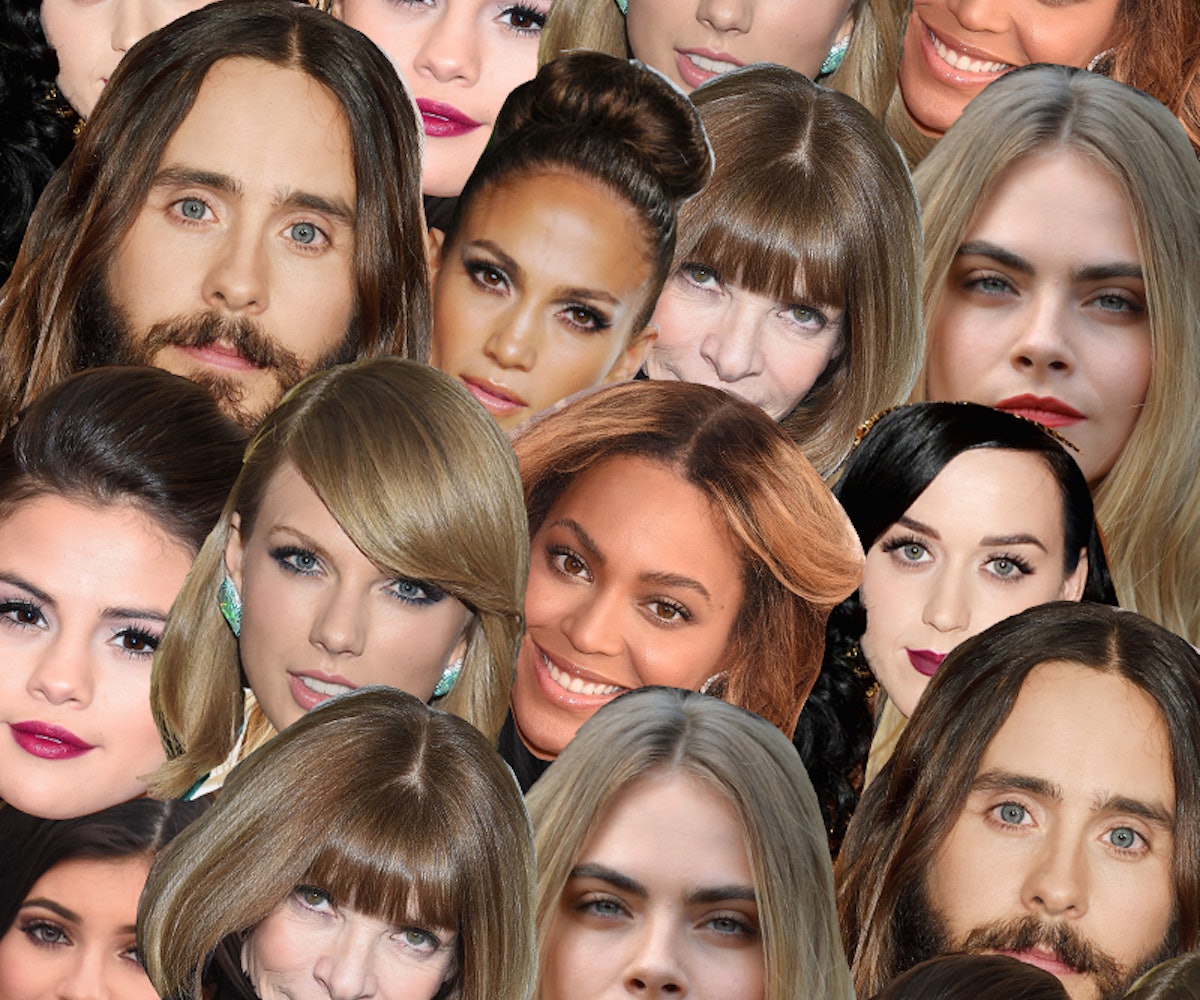 Snapchat's face swap feature is as fascinating as it is terrifying. Unveiled last week, it allows users to swap faces with the ones in their camera roll. If it works for you, the results can be ridiculously good to ridiculously bad. (Just look at this one.) It's still as peculiar as the original—if not more so.

Here's how it works: If you've got an image of, say, Kylie Jenner in your camera roll (it's okay if you do!), you can put her face onto yours, Snap it, and share it with the world. If you don't have an image of Kylie or any other celeb, here are 30 perfect photos for the perfect celebrity Snapchat face swap. The key is to use the most forward facing photo you can, otherwise you'll have to turn your face to match the original photo's angle, in order for it to map correctly. That's a lot of work for one ephemeral piece of content. Of course, it should go without saying to use these politically correctly. It's all fun and games until someone Snapchats something offensive. Be smart, be cool, save or screenshot, and get weird. Snapchat fame is closer than ever.

Are you still Jenny from the block?

Save this and become a teenage dream.

Who's about to run Snapchat? You.

You've dreamed of having the model's eyebrows. Now you can have them. Kind of.

Use this and look rich.

Before you test a crying Kim face, test this one out first.

Hold that pose for me.

Can't keep my Snapchats to myself.

Until the day we can wake up as Rihanna, Snapchat will have to do.

What we said about Rihanna also applies to Zendaya.

A little Mama Ru for you.

Get in touch with your inner star child, feel the pulse of the muddy earth, sleep in a box; become Tilda.

Be cool for the summer with Demi.

Don't walk and Snap as Jennifer Lawrence. You may trip and fall.

Bust out your best runway walk.

25 album cover was made for this Snapchat face swap.

For you Olsens out there.

Here is an example of Miley Cyrus' face on mine.

Here I am snapping like Kylie. The only thing missing is a Rolls-Royce and boomin' tunes.