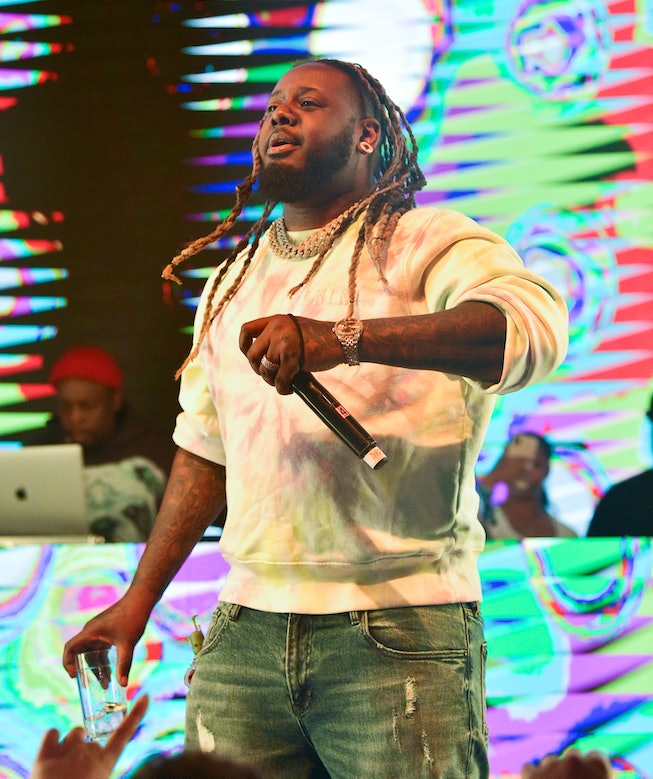 In a new, heartbreaking short clip from the Netflix documentary music series This Is Pop, T-Pain revealed he experienced depression for four years after Usher told him he ruined music.

When the singer and rapper was asked about a conversation that he and Usher had on a plane, he sighs and pauses before explaining that he and Usher were flying to the BET Music Awards in 2013 when a flight attendant woke him up to tell him that Usher wanted to talk to him in the back. In the video, T-Pain recounts what Usher said:

“He was like, ‘Man, I wanna tell you something, man ... He sounded real concerned. He was like ‘Man, you kinda f*cked up music.’ I didn’t understand. Usher was my friend. He was like, ‘No man you really f*cked up music for real singers.’ Literally at that point I couldn’t listen. Is he right? Did I f*ck this up, did I f*ck up music? And that is the very moment and I don’t even think I realized this for a long time that’s the very moment that started like a four-year depression for me.”

T-Pain is famous for popularizing Auto-Tune in the mid-2000s, and it’s not the first time he’s talked about criticism for his use of the technique. In the 2014 New Yorker profile “The Sadness of T-Pain,” the singer talks about a depression that left him unmotivated to make music after public outcries against Auto-Tune, including the 2009 Drake song “D.O.A. (Death of Auto-Tune).”

“People can act like, you know, ‘I don’t care about when people hate on me,’ but the second that they do, you feel that!” T-Pain told The New Yorker. “Like, that’s really somebody saying that sh*t about you — it’s not, like, an artificially generated comment that these people are leaving on these YouTube videos.… When people say I suck and I should kill myself, I don’t really feel good about that!”

Fans and other musicians are rallying around T-Pain on Twitter, praising him for his innovation:

The clip, shared on June 21, has 4.8 million views on Twitter alone. This Is Pop is streaming on Netflix now and includes episodes featuring Backstreet Boys, Shania Twain, Boys II Men, ABBA, and more.

NEXT UP
Life
Demi Lovato Slams Child Stardom
Life
Fever Ray Throws A Spooky & Sexy Office Party In "What They Call Us" Video
Life
On Repeat: Vaquera’s Away Collaboration Is Brought To You By Britney Spears B-Sides
Life
Pamela Anderson To Release "Unfiltered" Memoir, 'Love, Pamela'