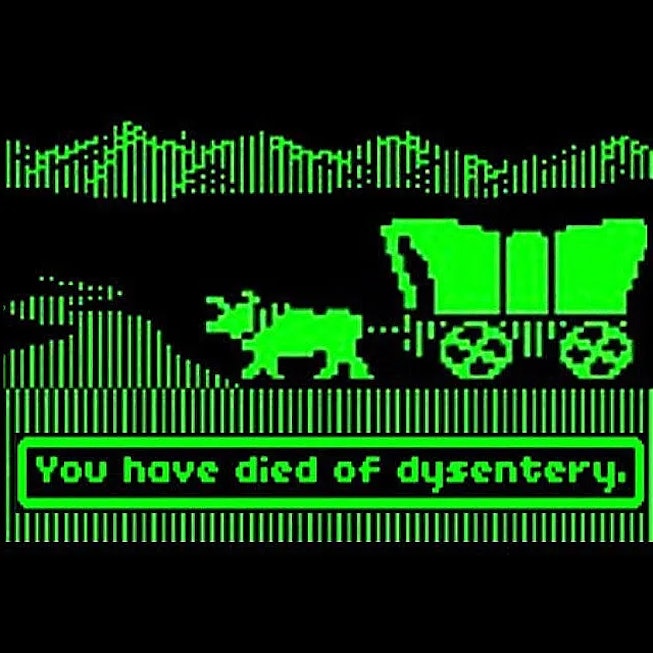 Is there anything as dramatic about dying from dysentery in a covered wagon on your way to a land full of promised gold that actually has been long inhabited by native people? Everything about The Oregon Trail was drama: Traveling 3,000 miles in covered wagons? I cant even take a five-hour flight to Oregon without complaining to anyone who will listen to me. The creators of The Oregon Trail computer game have been capitalizing on the drama and intrigue of this particular part of American history since the game was released in 1971. Now, the game is moving from our collective computer class nostalgia to the land of three-part harmonies: It’s going to be adapted into a musical.

In an interview with Collider, filmmakers Will Speck and Josh Gordon shared that they have been collaborating with songwriting team Benj Pasek and Justin Paul to make a darkly comedic musical version of the video game, in a reboot that actually feels original and not like it’s just trying to capitalize on the core memories of childhood.

“The game] always had this dark band of humor running through it, because your chances of dying from everything from dysentery to a cut to anything was… Basically, every move you ended up dying,” Gordon said. “[We’re] returning a little bit to our roots in comedy, marrying it with the fun of doing a big musical, and also just the ambition of taking that very seriously as well and making a big historical westward expansion epic that’s also about dying from dysentery.”

While The Oregon Trail game would be a spectacle on the big stage (wagon choreography?!), Pasek and Paul are known for penning music for musical-movie hits, like La La Land and The Greatest Showman; they also wrote Dear Evan Hansen for the stage. They offered to adapt The Oregon Trail after stating that they “really want to do another musical.” Gordon also told Collider that they’re weighing whether or not the musical would have an R rating, given the graphic nature of the material. (The Oregon Trail, after all, was always a little dark for a children’s game.)

Unsurprisingly, this isn’t the first time the torrid, dusty tale of the Oregon Trail has inspired a musical. A 2014 musical titled “The Trail to Oregon” parodied the computer game in a stage version.

We’re still a long way out from the release of an Oregon Trail musical. There’s not a studio currently attached to the project, but the filmmakers have obtained the rights. But good things, like traversing 3,000 miles in a covered wagon or writing a hit song about dying from scurvy, take time.