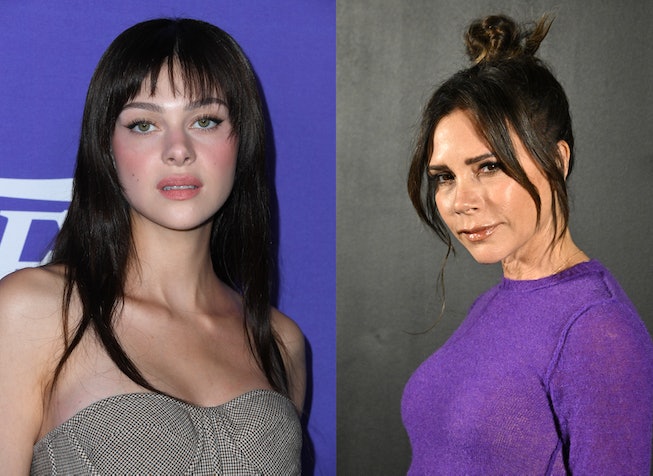 Mother-in-law relationships are famously bad. Maybe it’s inevitable, maybe it’s because women hold the fragile hearts of their sons. It makes sense that the fraught nature of that relationship would only be escalated when you inject fame, fortune and an unquenchable cultural thirst for gossip into the mix.

Victoria Beckham and Nicola Peltz, the actor and billionaire’s daughter who married Brooklyn Beckham earlier this year, are embroiled in an alleged feud that may or may not really exist, but is very real in the hearts of gossip columnists and those of us watching the pettiness play out online. It’s the perfect feud to passively consume. There’s nothing more tantalizing with less stakes than the passive aggressive antics of the rich and famous, especially when you combine British passive aggression with the etiquette of someone from an insanely wealthy family. It’s like a kettle of beautiful, useless gossip boiling over.

Below, find the outline of the alleged feud between Victoria Beckham and Nicola Peltz. We will update as the trifling ensues.

According to a source who spoke to Page Six, the June cover of Tatler, which called Peltz “The new Mrs. Beckham” did not go over well. It’s hard to tell if it was the headline or Paltz’ wild description of her Succession-esque upbringing, which includes growing up in a family of 10 children with a 130-acre property with an ice-hockey rink in the basement and a helipad for a “fleet” of helicopters.

According to The Daily Mail, the biggest evidence of said feud is that Nicola and Victoria haven’t been liking each other’s Instagram posts for months. It’s been nearly three months since Victoria last liked one of Nicola's posts on May 26, nor did she like any of Nicola’s honeymoon photos. Nicola also didn’t post a photo of Victoria from the wedding. If likes, or lack thereof, could be presented in a court of law, the evidence would be damning.

The “sources” simply cannot stop talking. The Beckham’s need to get some more loyal friends! We can only imagine the payout for gossip about Britain’s de facto second royal family and the daughter of a billionaire. “They can’t stand each other and don’t talk,” a source close to the family told Page Six. “The build-up to the wedding was horrendous.”

The source also said that Peltz didn’t want her Victoria “to be any part of the planning, and she wouldn’t clue Victoria in on anything. Communication was minimal.”

They added that it’s become “non-stop petty drama,” and it’s coming between the Beckhams — who now live in Miami — and their son.

The very next day, Peltz posted a photo of herself on Instagram with glassy eyes (of course, she’s a pretty crier!) “We all have days where people make you feel bad and it’s okay to be hurt by it,” she wrote. Followers came to her defense, commenting that the tears were because of Victoria.

In an interview with Variety, Brooklyn and Nicola said that they think the rumors of a feud began when Peltz wore Valentino instead of a wedding gown designed by Victoria Beckham for her wedding.

“I was going to and I really wanted to, and then a few months down the line, she realized that her atelier couldn't do it, so then I had to pick another dress,” said Peltz. “She didn’t say you can’t wear it; I didn’t say I didn’t want to wear it. That’s where it started, and then they ran with that.”