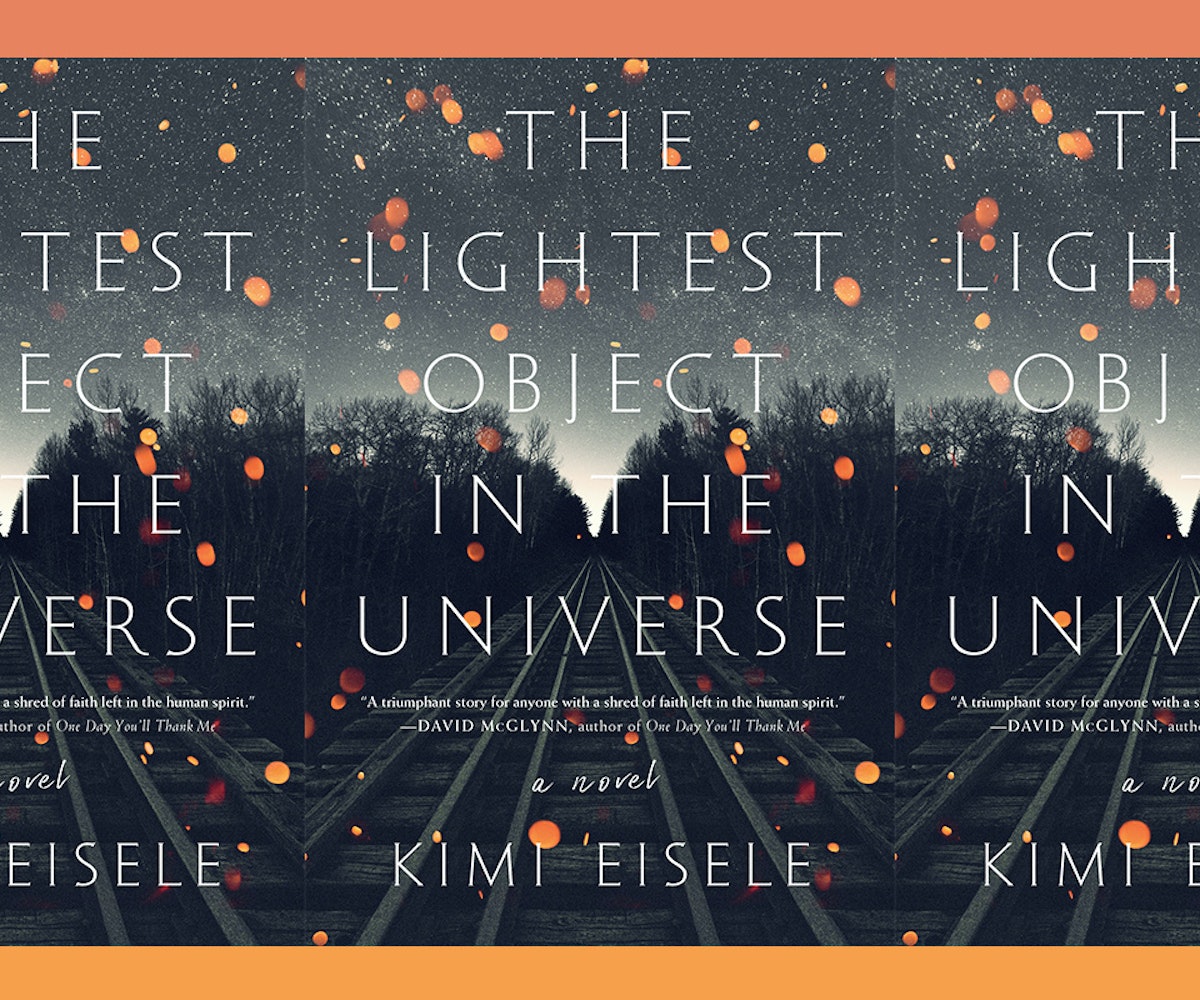 "The idea of everything falling apart became too real," Kimi Eisele told me over the phone, when I asked her about the inspiration for her new novel, The Lightest Object in the Universe. Set in the aftermath of the lightning-fast fall of modern civilization (think: a rampaging virus, exploded oil tankers, an end to the ubiquitous forms of communication and speedy travel upon which we all now rely), The Lightest Object in the Universe was not, as one might think, written in response to recent news about the urgency of climate change or Trump's election. Rather, Eisele started working on this novel back in 2005, when America was faced with other crises: the devastation wrought by Hurricane Katrina, the invasion of Iraq, Bush's reelection. It, too, was a time when American exceptionalism was being rightly interrogated, a time when it was possible to see how ephemeral power can be, even when it seems so absolute.

As a rule, apocalypse novels are about endings; any relief found in reading them usually comes in the form of the comfort derived from closure. They allay fears of uncertainty, they get rid of anxiety, because they promise that the end isn't just near—it's here.

Of course, any feelings of comfort granted by this new reality are also accompanied by the fact that most apocalypse narratives focus on humanity's subsequent descent into a vicious, violent reality, one where death is the only respite from all the torment. There are exceptions to this, of course; there were glimmers of hope in Ling Ma's Severance and Emily St. John Mandel's Station Eleven, but mostly, the end of the world is seen in Cormac McCarthy terms: brutal, relentless, and dark.

Eisele, however, goes a different route altogether, offering more than just a glimpse of hope, but rather a brightly expansive, and even optimistic vision of a world where survival isn't necessarily a zero-sum game, and it's possible to have trust in other people, even as familiar systems and institutions have collapsed.

"We need to be reminded of the positive," Eisele said, explaining why she didn't want to fill her novel with dismay. "I sometimes worry that I'm too Pollyanna, but it's kind of taking care of myself. Maybe the novel strays toward the hopeful, but we need that."

Beyond being a story of the end of times (or, at least, an end of these times), The Lightest Object in the Universe is a love story, and a road trip one, too. It follows the twinning narratives of Beatrix and Carson, who live on opposite coasts and made a promise to find one another if all communication goes down. And that's exactly what happens: email dies, phones stop working, and Carson sets off on a journey from the East to the West, where Beatrix is working on her own mission, setting up a community from scratch.

There's something obviously utopian about this setup, something that feeds into the dream that we've all had at one time or another, that maybe it wouldn't be so bad if all our existing, invasive technology just vanished, maybe life could be better that way. "I am not so naive to think life would be so much better if we just unplugged," Eisele said to me, when I told her how alluring I sometimes find that prospect. But, Eisele does understand the power of that kind of thought experiment, of really examining what it would mean if all the modern conveniences that we simultaneously rely on and resent just disappeared.

Beatrix is the kind of person who is critical of America, and has been working to dismantle its existing power structure, as well as to support other places in the world that have been affected by America's superpower privileges. But, of course, like so many activists who exist in the real world, Beatrix depends on her privilege as a modern American to get her message across, so even she is not ready for what happens when everything just goes away. Eisele said to me, "When we are so busy trying to destroy something, we don't always stop to think about what's next."

What comes next, in this scenario, is a world where everything is far from perfect—there is violence, people do die—but in which people are proving the idea that survival does not have to be a contest of the fittest—it doesn't have to be a contest at all. Instead, great loss can offer opportunity to become helpers, to share in our collective grief, and to work to rebuild. It's easy, and frankly lazy, to assume that mass trauma always results in despair-fueled rage. It's also, frankly, wrong: There are countless examples (albeit on a smaller scale than massive, apocalyptic collapse) of devastation during which time people came together to help rather than harm one another.

And while it is important, at times, to contemplate the worst-case scenario of society's collapse, to imagine what will happen if everything turns bad, if only so we can figure out how to prevent that from happening, it feels all the more important to have novels like this that imagine how it will be if everything goes bad, but not everyone does—many people remain good. Eisele told me that she wasn't quite sure what drew her to this kind of story—"I don't know if it's empathy or attraction to destruction"—but that what she did know is that it's important to explore it. She said, "I want to feel that and not turn away from it."

Reading this novel will force you to engage with discomforting thoughts, and ask yourself questions about what you would do if life as you knew it disappeared, who you would want to find, how you would rebuild a future, who you would want to be. These are questions that are also relevant to ask yourself before an apocalypse hits; they're relevant to the many mini-apocalypses we see happening around this country and around this world every day. The real trick to an apocalypse novel is that it's never about an imaginary dystopia; it's always a reflection of our existing society; it's always an interrogation of who we already are and what we already value. Which is perhaps why Eisele's novel is so meaningful—it's a reminder that, no matter how dire things seem, there is always tenderness in this world, there is always empathy, there is always the ability to come together and make something new.

"It's about survival, really," Eisele said to me. "These things are real, if you're a person who feels deeply."

The Lightest Object in the Universe is available for purchase, here.