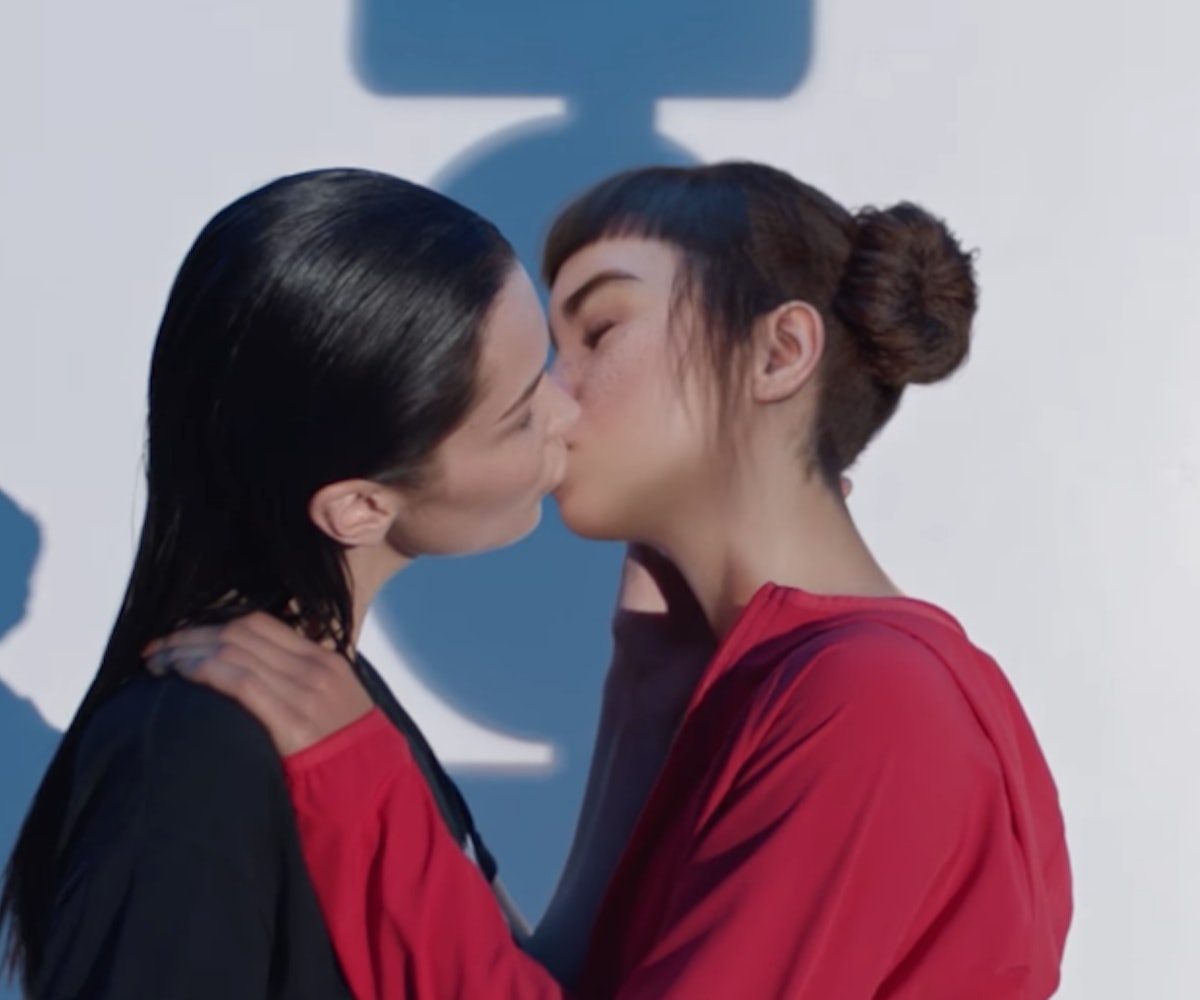 Calvin Klein's campaign includes celebrities like Indya Moore and Billie Eilish confronting their "truths," and putting them out in the open. In Eilish's, the singer revealed that she wears baggy clothes so men won't comment on her body. Lil Miquela and Hadid's segment, though, references sexuality: the two start making out in a video campaign, while we hear Hadid telling us that "life is about opening doors; creating new dreams you never knew could exist."

We definitely didn't know that a kiss between a real human and Lil Miquela, an AI configuration, could exist, so Hadid is definitely right about that. But beyond that, what, exactly, does this mean? Is Hadid coming out as queer? Is Lil Miquela? Can a robot have a sexual identification? We're not sure, and Calvin Klein doesn't want to give us any answers. The brand's video title says that the two "get surreal," and its description asks, "Is this a dream or real?"

For Lil Miquela, at least, it seems pretty real—or as real as it can get for a robot. In her Instagram caption when she posted the video, she wrote, "I am here. That is my truth." And, in another post of the campaign, she wrote, "No one else can define our own truths."

But what does this mean for Hadid? Well, she hasn't posted anything about the campaign yet, so we don't know where she stands on the whole thing.

Try to figure it out for yourself, below.