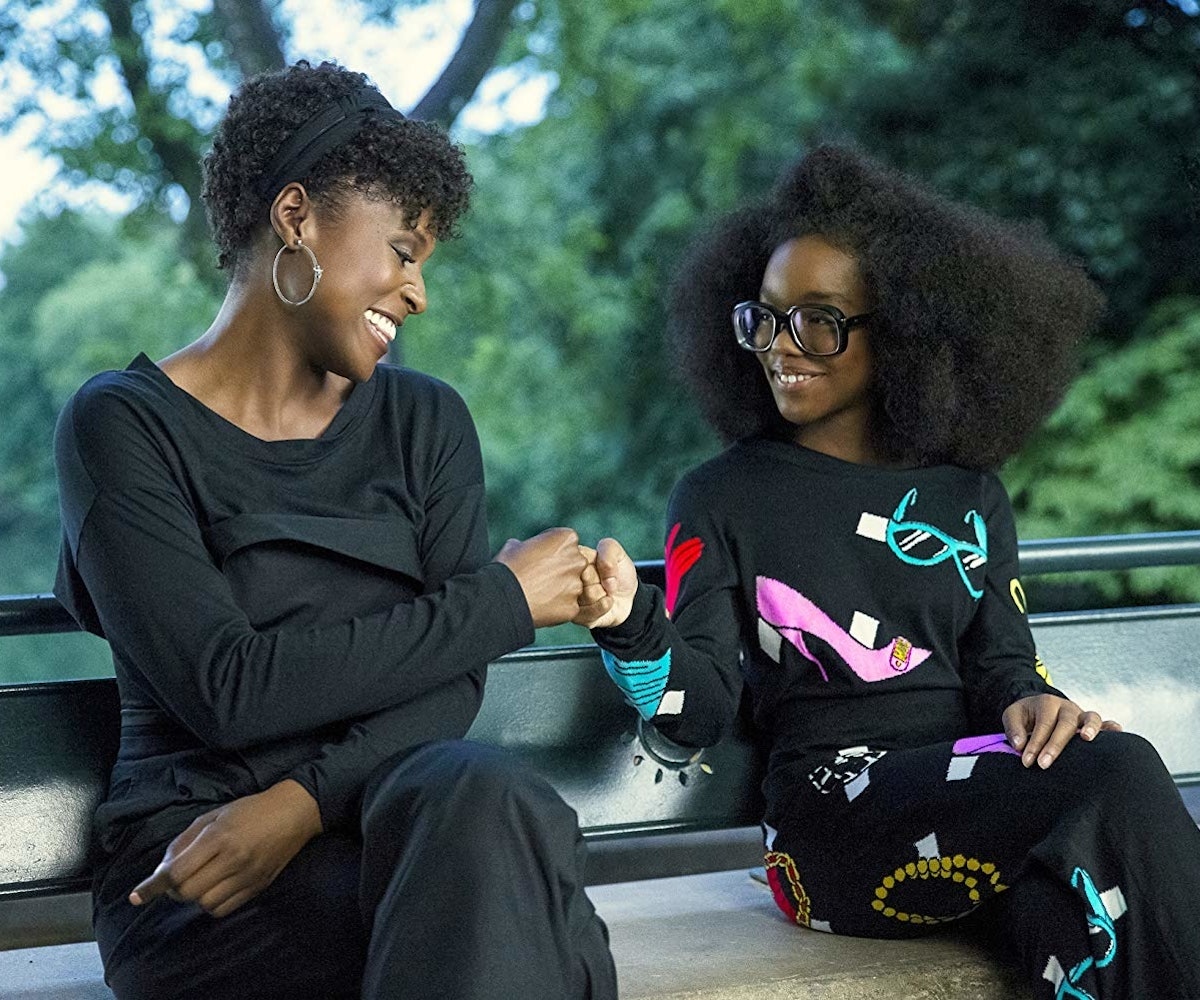 Little,the film executive produced by Marsai Martin and starring Martin, Issa Rae, and Regina Hall, hit theaters this weekend, and it succeeded in doing something that far too few movies do: It attracted crowds from multiple generations. This includes me, a millennial; I sat in the theater amongst girls who didn't even meet the suggested 13-year-old viewing age, as well as those who surpassed me in age by at least two decades. What the majority of us had in common, though, was a desire to see Black girl magic play out on-screen—and Little delivered on this.

While critics of the film cite Little's refusal to commit to either kid-friendly family fun or a kid-assisted adult comedy as its downfall, Little's generational stretch is what strengthened the beautiful tribute to Black girl magic that gives the movie its charm. Little is a classic body-swap tale, wherein Jordan (Hall), head of a successful tech company, who rules with an iron fist and a nasty attitude, wakes up one day in the body of her middle school self (Martin). This little bit of plot-driving magic occurs after Jordan is rude one day, both to her assistant, April (Rae), who is struggling to find her voice and craves the opportunity to pitch her own app idea, and to a young girl, who wishes that Jordan was little again, since maybe that would teach her a lesson. And, wish granted: Jordan gets miniaturized, and audiences get a glimpse into the magic of Black girlhood.

The screenwriters did a great job at making both Jordan and April interesting and relatable characters with depth and dimension. They tapped into the generational differences that thread the experience of Black girl- and womanhood today by representing the creative, entrepreneurial spirit of Black women, and the gratification of getting to operate in a "for us, by us" manner. This can be seen in the new product Jordan is pushing, Homegirl, which is basically Alexa, but from "around the way," and shaped like a Black woman's head with finger waves. Even in her tech endeavors, then, Jordan is contributing to a world in which she can see more of herself. Although they have their differences, it's easy to imagine that, for April, working for such a powerful Black woman is something she bragged to her friends about when she was first hired. And while April has been working on her own proposal for an app that lets people see the world through the eyes of a child, and is terrified to present it to Jordan, one thing they can bond over is the way that Connor (Mikey Day)—a rich white boy who happens to be one of Jordan's company's biggest clients—is a pain in the ass to both of them. He's a too-real reminder that, no matter what level of success Black women reach, white privilege is always lying in wait to ruin everything.

Still, though, while these two Black women have ended up in the same industry, and could potentially bond over that, their different outlooks reveal the generational divide that diversifies the Black girl experience. Gen Xer Jordan thinks her career is a fight that she must always be waging, and winning. She's embraced an exceptionalist narrative about herself as one of few Black women willing and able to do her job. Meanwhile, millennial April is willing to do the work, but she's way more optimistic about the potential for things to work out. She's got faith in her own creativity and believes that things will be okay as long as she's treated with fairness—however, since she's not always treated fairly, she has a lot of insecurity about her professional future. You can also see these differing perspectives in each woman's views on relationships. Jordan is fine with casual encounters because who has time for love? April is single and ready to mingle, but can never close the deal because she's kind of awkward, and doesn't see romance as a series of power moves. And neither of these women understand the brutal politics of Gen Z, which Jordan gets a crash course in when she—in her little body—has to return to middle school.

Despite these differences, though, Little ultimately lands on this important lesson: Black girls need each other. No one is ever going to be more invested in the prosperity of Black women than other Black women. Period. For Jordan that looks like loving herself unconditionally and finally giving April a chance to shine. For April, it's learning to honor her own voice. And for the young girl who cast that fateful spell on Jordan, it's learning to believe in her own magic. What was apparent as I sat in the theater watching Little is that Black girlhood is a journey we go on together, traversing barriers and opening doors. We find our way using the guiding lights from those who went before us, and lighting our own along the way, to better serve those who walk behind us. There's a magic to that, but not the kind that only exists on-screen, rather the kind that we see every day, all around, in Black girls and women, everywhere.