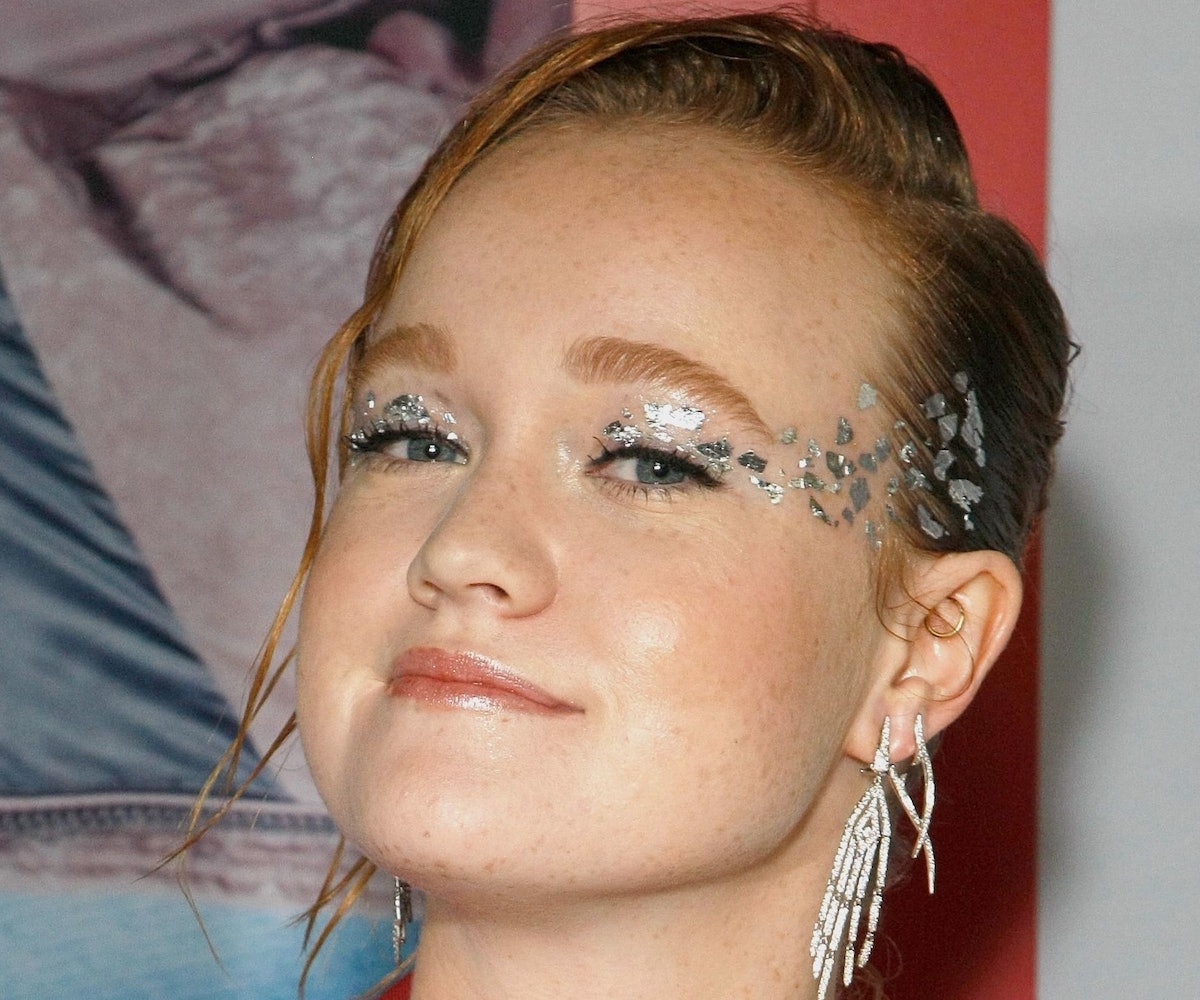 When I think of appropriate holiday beauty looks, an array of shimmers and jewel-tones come to mind. Well, until now. Santa Clarita Diet star Liv Hewson gave new meaning to festive eye makeup at the premiere of Netflix's holiday rom-comLet It Snow, where they wore aluminum leaf, which looked like a metallic snow flurry, all over their eyes and up into their hairline. The graphic eye paired well with their silver jeweled accessories, which included a pair of statement drop earrings, a bejeweled clutch, and sparkly heels.

Hewson topped off the look with a glossy lip and a wet-looking chignon, which hairstylist Eddie Cook described as a "grunge french twist" in an Instagram story breaking down the look. "Tried to keep her natural texture intact including those little wispies," he continued on the following slide, sharing an up-close look at the intricately twisted and pinned 'do.

See their eye makeup from every angle, below, and get ready to recreate for your next holiday party.