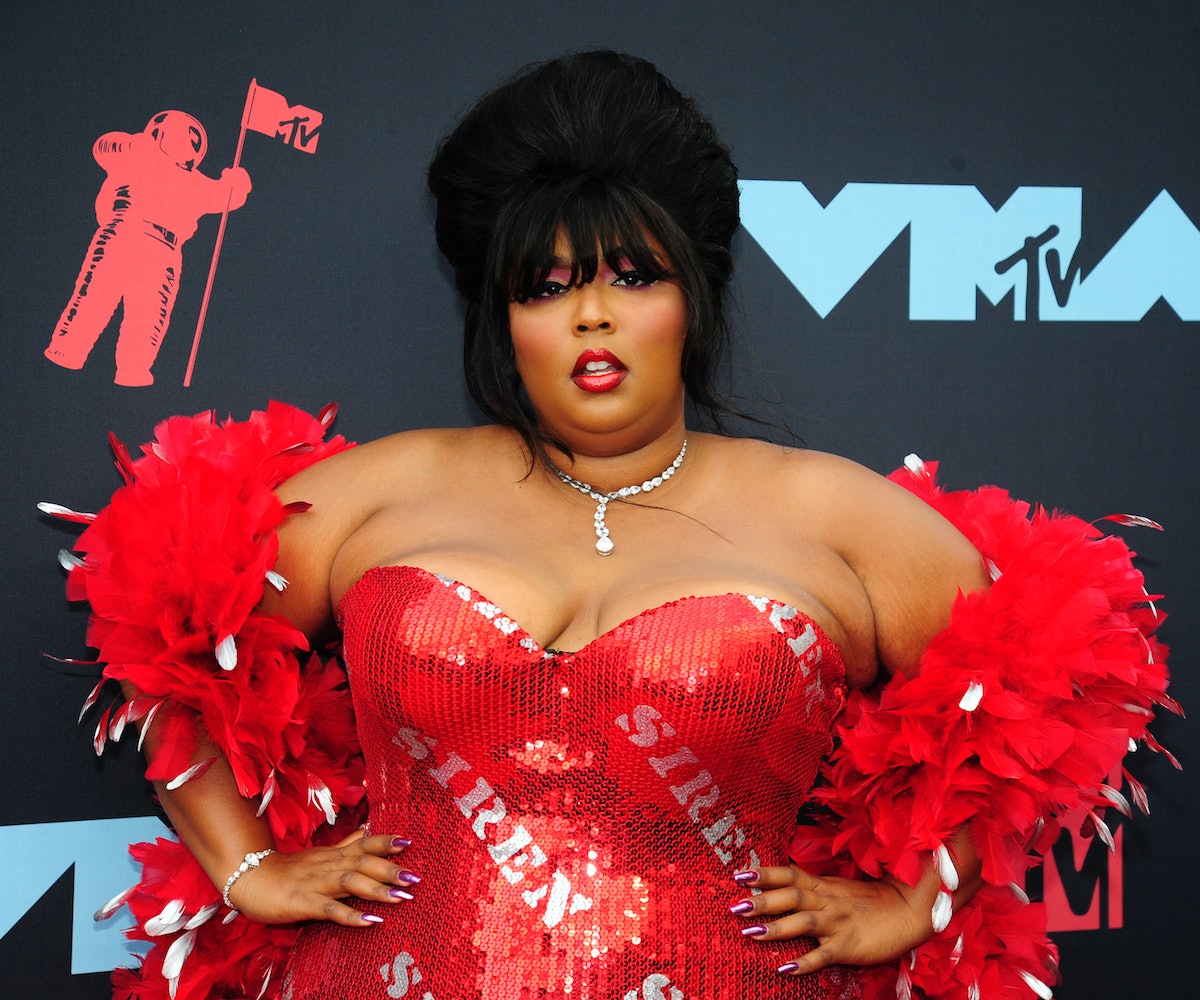 It's Lizzo's world, and we're all just living in it. Coming off the heels of a Best New Artist distinction from the Apple Music Awards and a whopping eight Grammy nominations, Lizzo is capping off 2019 with a revamped new music video for her sleeper hit "Good As Hell" — and it's just as feel-good as you'd hope it to be.

Released Monday, the Alan Ferguson-directed video follows Baton Rouge's Southern University's marching band and dance team as they prepare for homecoming. Lizzo joins in on the fun as she spins alongside the dance team and munches on Hot Cheetos with the marching band. (Of course, her flute makes an appearance.) There's little else that compares to the whirlwind of excitement and spirit of homecoming, and it's fitting way for Lizzo to close out her monumental year.

"Good As Hell" was originally released in 2016 as the lead single of Lizzo's Coconut Oil EP, but the song experienced a resurgence in popularity this past August after Lizzo performed the track at the 2019 VMAs, and has since gone platinum. Following her VMA's performance, "Good As Hell" entered Billboard's Hot 100 at no. 52, and eventually peaked at no. 3, becoming the "Truth Hurts" singer's second top 10 entry. She recently dropped the remix for the "Good As Hell," which features Ariana Grande. Watch the new "Good As Hell" video below.