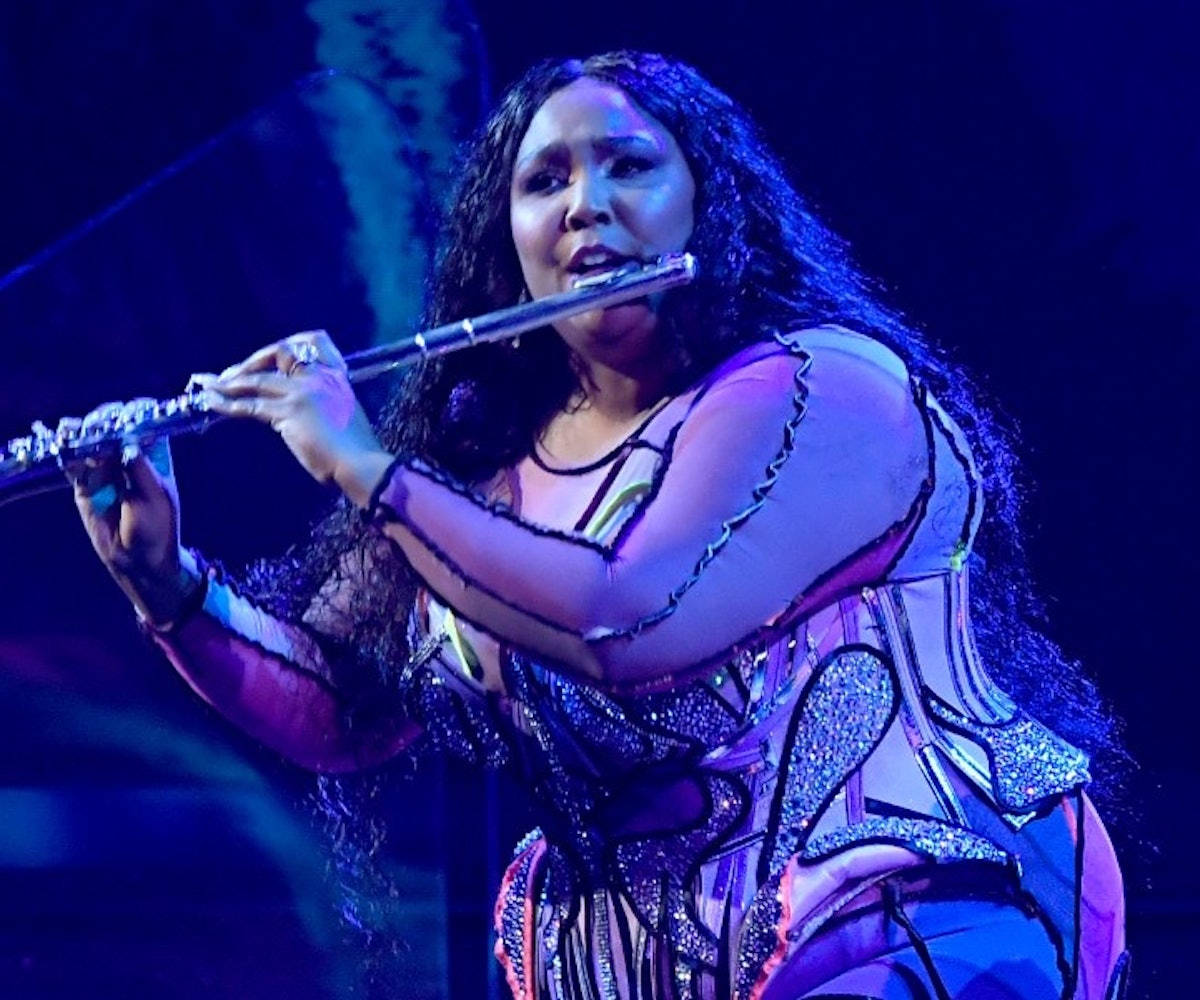 On the night of the 62nd Grammy Awards it was clear that Kobe Bryant's untimely death earlier that day was on everyone's mind, including Lizzo, who opened the show with a dedication to the late legendary basketball player: "Tonight is for Kobe," she solemnly said into the mic. Thus she kicked off her rousing performance, a medley of "Cuz I Love You," and "Truth Hurts," which she delivered while donned in a sparkling custom Christian Siriano ball gown. The pop singer took a quick costume change break in between the songs, clearing the stage for a ballet dancer to momentarily steal the spotlight. And of course, the singer also brought out her trusty flute, ending her energetic set with a short solo and the declarative, "Welcome to the Grammys b*tch!" Watch a clip of the performance below.

Lizzo leads the 62nd Grammy Awards with eight nominations including Record of the Year, Album of the Year, Song of the Year and Best New Artist, Best R&B Performance, Best Traditional R&B Performance, and Best Urban Contemporary Album. Her debut album, Cuz I Love You, was released in 2018. The project's energetic and body positive-centered songs pushed her into the mainstream as one of the most important artists of the current moment — even landing her TIME Magazine's coveted Entertainer of the Year title in 2019.

NEXT UP
Entertainment
Muni Long On The Grammys, Burnout & Not Worrying About The Labels
Entertainment
Raye Explicitly Speaks Her Mind On Debut Album, ‘My 21st Century Blues’
Entertainment
Harry Styles Is Performing At The 2023 Grammys
Entertainment
Annie DiRusso Makes Indie Rock For Your Growing Pains
Style + Culture, delivered straight to your inbox.