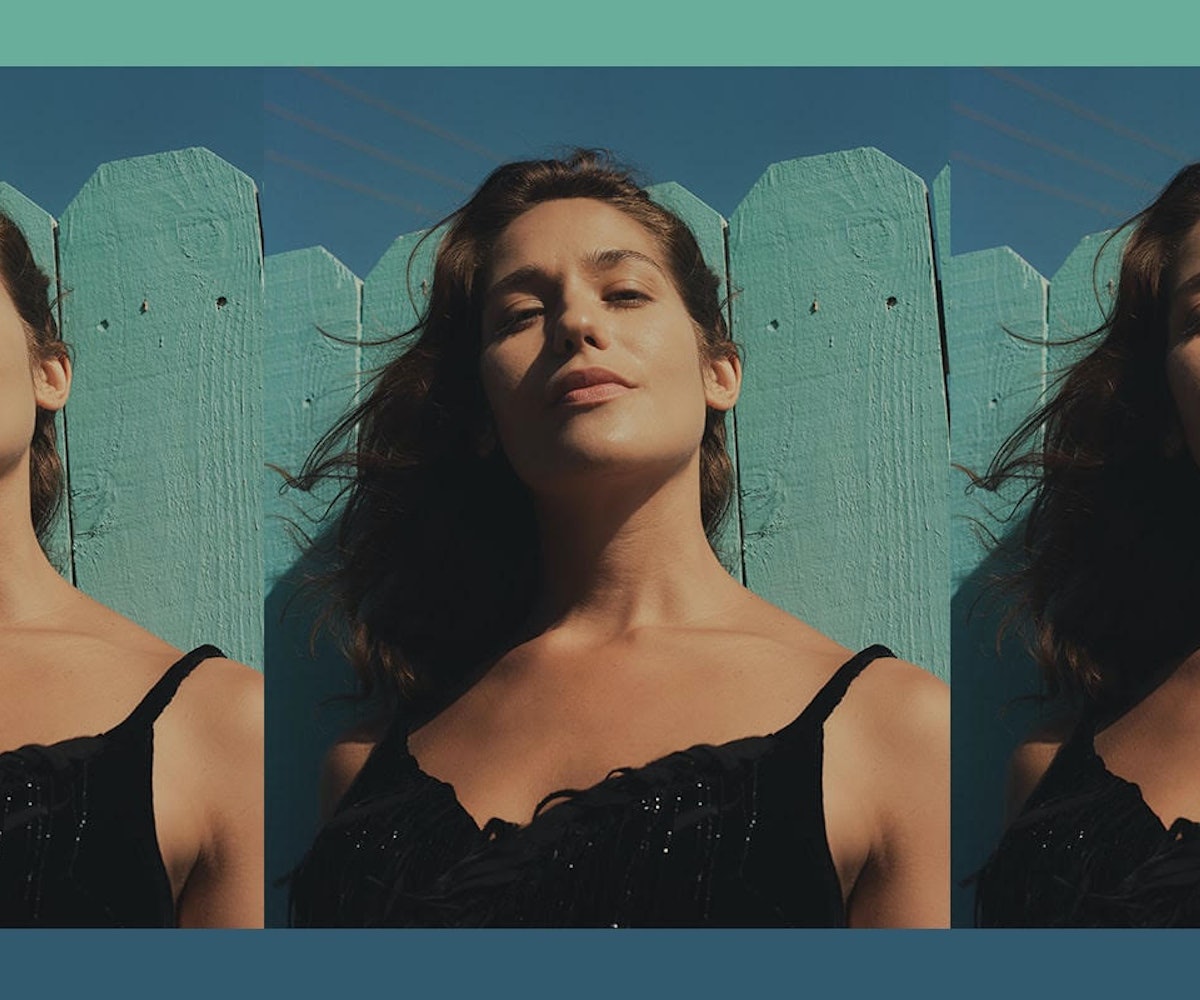 Lola Kirke suggested the introduction to this interview. "Kirke walked in without a bra on and then spilled egg all over her breast," she offered, after letting me know that she is "the messiest eater in the world." We were sitting in Café Mogador in New York City's East Village, talking about her new EP Friends and Foes and Friends Again, which drops today. And, in case you're wondering, "some scary sadist" picked Friday the 13th to release her album, not Kirke: "I'm not into spooky shit. I hate the devil."

Kirke is a country musician who revels in the campiness of traditional country music, effectively turning it on its head. Her newest EP doesn't have a single solo song, which was a choice she made because she "just liked the format," and felt that a small EP had "something a little more casual about it" than the full-on LP release she had last year.

Friends and Foes and Friends Again contains the musical influence of old-school country music—a genre which Kirke said she was introduced to by her sister, Jemima, who "has a flair for the camp and tragic, which I think is the country niche"—but isn't merely a retread of the past. "I don't think that the songs are just that straightforward representation of good old country," Kirke said. "I think they do subvert the genre a little bit as well, which was something I was really interested in doing."

Kirke admits to "hamming it up into [the] genre," using classical undertones and inspiration taken from the "traditional country format of duets," but her lyrics are decidedly modern. There's a song centered around queerness, which Kirke notes that she hasn't really explored in her music yet, and one about drugs. Of course, country has a long legacy of turning taboo topics into musical fodder. Kirke points out that many huge country stars have dealt with topics like addiction and alcoholism in their work. "I do think that people sing about being bad a lot. I feel like people make these whole albums that are like, 'I'm going to fuck you up! Love me! Don't love me!'" she said. "I think people were living these crazy lives."

Kirke mentioned country legend Tammy Wynette as an artist whose tumultuous life informed her work, even if it wasn't exactly reflected in it. She said of Wynette: "Her hair is falling out, so she's wearing a wig, and she's married to a guy [George Jones] that is possibly the most impossible husband to have, and she's singing 'Stand By Your Man.' [There's a] constant tension between what the language is and what the sentiment behind it is." Kirke related this type of persona to acting—her other profession—saying, "I think that's part of what being an actor is, too. There is the external, which is the words, and then there is the internal, which is what you express through those words."

Kirke pointed out, though, that country artists were often explicit with their intentions, too, saying, "I do think that there's been a lot of forward-thinking ideology to come out of country music, to normalize things in non-coastal cities." She continued, "Like the Pill—Loretta Lynn sings about that. And divorce. It's been a way of introducing a more conservative Southern population to bigger ideas, and sharing values [with that population]."

Kirke did acknowledge, though, that country is a "historically very white and male-dominant genre," which is why she's excited to take "a format that's traditionally been exclusive and making it more open." She's not alone in this right now—everyone from Little Nas X to The Highwomen are transforming the genre from within it, and the rise of yeehaw culture in the mainstream demonstrates that. However, Kirke hadn't heard of yeehaw culture when I mentioned it to her, nor did she say she feels a personal attachment to its rise. But "so long as it makes good music and brings more people to find the music, then I don't care," she says. "I mean, great."

But, there are limits to how much love Kirke has for all things country. She joked that "there's a lot of bad clothes" and that she really wants to "try to understand how to, like, not wear a Nudie suit or low rise badly washed jeans." She said, "The look of modern country is 'edgy Christians,' and I'm not having it. There's your pull quote."