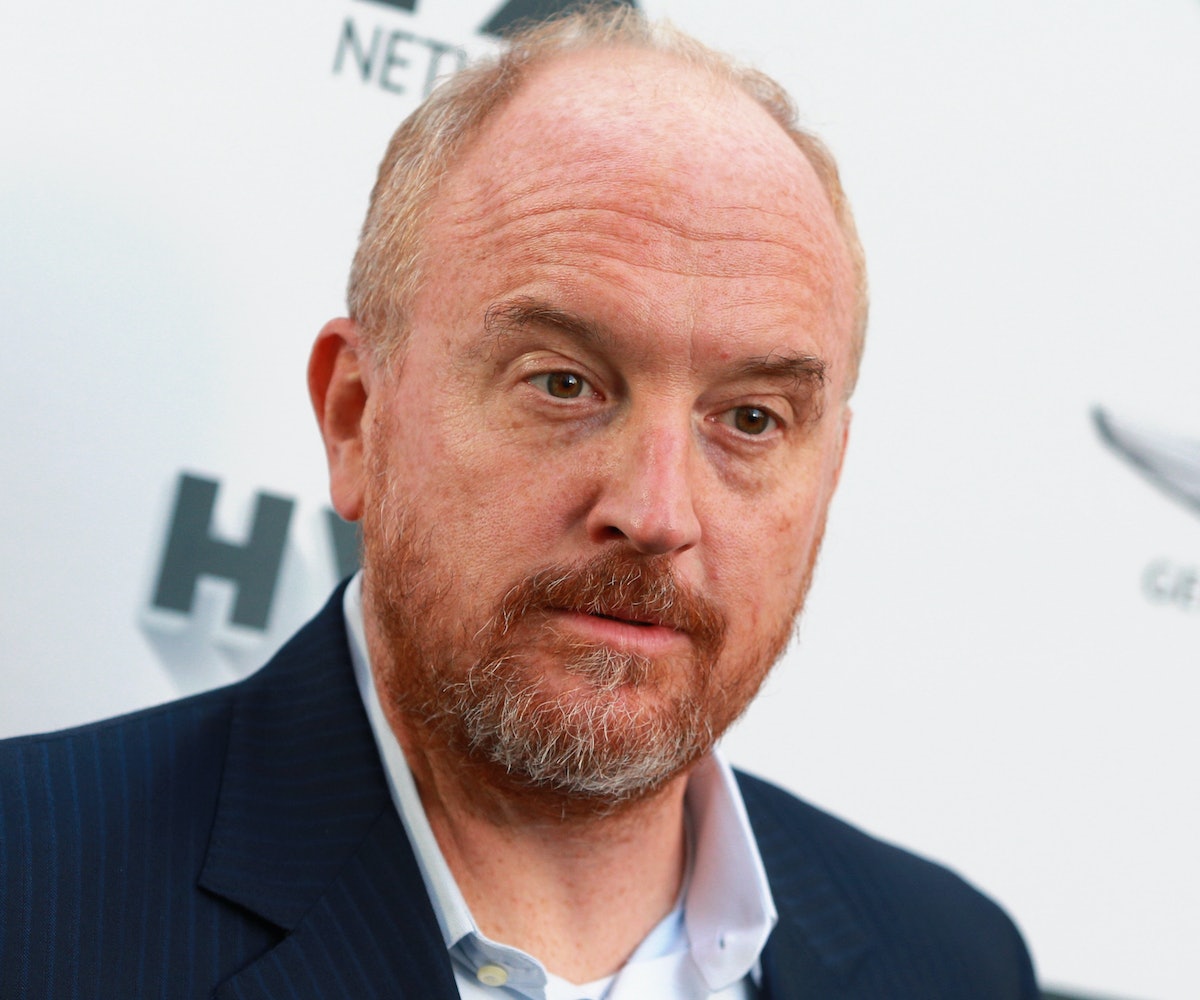 An audio recording of one of Louis C.K.'s recent sets was leaked on Monday, in which he, among other things, mocked the survivors of the Parkland, Florida high school shooting for their activism. Obviously, the students and their supporters are not having it.

The comedian, who admitted to sexual misconduct in 2017 and has been attempting to make a comeback, was reportedly recorded at his December 16 set at the Governor's Comedy Club in Long Island. One of his attempts at a joke references how disappointed he is by today's youth for being concerned with social justice issues and for being activists, instead of "getting high, doing fucking mushrooms and shit" like he did when he was younger. He then calls out the survivors of the tragedy at Stoneman Douglas High School, which left 17 students and faculty dead and many wounded.

"I don't know, they testify in front of Congress, these kids? What the fuck? What are you doing?" he says in the recording. "You're young. You should be crazy. You should be unhinged, not in a suit, saying, 'I'm here to tell—' Fuck you." He continues to make even more offensive statements about the victims of the shooting: "You're not interesting because you went to a high school where kids got shot. Why does that mean I have to listen to you? How does that make you interesting? You didn't get shot. You pushed some fat kid in the way. Now I gotta listen to you talkin'?"

In response to the vile joke, some of the survivors have called him out for his insults on Twitter. Kyra Parrow wrote that being a reckless teenager is "not the luxury that we have after seeing our friends and classmates in caskets because of preventable gun violence." Aalayah Eastmond called him out for mocking them "behind closed doors," and offered to have a conversation with him provided he "keep it in [his] pants."

Families and supporters of the victims are speaking out, too. Fred Guttenberg, whose daughter was killed during the shooting, said in an interview with The Daily Beast that "to try and make a comeback by abusing families like mine only makes him pathetic, disgusting, vile and gross, and he ought to go back to the hole he's been hiding [under] for the past two years." Tony Monalto, whose daughter was also tragically killed, said that "the surviving students should be applauded for their ability to speak out and express themselves" instead of being joked about. We agree.