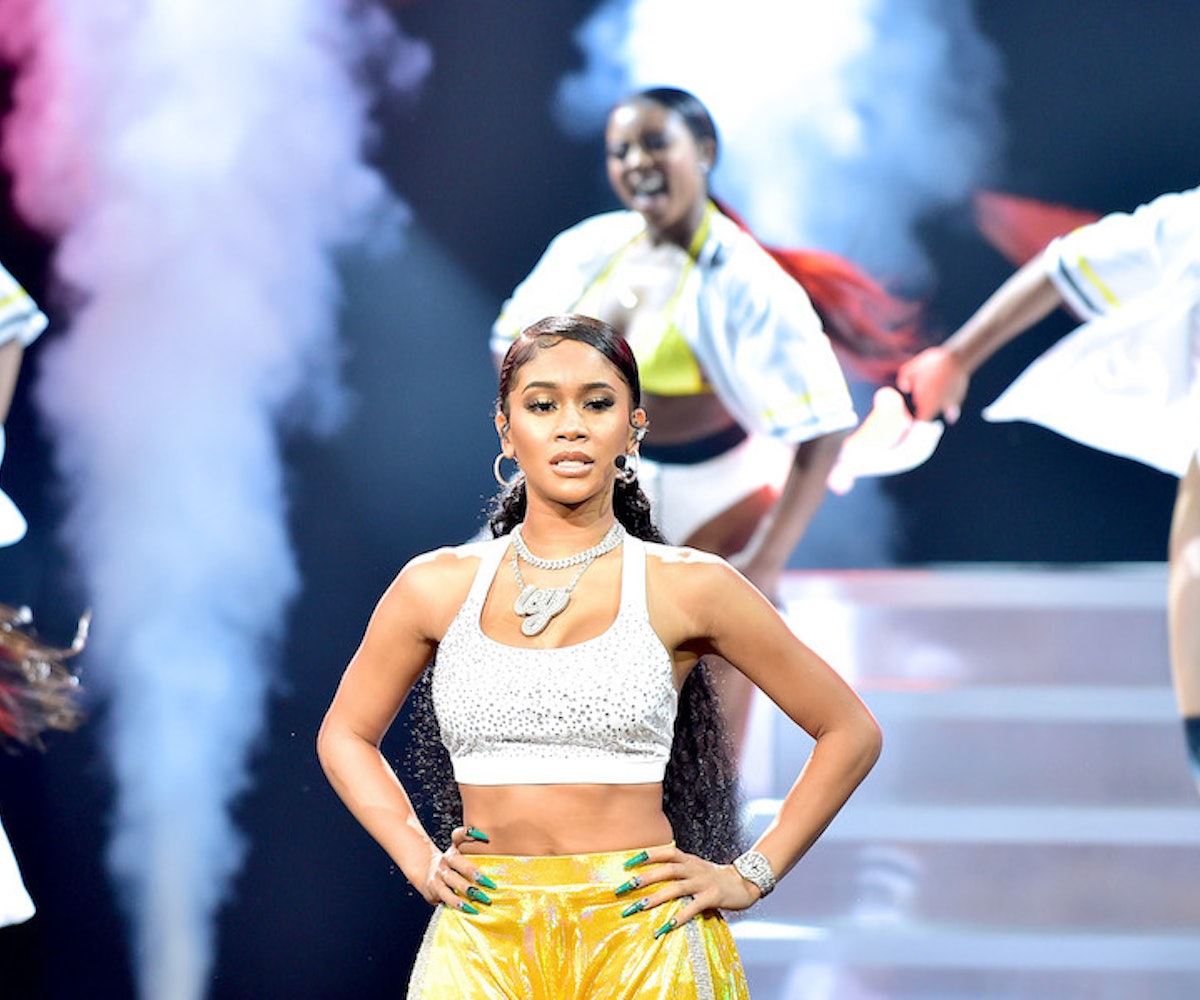 Goldenvoice knows nostalgia is the ticket to music festivalgoers' hearts, and the company behind Coachella is doubling down on that premise. The lineup for the newly announced Lovers & Friends Fest is an incredible mashup of current hip-hop and R&B tastemakers and stars of the near-distant past.

Ms. Lauryn Hill, Usher, Ludacris, Lil Jon, TLC, Jhene Aiko, Summer Walker, Megan Thee Stallion, Nelly, Saweetie, and T-Pain are just a few of the artists reportedly performing at the festival come May 9 at Dignity Health Sports Park, right outside of Los Angeles. You can drop down and get your eagle on, sing-shout "No Scrubs," and kick off Hot Girl Summer 2 all in one 24 hour period — maybe 2020 isn't so bad after all.

Or is it? Shortly after the festival was announced, music fans wondered whether it was too good to be true. With such a stacked lineup, how could every artist listed possibly happen to be free to perform on the exact same day? Other discrepancies emerged as well: Lil Kim and Twista both noted on social media that they were not confirmed to perform, and fans noted Megan Thee Stallion also appears as a headliner for Broccoli Festival, happening on the same day — in Washington, D.C.

So will Lovers & Friends just be Fyre Fest 2.0? NYLON reached out to Goldenvoice for comment, who confirmed that while the festival is definitely happening, the exact lineup may not be. "Our festival is 100% confirmed. Lineups are always subject to change," a rep said over email.

The Lovers & Friends Fest will happen a week after the also newly-announced Cruel World Fest, which features its own brand of nostalgic artists like Morrissey, Blondie, Devo, and Bauhaus. A presale ticket code for Lovers & Friends is available on the festival's website. Presale begins Thursday, Feb. 20 at 10 a.m. PST, with tickets for the general public going on sale Friday, Feb. 21 at the same time.

Check out the (alleged) lineup, below:

This article was updated on 2/19/20 to include a comment from Goldenvoice.