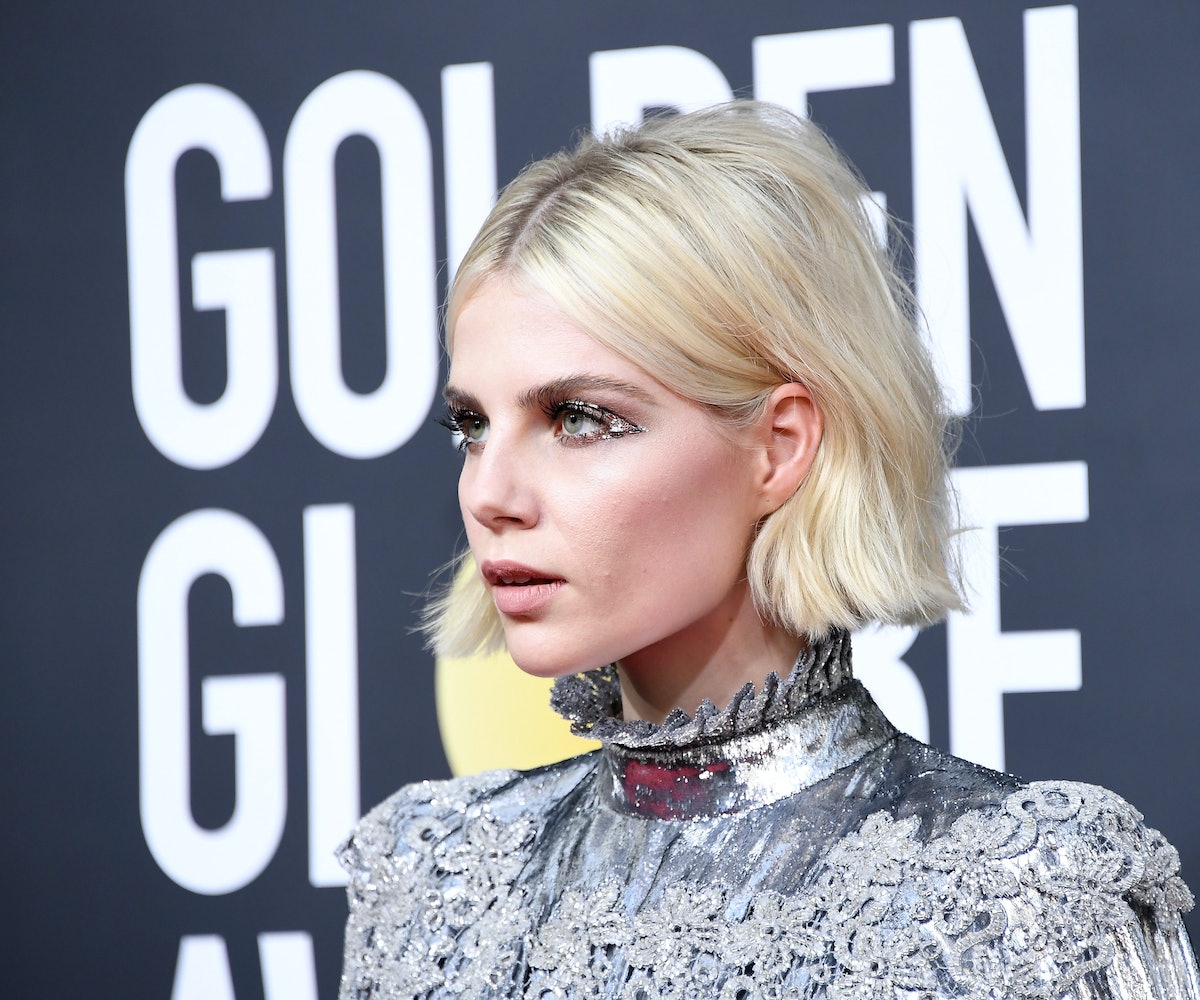 To match the energy and excitement around the nomination for Netflix breakout show The Politician, Lucy Boynton's 2020 Golden Globe makeup look went all the way out — in the very best way. The British-American actress took the red carpet — with boyfriend, Bohemian Rhapsody co-star, and nominee Rami Malek — in an otherworldly, silver custom dress by Louis Vuitton, complete with cinched sleeves, floral appliques, and a high neck. She paired the gown with a pair of simple silver sandals.

The futuristic cool carried over to Boynton's glam, too. For makeup, she wore graphic black liner on the lids, filled in with silver foiled glitter and bold, spaced lashes. The rest of the look was pared-down, featuring natural, brushed-up brows, natural matte lips, and a radiant, porcelain complexion. Her icy blonde bob stayed subtle enough, with easy waves and a one-side braid, dusted in gold glitter.

On Dec. 4, at the Saint Laurent's pre-Golden Globe Awards party in Los Angeles, Boynton hinted to the all-silver look in a much more laid-back black and silver pinstriped blazer mini dress and a thick, leopard-print headband over her blonde bob. Whatever the outcome for The Politician's Golden Globe nomination, there's no doubt that Boynton, whose star has been consistently rising since her role in 2018's Bohemian Rhapsody, is one to watch — from the screen to the carpet.