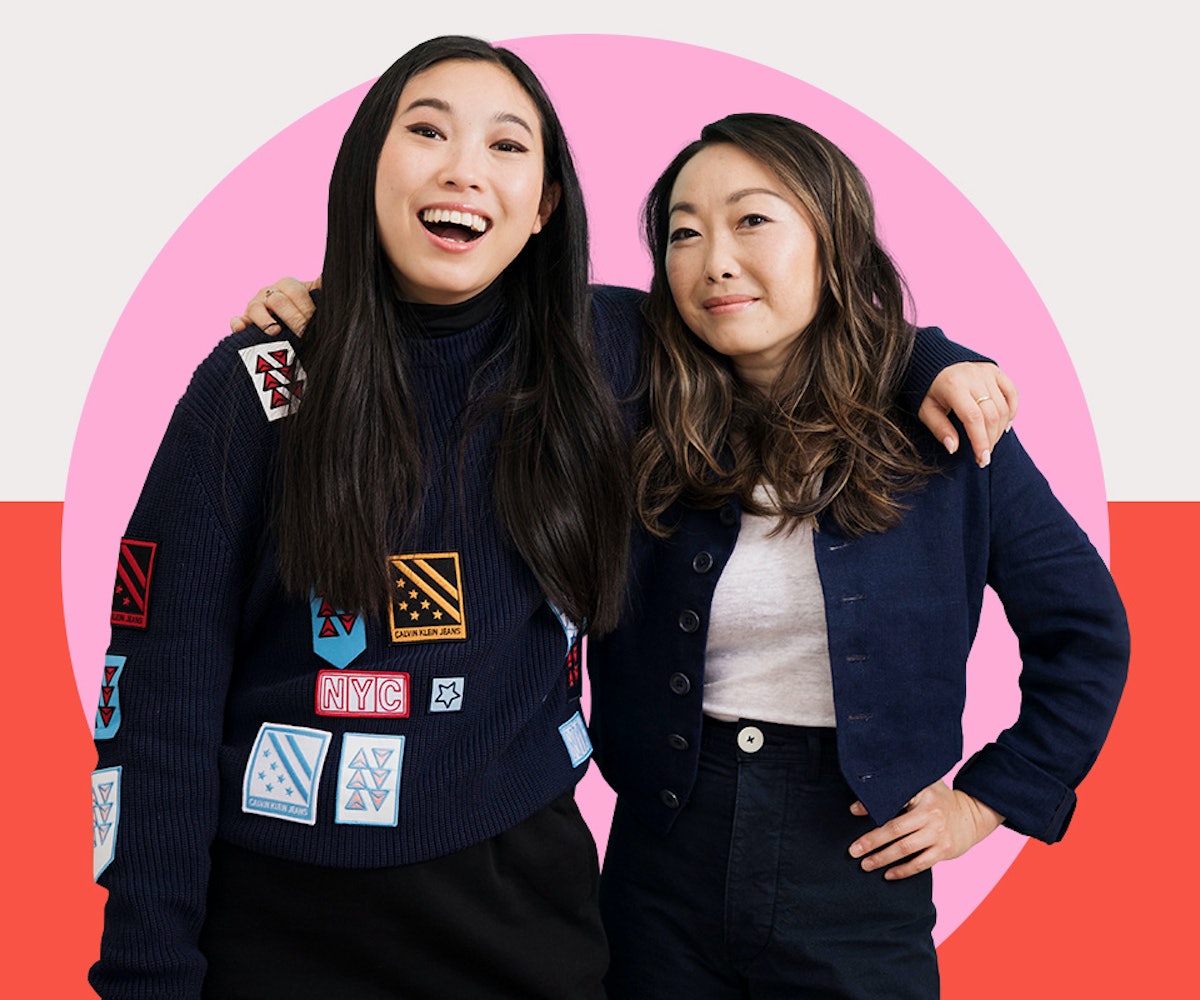 The runaway hit of this year's Sundance Film Festival, The Farewell, is not based on a true story, per se, but actually a true lie. In the film, Billi, played by Awkwafina in her best role to date, travels to China to visit her grandmother Nai Nai (Shuzhen Zhou) who has just been diagnosed with terminal cancer. The catch? Her grandmother has no idea she's dying—and her family is keeping it that way. Rather than upset Nai Nai, Billi's family hide the truth and come together to say a final farewell under the cover of a fake wedding.

A film that walks a perfect tightrope between comedy and tragedy ensues, The Farewell will have you crying from laughter one minute, from sorrow the next, and calling your grandma as soon as the credits start rolling. In a cinema in London, I spoke to writer-director Lulu Wang about familial responsibility, what food means to Chinese grandmothers, and why The Farewell isn't an Asian-American story.

So, The Farewell is based on a true lie…

It's true! This was a true lie that happened in my family. At the time it happened, I was making a screwball comedy, and then the experience of my grandmother being diagnosed—and the lie—happened, and I thought, This is real screwball. I often felt really sad, of course, but there were moments where it felt so ridiculous, I thought, This has to be a movie.

Did you feel a sense of responsibility to represent the truth of your family's story?

Definitely. I love my family and, out of respect for them, I was often torn between my responsibility to the film and telling the truth versus responsibility to my family and making sure I wasn't portraying them in a way they were uncomfortable with. That could be challenging because there might be things they were really proud of that they wished were in the film but didn't fit the story. And especially when you have to distill a character into something so small and they're like, "That's out of context, I'm more than just that." But, in a movie, it's just that.

Tell us about the casting process, and getting Awkwafina on board.

She was the first one we cast because we couldn't green-light the film without having her on board. I wasn't that familiar with her work; I knew some of her music videos, but this was before Crazy Rich Asians and Ocean's 8. When my producers said that Awkwafina wanted to meet with me and she loved the script, I was like, Wasn't she the girl that did My Vag? I wasn't sure if that was who should play this version of me. But, of course, when we met, she explained that Awkwafina's a character that she uses for comedy roles and her music, and the close relationship she has with her Chinese grandmother. She sent in a self-tape, and when I saw it, I knew she was perfect for the role.

The film balances comedy and tragedy so well. Did you find that balance in the writing process?

I always knew in the writing process that that was the tone I was going for. It's often difficult to capture that on the page because it isn't slapstick, and it isn't in the dialogue. So much of it is found in the framing and two different things going on at the same time. When I was writing the script, we hadn't location-scouted yet, so we didn't necessarily know how that was going to work and how much background I could include. I often find the humor once we location scout, and when I'm shot-listing with my cinematographer, we look for the comedy.

And then the cast all brought their own brand of humor. You cast the actors, and if you know that somebody has a great face that just makes you laugh, then you want to use it as much as possible.

How did you approach shooting the scenes in China versus the U.S.?

We had this idea of shooting very still and very wide frames because it presents a sense of theatricality. In China, everyone's performing: The actors are performing the characters, but the characters are also performing a wedding for Grandma's sake, so these frames allow you to feel the theatricality of what they're putting on.

Whereas in America, we had a lot more moving cameras, so it felt more fluid and organic. We really exaggerated the use of wider aspect ratio in China because we could fill the entire frame with family. Wide-aspect ratio is usually used for landscapes and outdoors, but we decided to use it to portray the landscape of the family. Then when you take the family away and you have Billi alone in the frame, you really feel her isolation in China.

How you represented China was interesting as well; in film, it's so often neon lights and skyscrapers.

The film's location is actually my grandma's real hometown in Changchun in northern China. It's what most of China looks like that isn't super Westernized, the way that Beijing, Shanghai, and Hong Kong are.

There's a lot of food in this film, but not in the typical way we see Chinese food on screen.

We specifically decided not to shoot food on its own. We wanted to avoid food porn of any kind, and we wanted the food to feel organic in a scene. People are always eating because that's just what they do, but we also wanted to use food as a source of tension. The first thing you lose when you're grieving is your appetite, but, when you go back to China, the thing that makes grandma, who's dying, the happiest is when you eat—and you have to eat when you go back, because that's the way Chinese people express their love. To reject food is to reject their love.

The Farewell is being hailed as part of a movement toward better Asian-American representation. What's it like for your personal story to be part of this cultural shift?

We made this film before Crazy Rich Asians even came out. It's wonderful to see the momentum of stories like this, and it's really important to have representation, and if this film can allow more films like mine to be made, that's really wonderful. But at the same time, I didn't make the film because it's Asian. I'm not looking at it in that way; I think that's a very Western perspective, this self-awareness of identity.

I'm not looking at it from the outside, I'm living on the inside of the experience, so I'm just telling a personal story the same way a non-ethnic American would tell a story about their family. Their story just gets to a family story, mine always has to be the hyphenate of Asian-American story. I think that what's important for me is that we're not labeled as an Asian-American cinematic movement, but it's more about what America looks like today and that we're all hyphenates. We all bring different cultures to America, and that's the beauty of being American. So if we can tell stories that represent the diversity of the country, then that helps us understand each other better.