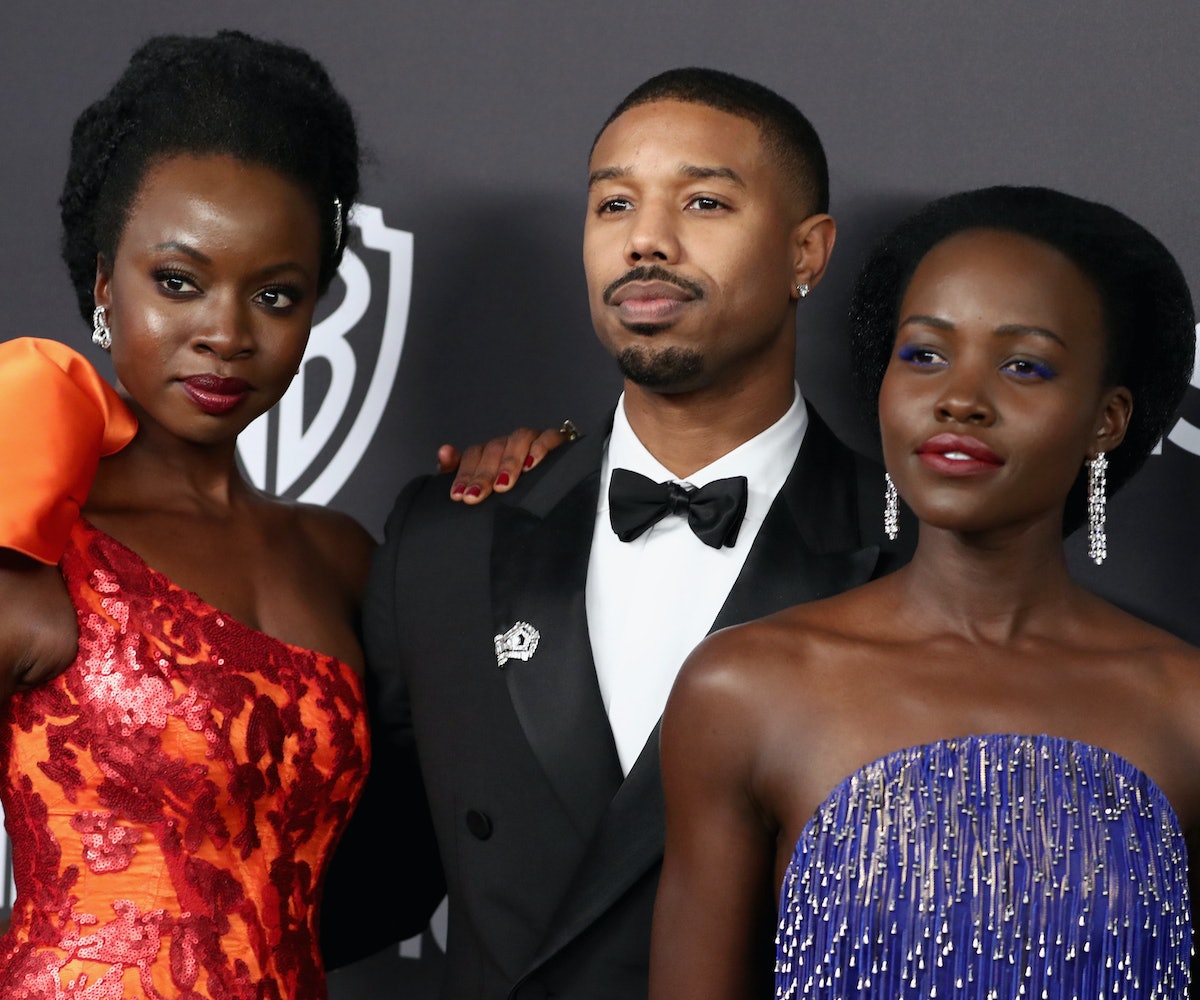 Lupita Nyong'o just fulfilled all my fantasies by posting a Golden Globes promo video where she got to kiss Michael B. Jordan and Danai Gurira. I'm living!

The video, which Nyong'o posted to Twitter on Sunday night, is captioned, "When the cat's away..." which did not prepare me for the life-changing footage I was about to see. It shows Gurira opening up the Golden Globes elevator doors and catching Nyong'o and Jordan sharing a ~moment~. Feigning jealousy, Gurira marches into the elevator herself, nearly tripping over her Rodarte dress to clamber in.

Since I live in a heteronormative society, and since Jordan is truly a living thirst trap, I was under the impression that Gurira would thrust aside Nyong'o for a kiss with him. But (thankfully) I was so wrong, and Jordan was the one who got sidelined. Bye!

While the kiss was overdramatic, with Gurira bending Nyong'o over her arm, I'm not going to lie and say I didn't let myself believe it was real for a second. Watch my new favorite video, below.