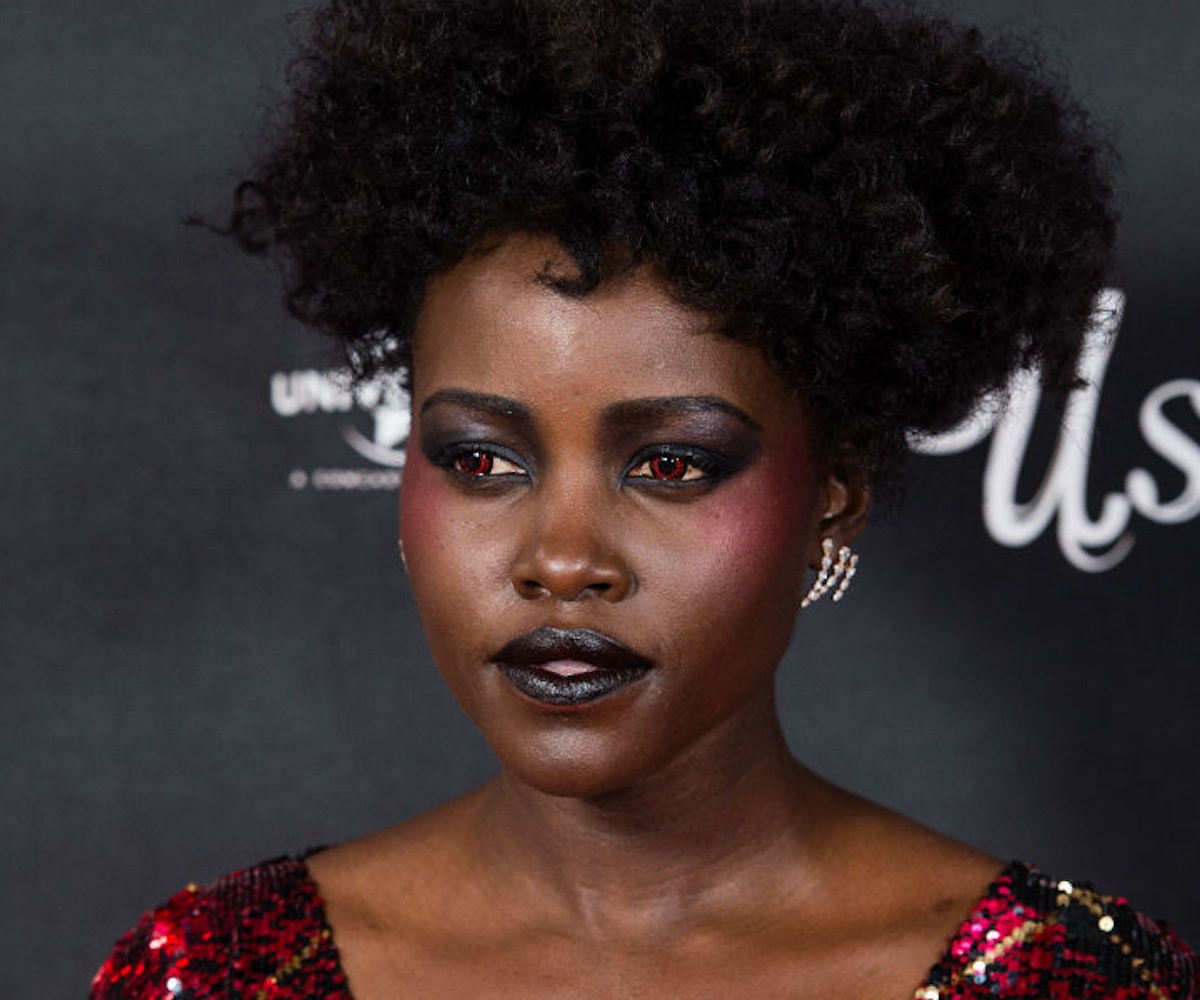 Talk about getting into character. During the London premiere of Jordan Peele's upcoming thriller Us, star Lupita Nyong'o had a little fun on the red carpet by wearing a pair of red contacts.

With such a dramatic accessory, sometimes it's best to tone down the rest of the look, but not when you're Nyong'o. She complemented the contacts with a black lip, a very smoky eye, and copious amounts of blush. Her fiery beauty look paired perfectly with her red-and-black sequined gown. We love all versions of Nyong'o, but we might love the dark one the best.

Colored contact lenses can, a lot of the times, come off as corny—just ask the cast of Twilight. As far as we know, Nyong'o's character doesn't turn into a vampire or imprint on anyone in the film, yet she still manages to make the eye color change look high-fashion instead of costume-y. The range this woman has!