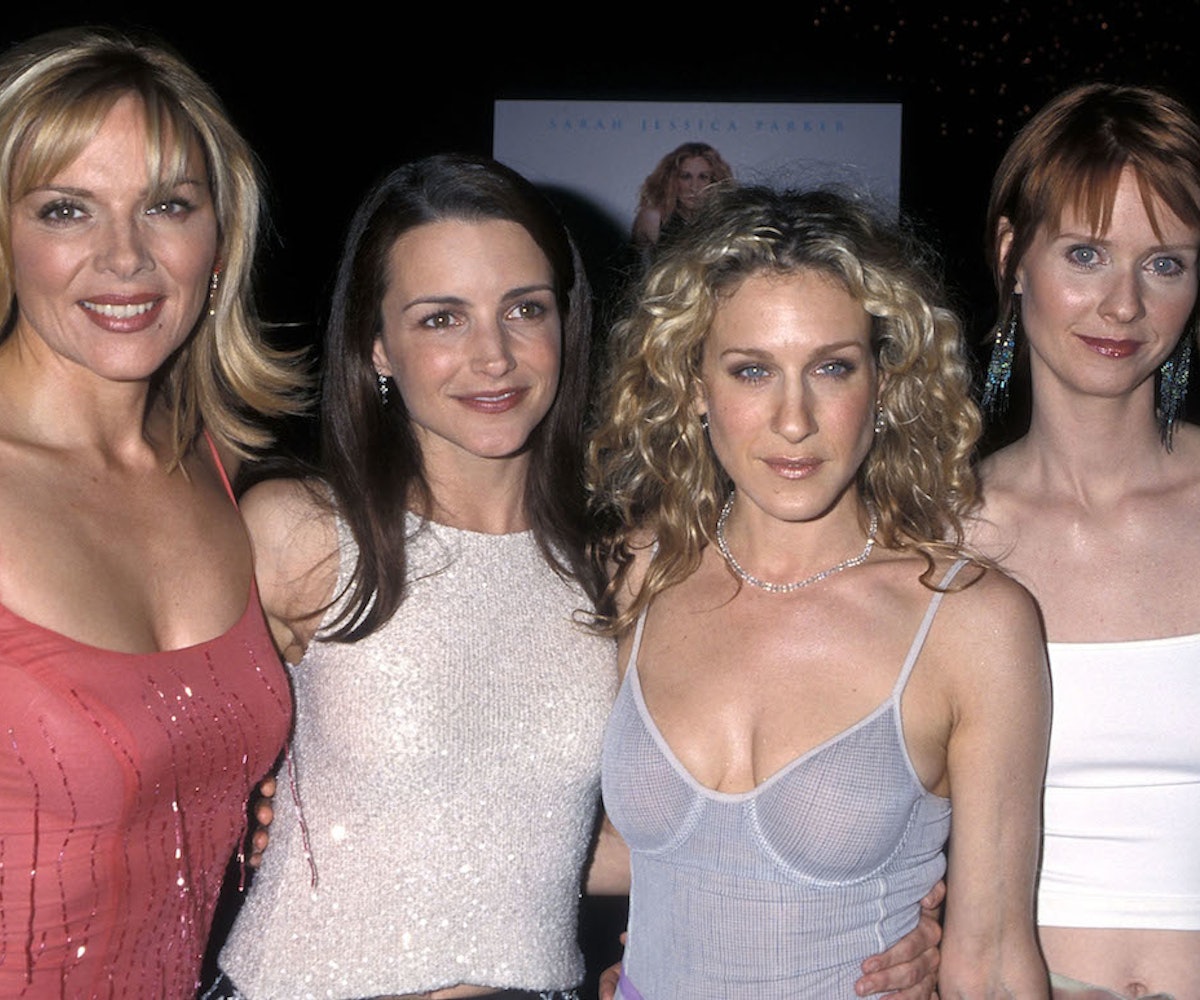 2019 is coming to a close, but based on the year's fashion trends it looks more like we're approaching another Y2K. Global search platform Lyst has released its yearly fashion recap, which highlights our very intense nostalgia for the late '90s/early 2000s, complete with combat boots, clogs, and the ubiquitous Fendi baguette bag.

Other throwback trends that received the 2019 plug include Dr. Martens, Teva sandals, and, yes, jelly shoes. Apparently sweaty and smelly feet are not enough to deter fashion-conscious consumers, as those slippery bad boys saw an 82 percent increase month to month, peaking in April of this year.

When it comes to Fendi's baguette bag specifically, Lyst noted a whopping 164 percent spike in searches. The iconic shoulder bag from the late '90s was thrust into the sartorial spotlight with help from Sarah Jessica Parker during her Sex and the City tenure, but it saw a serious comeback this year thanks to the fashion influencers of today, including Bella Hadid and Kendall Jenner. Unsurprisingly, Fendi's classic Zucca print was also dubbed the most wanted logo of the year.

Despite the resurgence in tiny handbags (we're looking at you, Jacquemus), Lyst is predicting a revival in oversized bags come 2020, meaning our lust for the early 2000s is still very much alive and well. Prepare to see the trend welcomed by big bag OGs Mary-Kate and Ashley Olsen, who have already reintroduced oversized leather shoppers through their high-end line The Row. (And will always be remembered for toting around a large Balenciaga City bag during their NYU years.) This extra room in handbags means we can finally put both our phones and wallets back in the same place. We are so lucky.