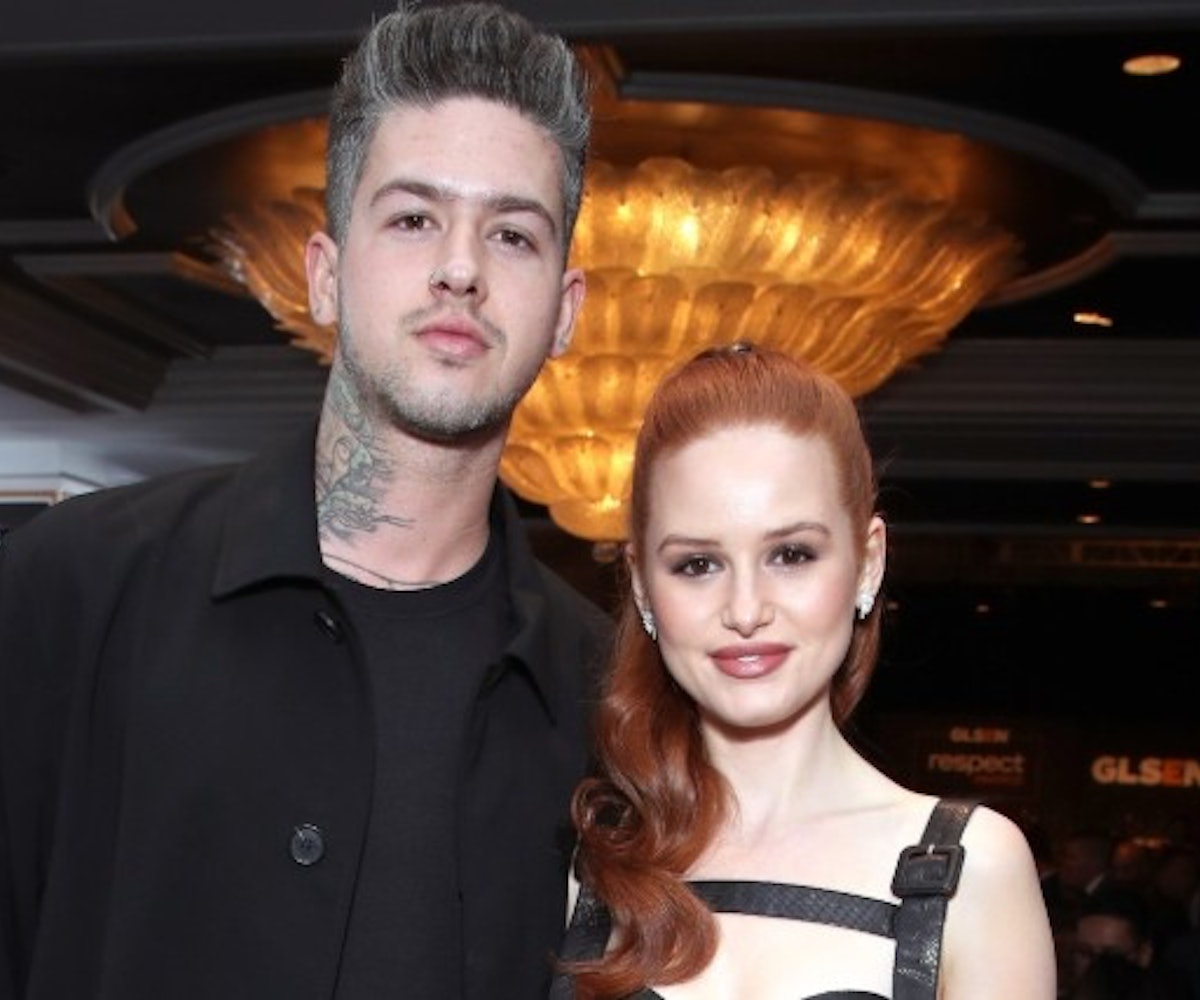 Riverdale star and YouTube personality Madelaine Petsch and her boyfriend, Travis Mills, have officially called it quits. The couple had been dating for three years, but were making fewer appearances on each other's Instagram feeds over the past couple of months, sparking rumors that they were on the way out.

The couple first started dating back in February 2017 after Mills slid into Petsch's DMs to congratulate her on Riverdale.

"He congratulated me on the show. He had auditioned for Jughead. I think we just randomly had mutual friends, so we added each other," she told Cosmopolitan in October 2017. "We kept in touch very rarely, not even that much, from January to February, and then the day I got back from season one in February I was bored in L.A., believe it or not. I was like, 'What am I gonna do?' I got my hair cut and he texted me like, 'Let's go to a movie!' We hung out and spent every single day together that I've been in L.A. since then, since February."

Petsch further fueled speculation of a split when she attended Oscar parties earlier this month solo. A source told Us Weeklythat she has already "moved her stuff out of his Los Angeles place."