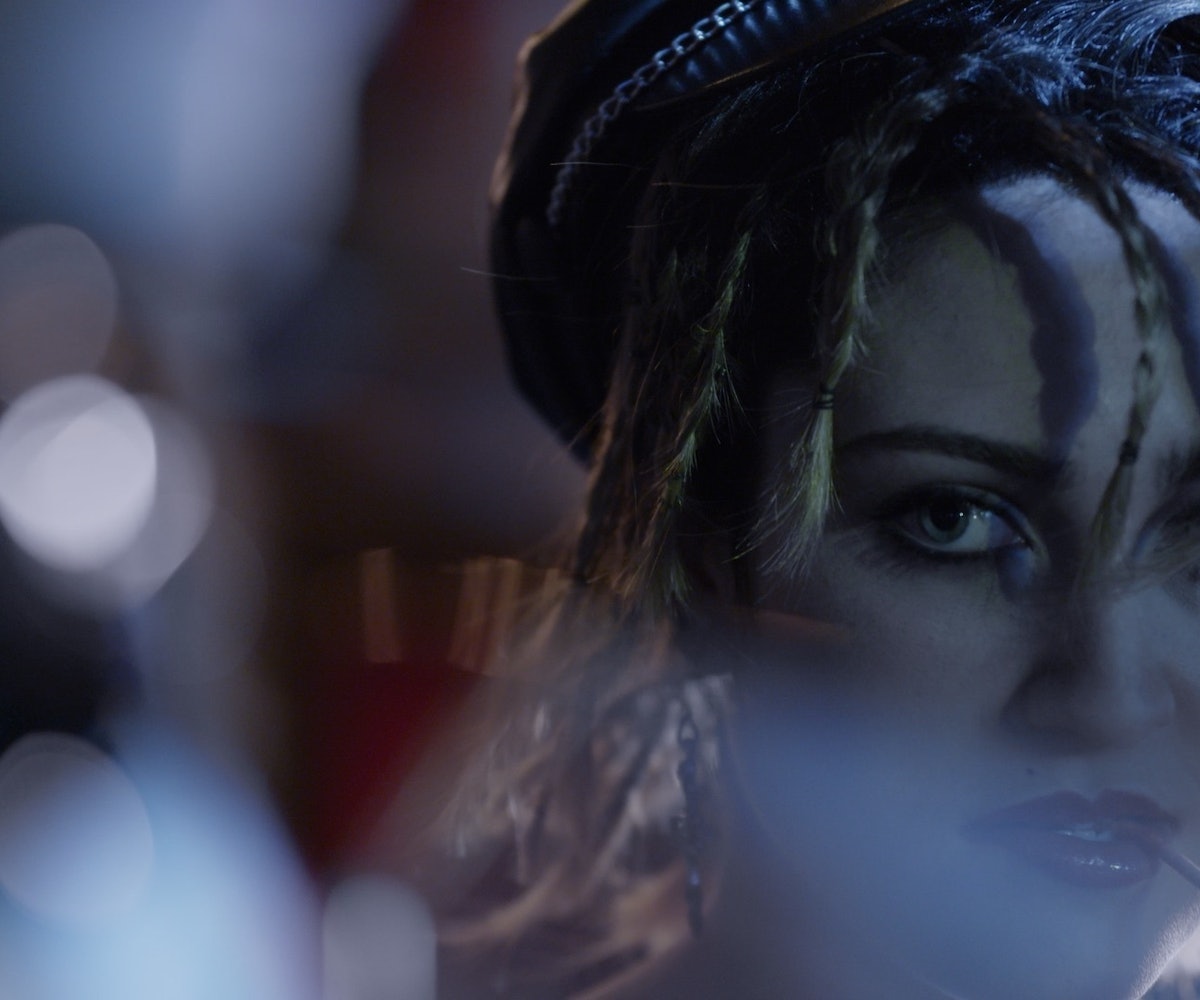 Photo courtesy of The Orchard Films.

You've led one hell of a life when a movie can be made about the part before you became one of the best-selling artists of all time. This is the case, though, for Madonna, whose life as the frontwoman of a band in NYC during the '80s is the focus of the upcoming docudrama Madonna and the Breakfast Club. The film is set to arrive on digital and VOD on March 12.

In the film, the rest of the Breakfast Club—which included brothers Dan and Ed Gilroy—talk about the early days of their musical act, the evident star power of Madonna, and the drama that came with Dan and Madonna's romance. An ensemble cast fill in the blanks, recreating events from that past in classic biopic style. Jamie Auld's is by far the most convincing Madonna portrayal I've ever seen.

What gets repeated over and over again is that Madonna, even back then, was always hustling, looking for ways to catch her big break. "She is the one who made it happen for herself," one of the band members says in the trailer. And she really did make it happen: She's sold over 300 million records worldwide, and is worth an estimated $590 million. She's kissed both Drake and Britney Spears on the lips. Hustling might actually be an understatement here.

Check out this exclusive clip of Madonna learning to lay the drums, below.