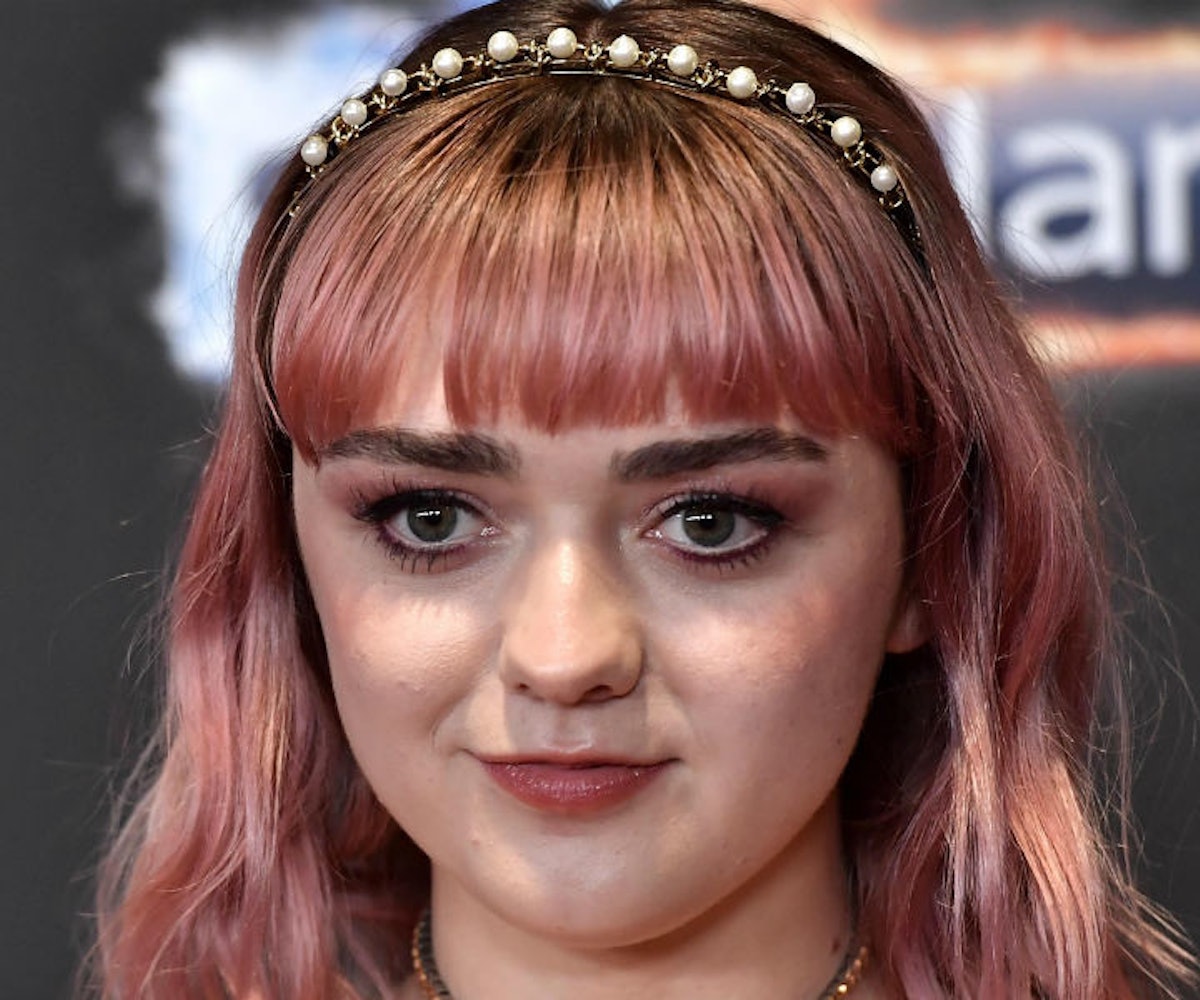 Warning: Game of Thrones spoilers ahead

Last night, during the end of Game of Thrones, fans around the world found themselves worshipping at the altar of Arya Stark. During the Battle of Winterfell, the now sexually active character killed the Night King and stopped his icy legacy from continuing. It was a moment that erupted in praise and memes and everything in between, but, as actress Maisie Williams reveals, some people—including her boyfriend—weren't happy that she was given the honor.

Williams told Entertainment Weekly that being chosen to kill the Army of the Dead leader was "unbelievably exciting," but that she thought people would think that Arya wasn't deserving. "The hardest thing in any series is when you build up a villain that's so impossible to defeat and then you defeat them," she said. "It has to be intelligently done because otherwise people are like, 'Well, [the villain] couldn't have been that bad when some 100-pound girl comes in and stabs him.' You gotta make it cool. And then I told my boyfriend and he was like, 'Mmm, should be Jon though really, shouldn't it?'" The actress is rumored to be dating Reuben Selby, the communications director of her Daisie app. Naturally, fans of the shows were not happy with this reaction and are calling for Williams to break up with him.

Williams eventually came around to the scene: "When we did the whole bit with Melisandre, I realized the whole scene with [the Red Woman] brings it back to everything I've been working for over the past 6 seasons…So then I was like 'Fuck you Jon, I get it.'" Kit Harrington, who plays Jon Snow, adds that he was also surprised, but that he ultimately liked the decision. "It gives Arya's training a purpose to have an end goal," he said. "There's also something about it not being the person you expect. The young lady sticks it to the man."

Yeah, so, take that Williams' boyfriend! Fuck the patriarchy! As GoT actress and Williams' real-life BFF Sophie Turner will tell you, "Arya really is THAT bitch" and don't you ever forget it.