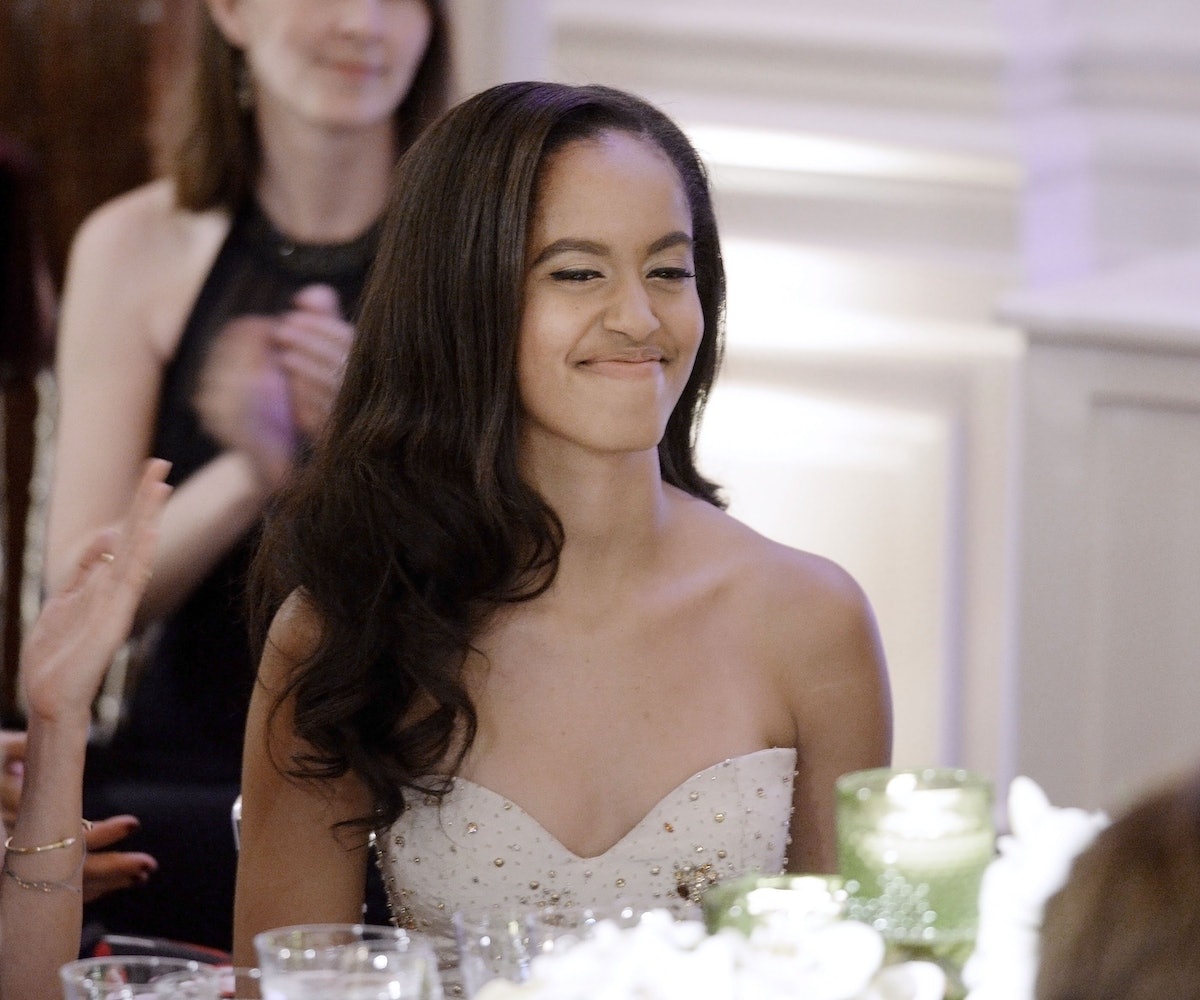 Malia Obama has a Facebook page. That shouldn't be news, but it is. Earlier today, the private page, which the Daily Mail says "operates under a pseudonym and does not appear to have been publicly updated since 2017," belonging to the eldest daughter of former President Barack Obama and First Lady Michelle Obama became public knowledge, along with a photo of the 20-year-old drinking rosé.

The page additionally shows pictures of her traveling with friends and some anti-Trump stuff. It's basically the exact same Facebook of approximately 80 percent of Gen Z'ers (if they even use the platform in the first place), if I had to guess. Honestly, some of my mom's friends have more interesting content. But banality has never stopped haters. Thankfully, most of Twitter has rallied around her, defending her right to be a college student and talk shit about her father's successor all she wants.

The only Malia take that I'm interested in is which one of her extremely disloyal friends continues to leak information about her to the press. In 2016, they leaked pictures of her surrounded by red cups and beer cans, likely playing beer pong. Someone also recorded her smoking what appeared to be marijuana the same year. From kissing her boyfriend to dancing at a concert, Malia is the Obama sibling that is always caught "slipping." I think this means there are some clear snakes in her grass and agree with this Twitter user who thinks she could learn a thing or two from her little sister: