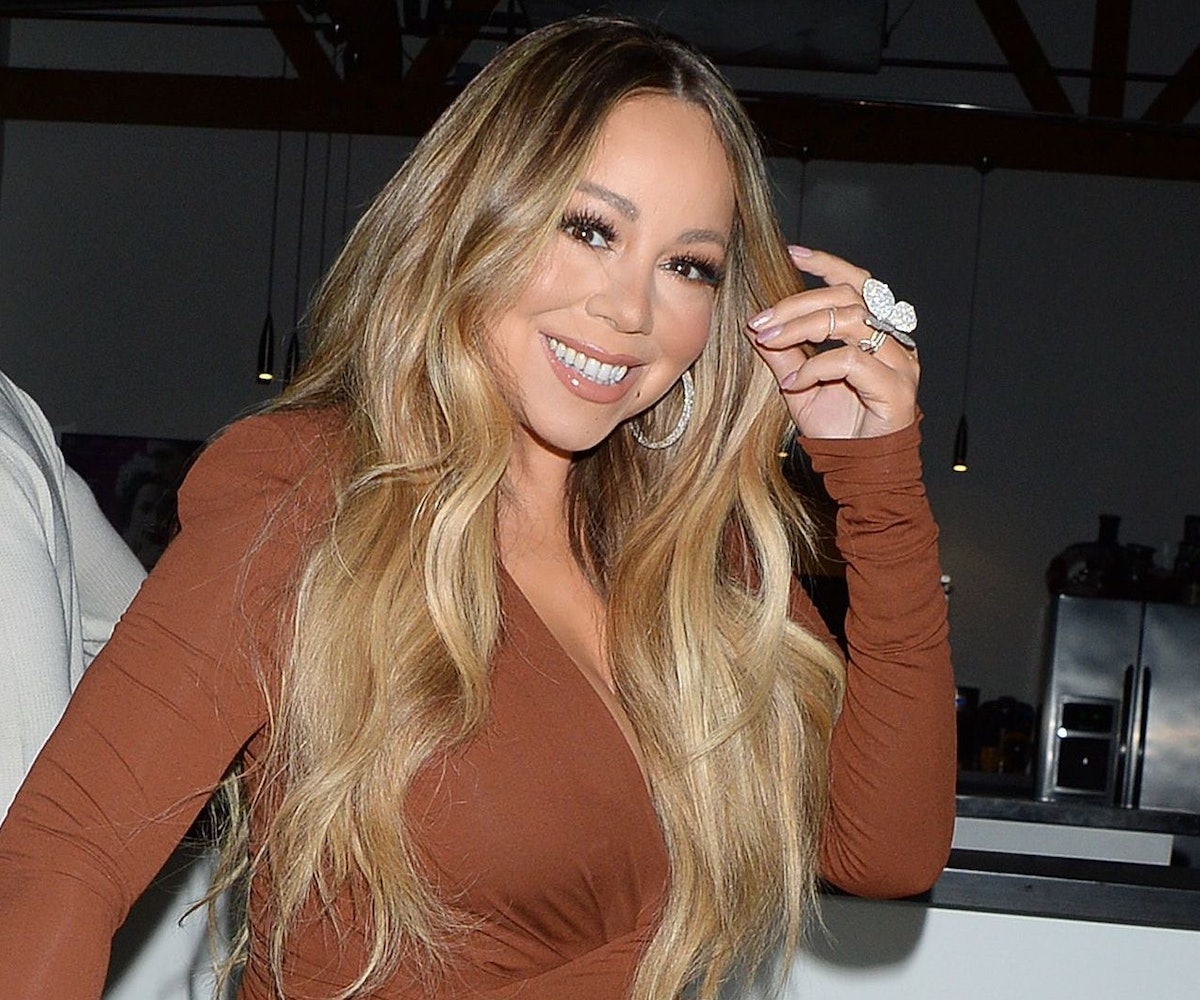 Mariah Carey has written the theme song for ABC's upcoming black-ish spinoff, mixed-ish, and it's both cheesy and adorable. Plus, there are whistle tones galore, a key ingredient for a perfect Carey song.

Mixed-ish takes us back in time from the modern-day black-ish to Tracee Ellis Ross' character Rainbow's childhood. As the daughter of a Black mother and a white father, she was subject to ridicule and wasn't able to fit in at her school, which had a social structure where the two races didn't hang out together. Carey's theme song, however, takes on a much more hopeful tone. On "In The Mix," Carey sings, "We're gonna get by on our own/ side by side," pointing out that Rainbow's family will always be there. Yes, it's corny, but we'll admit: we're kind of into it.

The music video accompanying the song shows how things play out for Rainbow at school (spoiler alert: not well) but points out that she has her family to fall back on. It also takes us into the studio where Carey recorded it, and lets us in on the fact that Carey's twins Moroccan and Monroe are the voices of the "Yay, us!" refrain. A young Rainbow also sings along like it's her own personal theme song, which it kind of is, if you think about it.

Mixed-ish premieres on September 24 on ABC, but you can get into the theme song right now, below.