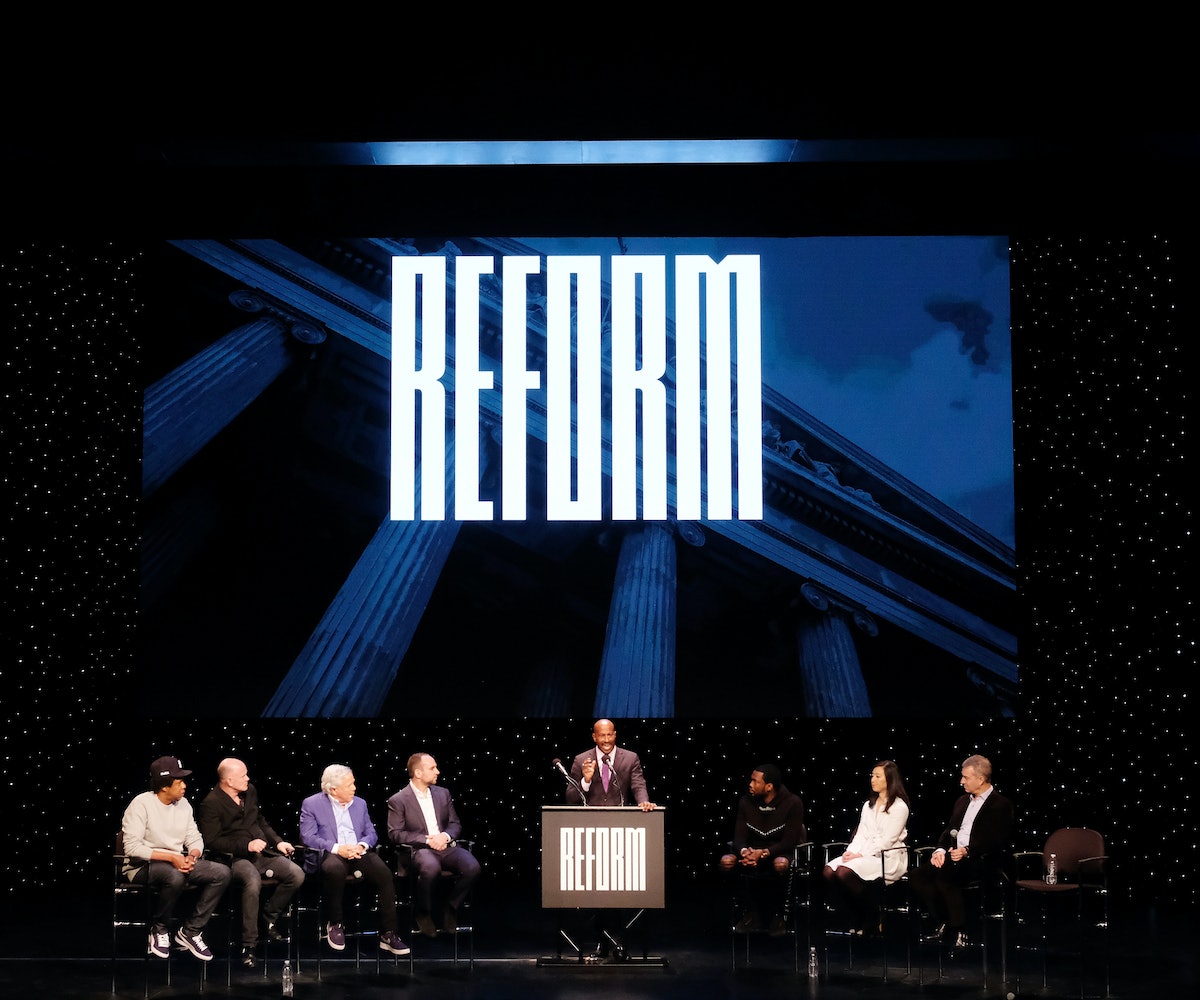 Jay Z and Meek Mill are continuing their fight for criminal justice reform, and, with their latest endeavor, they mean to make some big changes. The two rappers appeared onstage at a press conference on Wednesday to announce the Reform Alliance. This coalition is working to change the "mass supervision laws (probation and parole policies) that will have the greatest impact on the largest number of people."

Collectively, this group of magnates has put up a total of $50 million to launch Reform Alliance. The coalition was created in response to Meek's high-profile imprisonment in 2017 when he was sentenced to two to four years in prison for minor probation violations. Jay, who also has a history of criminal justice activism, campaigned for his freedom under the banner of #FreeMeek. On Tuesday, Meek tweeted that he has been on probation for his entire adult life, calling it "11 years of asking for permission." He is clearly channeling this frustration into something bigger, and, with this kind of cash, hopefully, fewer people will have to live, unnecessarily, under the supervision of the state.