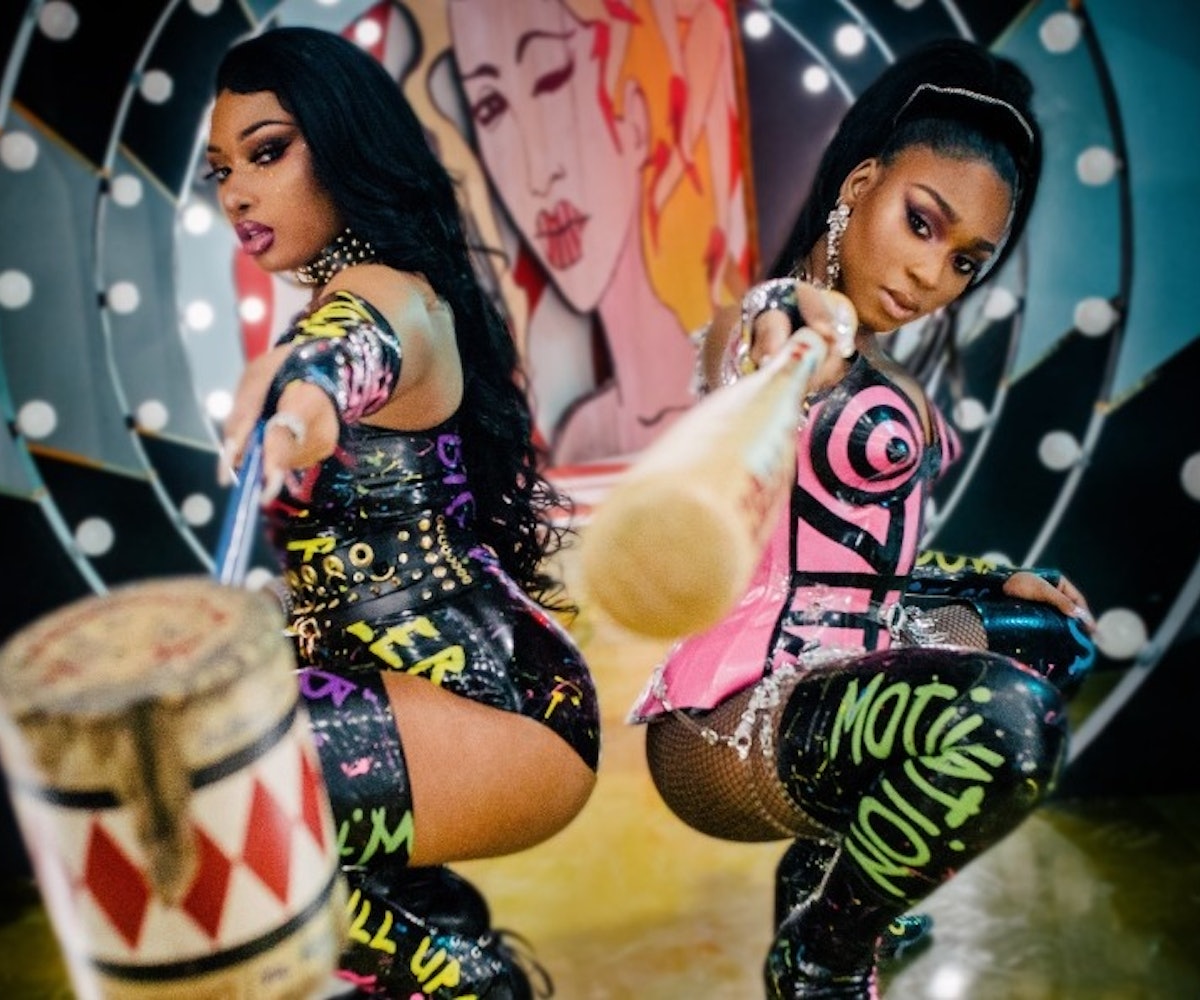 Ahead of the upcoming DC Comics Harley Quinn spin-off film, Birds Of Prey, Megan The Stallion and Normani shared "Diamonds," the song that will be featured on the soundtrack for the Margot Robbie-starring film.

After weeks of both artists teasing the single with screenshots and behind-the-scenes pics, the highly-anticipated track and music video were finally released Thursday. It immediately set the internet aflame, and for good reason. Sampling the melody of Marilyn Monroe's iconic rendition of "Diamonds Are A Girls Best Friend," "Diamonds" is a modern-day take on what has become an anthem.

In addition to Meg's furious new rap verses and Normani's husky hook delivery, the track's flashy accompanying music video adds another layer to the song's original meaning. Meg is furiously fighting off tuxedo-ed men, and for most of the visual the dynamic duo is seen on the run in a fabulous escape, à la Lady Gaga and Beyoncé in "Telephone." Diamonds might be a girl's best friend, but they no longer need to be gifted by a man.

"Diamonds" is the first single from the Birds Of Prey soundtrack. The film's score is looking to be a star-studded one with tracks from Doja Cat, Saweetie, Lauren Jauregui, and Summer Walker. Watch "Diamonds," below, and see the full tracklist further down.