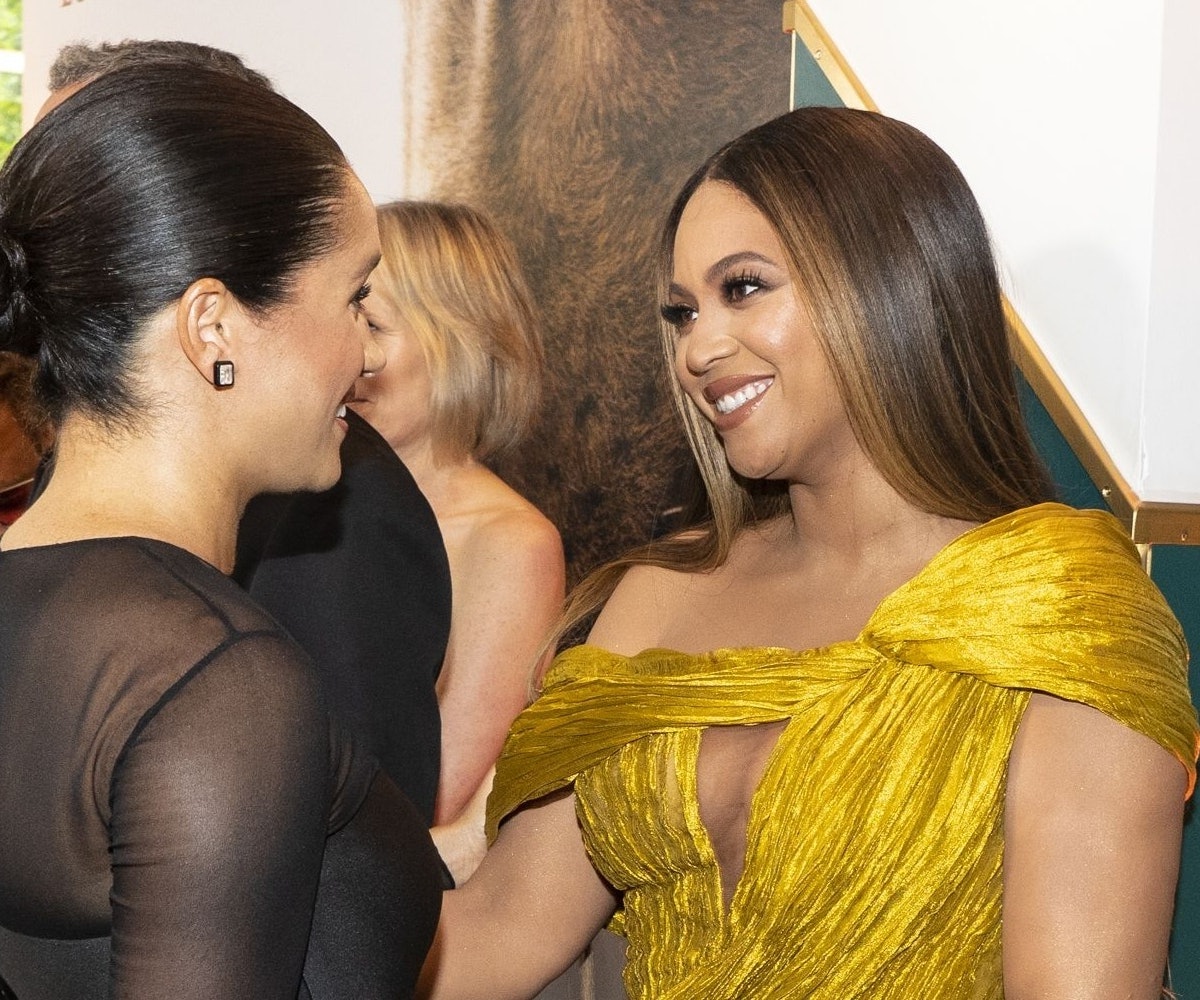 On Sunday evening, the Queen of the United States met the first Black Princess. Neither of these titles is technically correct, but when it comes to Beyoncé and Meghan Markle, I said what I said.

Queen Bey and the Duchess of Sussex had their first public meeting at the London premiere of The Lion King, and it was just as touching and impactful as anyone could have imagined. But don't rely on my perception, let Twitter walk you through all of the emotions.

The meeting was powerful.

It was the kind of once-in-a-lifetime phenomenon that could bring anyone to tears.

There was also a huge sense of relief that Markle is, just as we've been saying all along, a princess. Beyoncé made it so when she embraced the Duchess and uttered these words: "My princess."

We've also doubled down on our stance that all Markle slander is invalid.

In addition to sharing a best friend (Serena Williams), both Bey and Markle have had to endure the scrutiny of being powerful Black women in the public eye. It was hard not to empathize with the sense of camaraderie they must feel toward each other.

Last, but certainly not least, was our genuine curiosity about why Jay Z was even there, since, during the meeting, Markle and Prince Harry were going down the line to meet the cast of the live-action film.