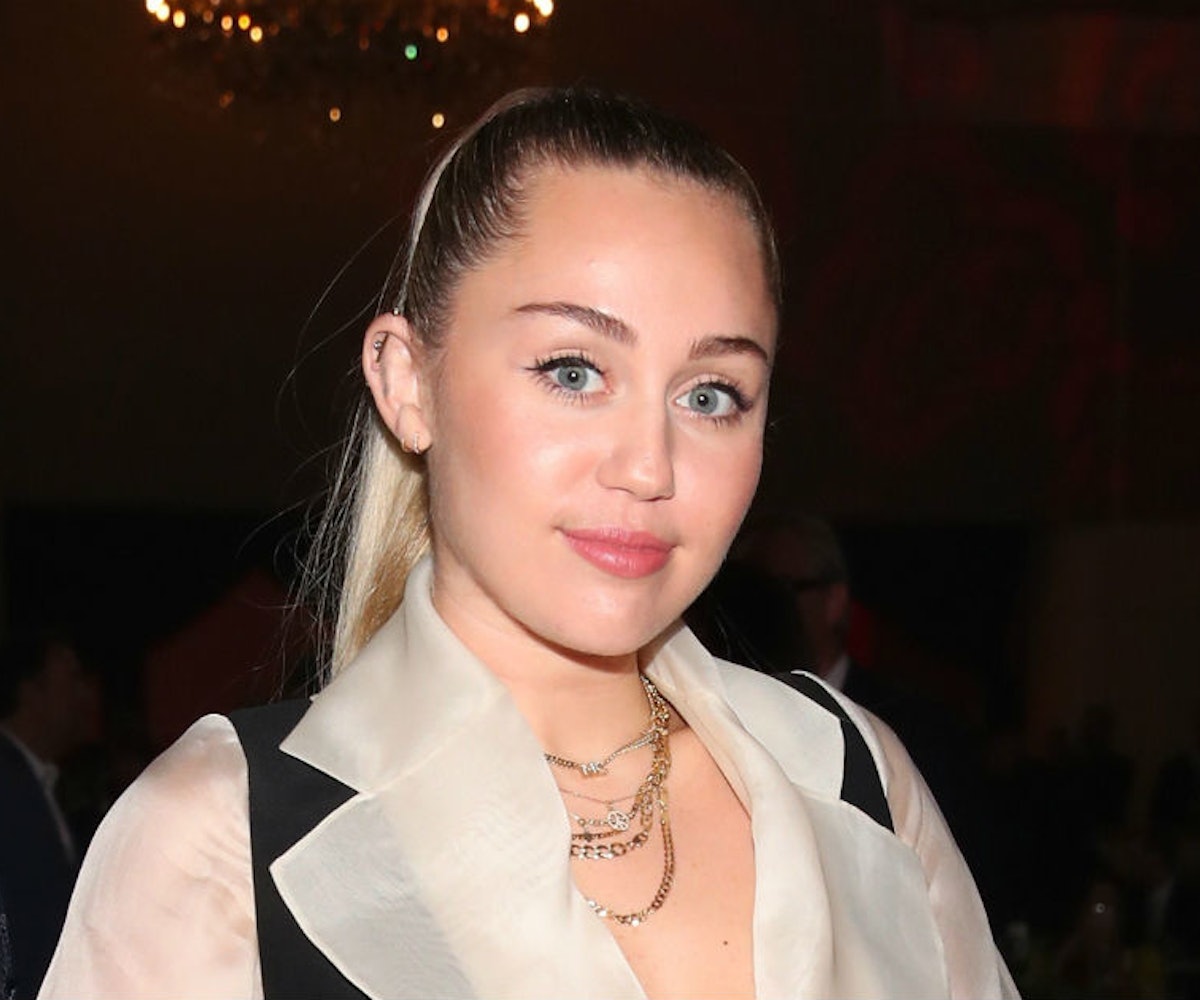 Last week, we got wind that Black Mirror is coming out with another season soon, even though most of us haven't recovered from the last one. Now, another bit of news was revealed, which is that Miley Cyrus will appear in one of the episodes.

The singer confirmed the news while appearing on Howard Stern's Sirius XM show. "I hate everything, but it was the first time I've left somewhere feeling really proud of my work," she said about working on the Netflix show. "But you know, if I like it, that might mean it's horrible."

According to Billboard, she didn't reveal much about her role, but said that her character is "dynamic" and has a lot of "different sides." On filming, she said, "It was while the devastation of Malibu was happening, and it was a really weird learning experience for me, because I was so far from home and the show is already really dark, and it's already kind of eerie when you're there the whole time. But I learned a lot about myself and I think I was able to kind of use that and put that into it."

Cyrus has been keeping busy. Just yesterday, the singer shared details about working with hip-hop producer Mike WiLL Made-It, who helped her with Bangerz, and others on her forthcoming album.

Black Mirror is rumored to hit Netflix on December 28.

NEXT UP
Culture
Phoebe Dynevor Will Not Return for Bridgerton Season 3
Beauty
Miley Cyrus’ Best Hair Moments Always Cue Upcoming Music
Culture
6 Shows To Binge Once You've Finished 'The White Lotus'
Entertainment
Chloe's "Pray It Away" & 9 Other New Songs Out This Week
Style + Culture, delivered straight to your inbox.