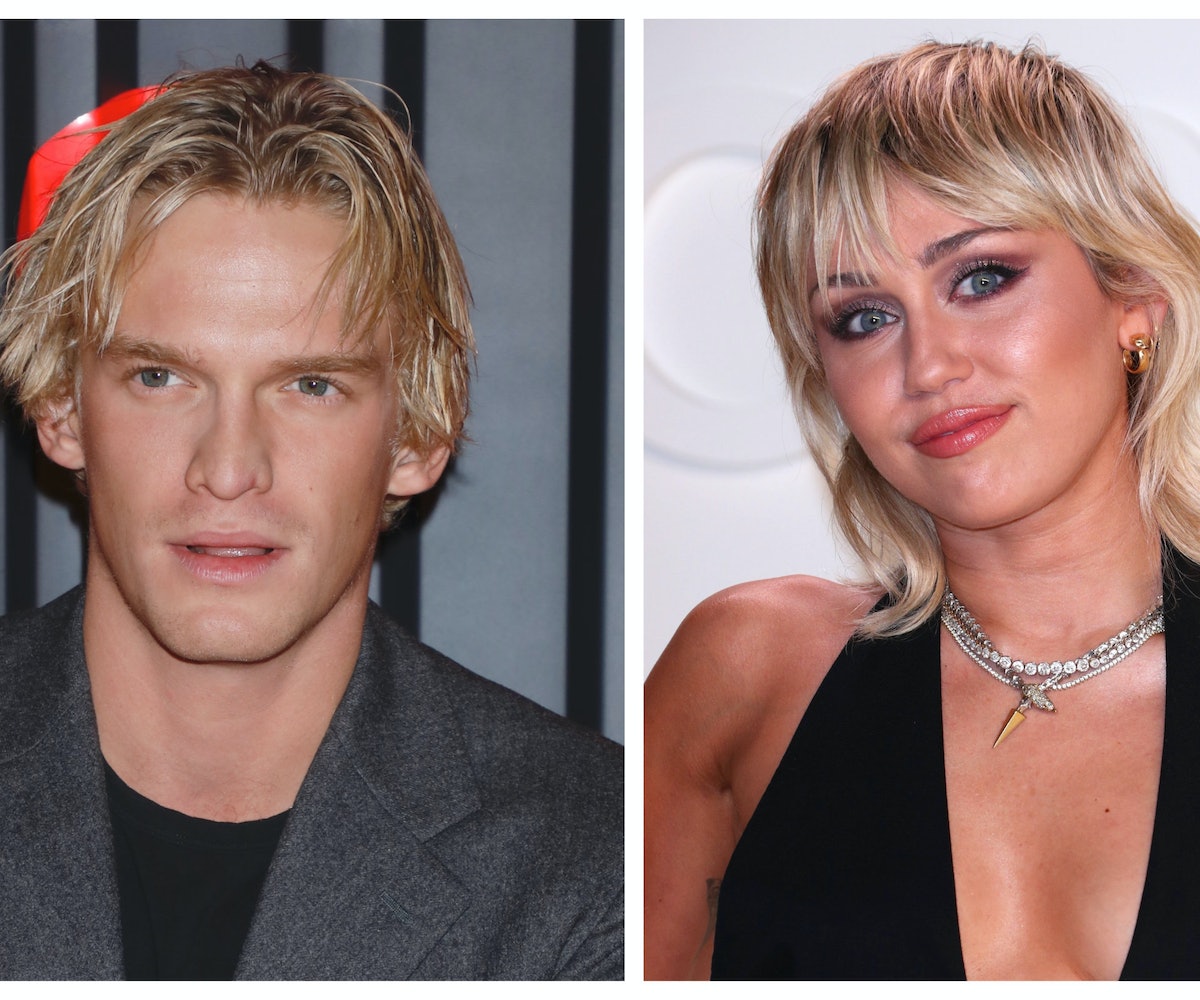 As social distancing continues, celebrities are obviously growing restless with their normal beauty routines. Over the weekend, Miley Cyrus gave Cody Simpson a complete makeover, and used red lipstick and lots of mascara to create a look that also doubled as a statement on defying gender norms.

Following her previous role as hair dresser — which included the debut of a Tiger King-inspired trim-inspired trim and a shaved head for Simpson — Cyrus opened up her makeup bag, Peoplereports. Throughout the Easter Sunday makeup application process, the singer snapped a number of images for her Instagram Story, proudly proclaiming that she was the one to "beat" Simpson's face.

Although the stories of her new role as MUA have since expired, People reports that Cyrus compared the look to other popular beauty moments that featured celebrities defying gender norms. Posting photos of Brad Pitt and David Bowie, she captioned the series with "End. Toxic. Masculinity."

Simpson later posed for a photo that featured the completed look. Sprawled out on a fuzzy chair, Simpson gave followers a full peek at the makeup, which included bright red lipstick, cheeks flush with highlighter, and eyes swathed in glittery shadow. Cyrus approved of her own work, commenting on Simpson's photo, "Biggest my type ever."

See the completed makeover for yourself, below.