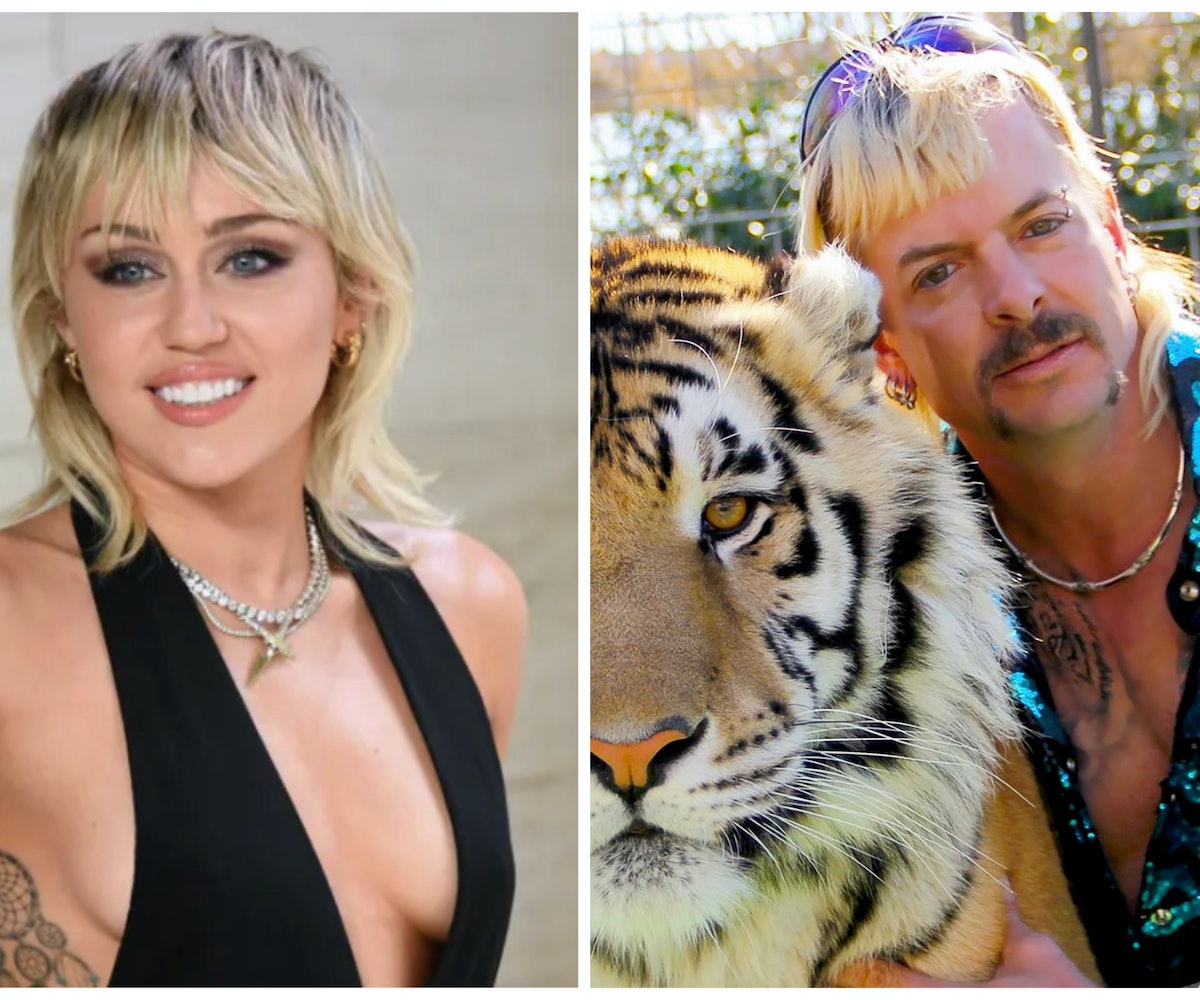 As the world continues to catch up with Netflix's newest series, Tiger King: Murder, Mayhem, and Madness, some viewers can't help but point out that the king might have a celebrity hairstyle doppelgänger. Fans on social media have recently noticed that Miley Cyrus's current hairstyle is very similar to the style worn by Joe Exotic. And as some of her latest social media posts go to show, Cyrus definitely wasn't planning on an Exotic-inspired cut.

Following the viral success of Tiger King — a series which even Cardi B Is a fan of — some on Twitter have noted that Cyrus has been definitely giving off Exotic vibes, Teen Voguereports. And with Cyrus continually hosting a daily talk show through Instagram Live, many have taken note of her daily hairstyle, writing, "Miley trying to get cast as Joe Exotic I see." Others joked that perhaps Cyrus asked for that specific haircut, writing, "Miley done went an got the joe exotic haircut."

In addition to a mullet that mirrors that of the Netflix star, others also theorized that perhaps the singer was taking a cue from Exotic's closet, too. "On Day 9 of Quarantine, we have Miley Cyrus here rocking the Joe Exotic look," one person joked. "Miley's a mustache and shiny shirt away from a Joe Exotic halloween costume," another person tweeted.

Although Cyrus hasn't publicly responded to the comparisons, her social media posts show that she can see where fans are coming from. After posting an image that joked about not cutting your hair by yourself, she later posted a meme that featured Exotic's blonde hair. The image was captioned, "FaceTiming my hair dresser to ask how I fix the cut and color I gave myself," and Cyrus added her own note, writing, "Wayyyy to [sic] real."

Check out some of the best fan comparisons and tweets from Cyrus, below.