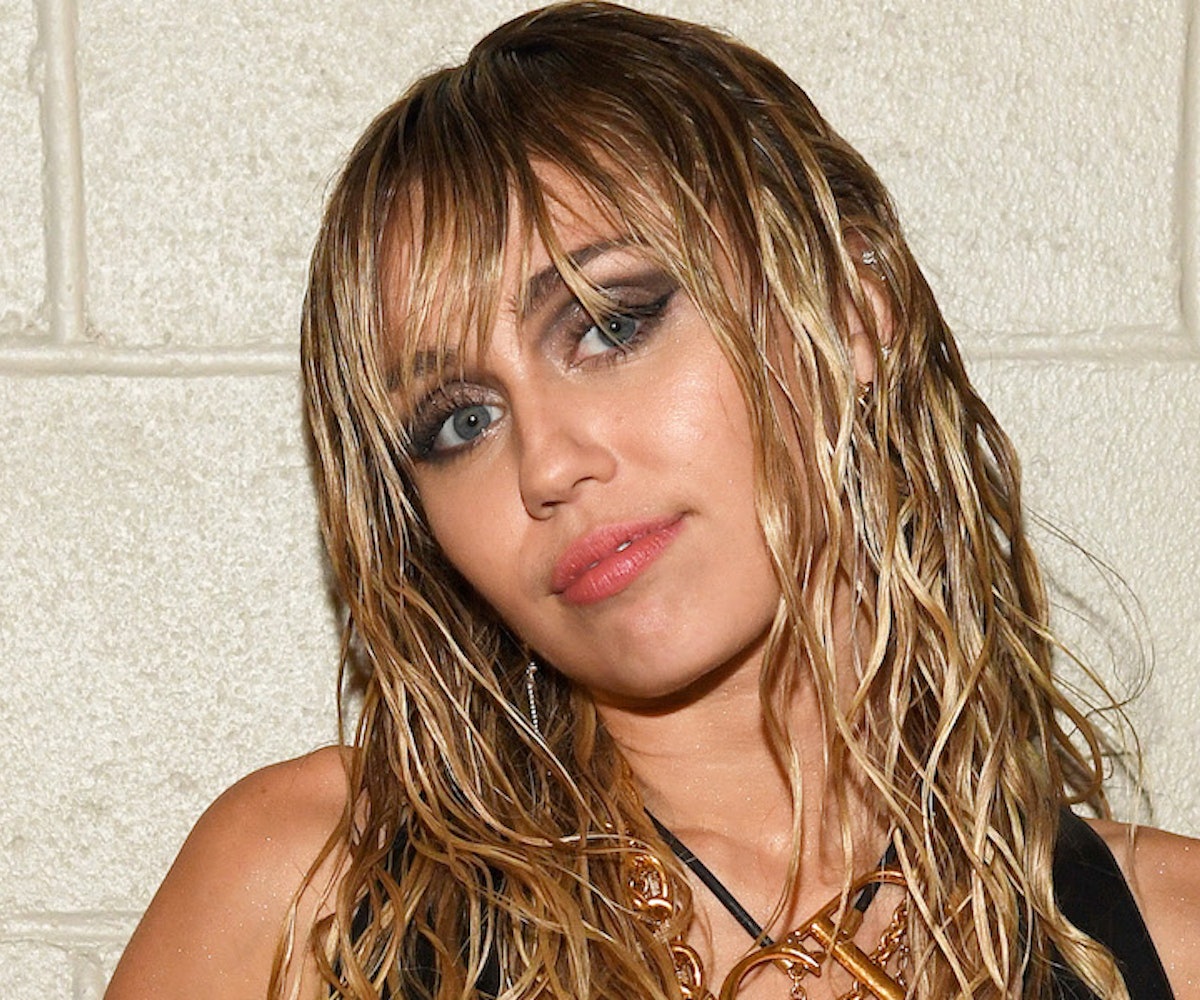 New year, new hair! At least such is the case for Miley Cyrus who debuted a mullet to kick off 2020. Don't worry — unlike her father Billy Ray Cyrus' extremely '90s mullet, the "Slide Away" singer's new look takes on a cool, modern twist, thanks to some feathered layers and textured fringe.

Cyrus shared a first look at the chop in a series of Instagram posts on Jan. 6, wearing a pair of high-waisted jeans and a white T-shirt, just a few months after her celebrity stylist Sally Hershberger eased her into the style with a shaggy, shoulder-length bob and bangs in November. "Miley wanted to go more punk. She wanted something edgy," Hershberger told E! News. "We went with a modern mullet that she can wear sleek, but also wavy and messy."

The singer also teased new work in the caption saying, "New hair. New year. NEW MUSIC," adding to speculation that she is collaborating with friend and reported beau Cody Simpson.

Comments under the post were filled with fans more than supportive of the new hairstyle, with one calling it "so punk" and another adding, "You know when Miley cuts her hair a new era starts. YASS QUEEN!"

Cyrus isn't the first celebrity in the last year to give the modern mullet look a go, with stars like Billie Eilish and Euphoria's Barbie Ferreira leaning into the retro style. See the look, below.