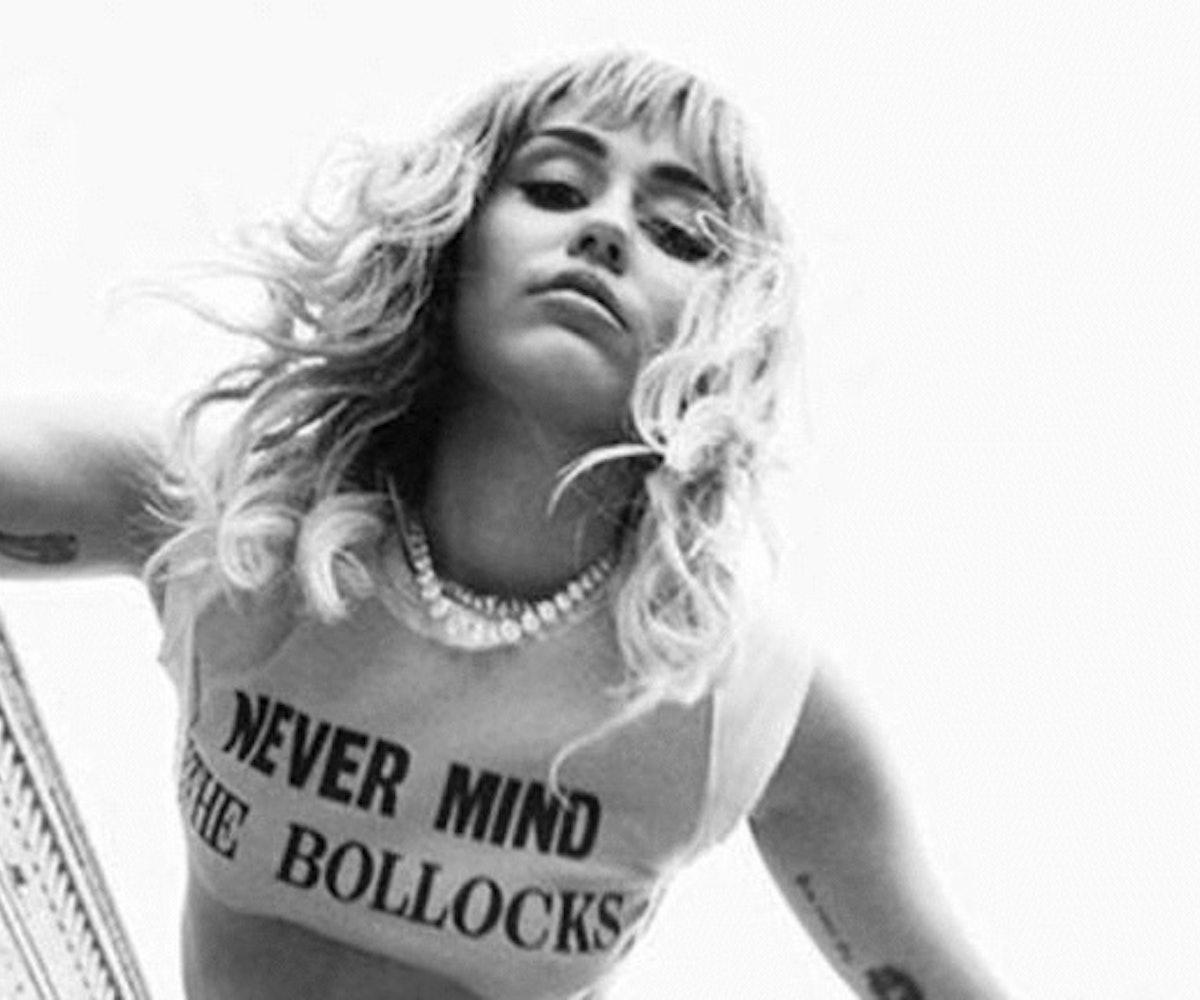 As predicted from the fact that she's wearing a Sex Pistols quote on her shirt in the album art, some of the songs feel a bit more punk-inspired than her previous work, like a middle ground between Bangerz and Younger Now. Standouts include a rap track, "Cattitude," that sounds like it could be played in a ballroom, as well as a hazy Wu-Tang inspired "D.R.E.A.M."

The EP includes features from Ghostface Killah, Swae Lee, and WiLL Made-It, but we're particularly obsessed with the cameo from RuPaul on "Cattitude." We could spend all day listening to RuPaul saying: "This cat is in heat/ Lemme ride that beat/ This pussy on fire." And, yes, this is also the same song that includes a dig at Nicki Minaj (perhaps Cyrus' own "what's good" moment?).

Per a press release, this EP is the first in a set of three EPs that the singer will release. All together, the three EPs will make up one project, called She Is: Miley Cyrus.

Stream She Is Coming, below.