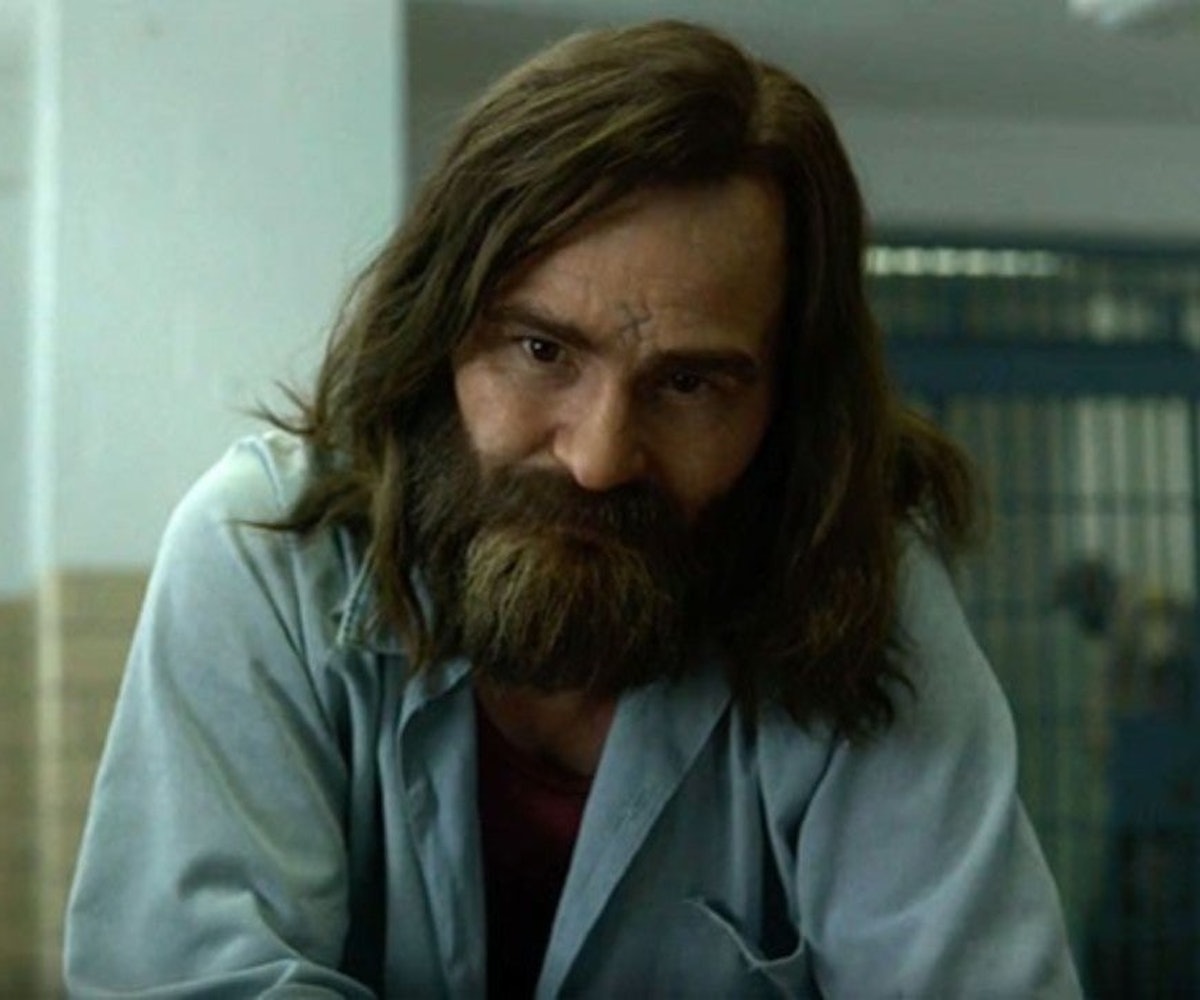 Netflix has offered us a first look at the highly anticipated second season of its series Mindhunter, and it looks like it's going to be even darker than the first. As ifOnce Upon A Time... In Hollywoodand The Haunting Of Sharon Tate weren't enough, we'll be seeing more of Charles Manson in the new episodes.

The minute-long trailer brings us back into the room with Holden Ford (Jonathan Groff), his partner Bill Tench (Holt McCallany), and serial killer Edmund Kemper (Cameron Britton), who is being consulted for new cases, including the Atlanta child murders of the late 1970s as well as the crimes of Charles Manson. In the first season, Kemper played a big role in showing the FBI agents how serial killers think, and it seems that his role in this season is no different.

A monologue from Kemper plays over the events of the trailer, which shows a woman coming home to find that someone (or something) that we can't see trapped in her bathroom, trying to get out. Whatever is on the other side of the door seems to terrify her to her core.

"Have you got somebody, Holden? Someone you can't catch?" says Kemper. "This person you're after, he has an overwhelming fantasy life. Fantasies of what he's done, what he wants to do. His dreams will consume him. Soon the real world won't even compare." At the end of this speech, we see a shot of Manson, so we can only assume that he is the subject of this psychoanalysis.

Mindhunter returns to Netflix on August 16. Watch the trailer, below.