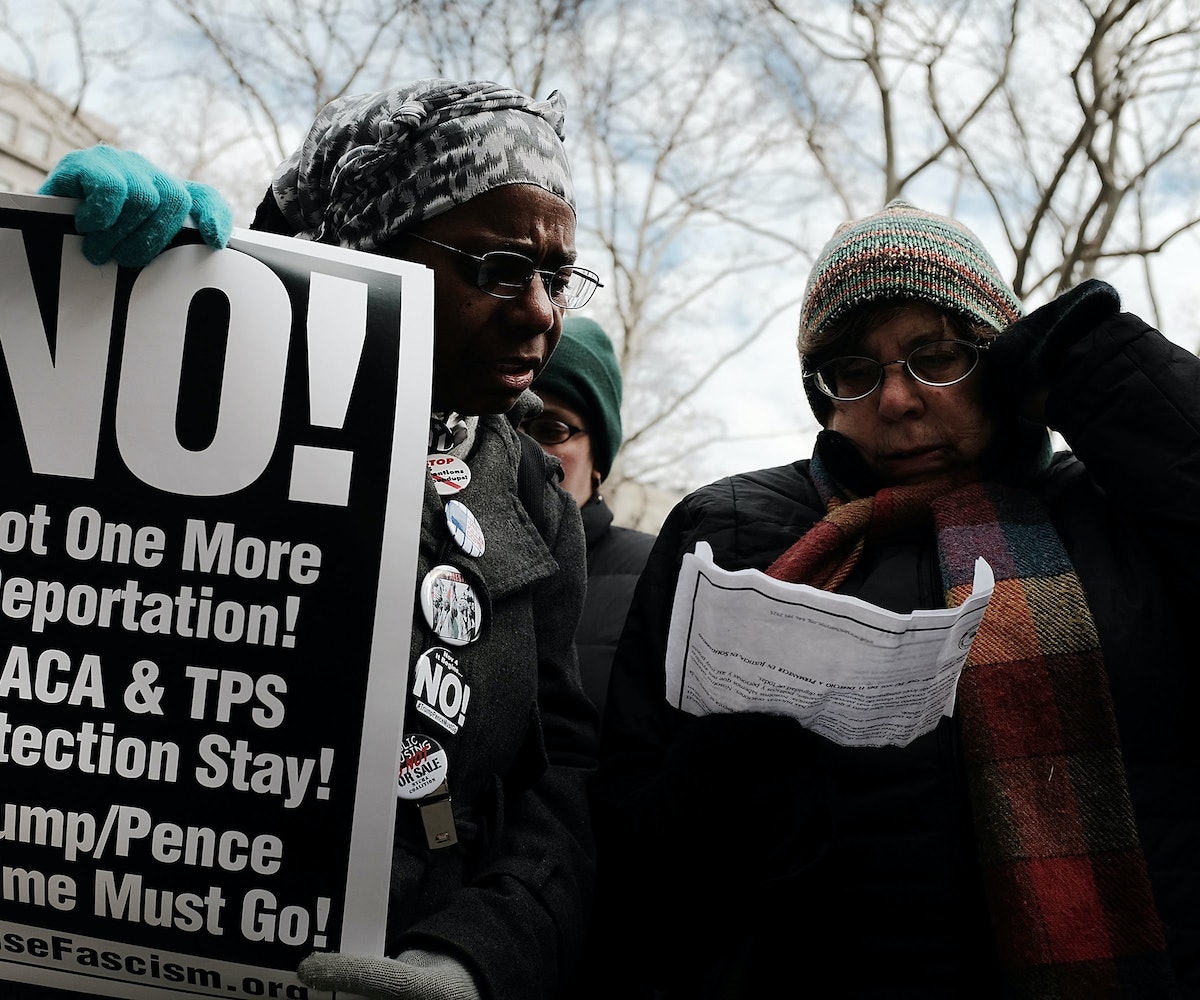 According to a new report by Arizona Central, almost 30 women have had miscarriages while being detained by the U.S. Immigration and Customs Enforcement (ICE). The report follows the news that a pregnant woman gave birth to a stillborn baby while being detained.

This appears to come as a result of policies implemented by Trump. In an executive order, he revoked an Obama-era policy which only allowed for pregnant women to be detained by ICE if there were "extraordinary circumstances or the requirement of mandatory detention" in 2017. Now, ICE has revealed that 28 women have had miscarriages while they were detained during the fiscal years of 2017 and 2018, with 10 happening in 2017 and 18 happening in 2018.

In an interview with The Daily Beast, pediatrician and co-founder of nonprofit Terra Firma Dr. Alan Shapiro said that being detained while pregnant can have a negative impact on the baby. "Detention in and of itself can be quite traumatizing and stressful, and anything that triggers stress hormones can lead to negative outcomes in pregnancy for herself and for the fetus," he said. Though ICE says that pregnant women have access to medical care, they are apparently not able to receive urgent care in a timely manner.

Not only are the mothers in a potentially traumatizing situation while they are detained and not given immediate access to care, but the conditions they are held in are reportedly negligent. Detainees have reported being kept in freezing cold rooms and sleeping on incredibly thin mattresses, as discovered in a complaint filed against ICE by the ACLU.

ICE did not take accountability for the stillbirth, saying in a statement that "a stillbirth is not considered an in-custody death." Though, since December, three people have died in ICE custody, including two children ages 7 and 8.