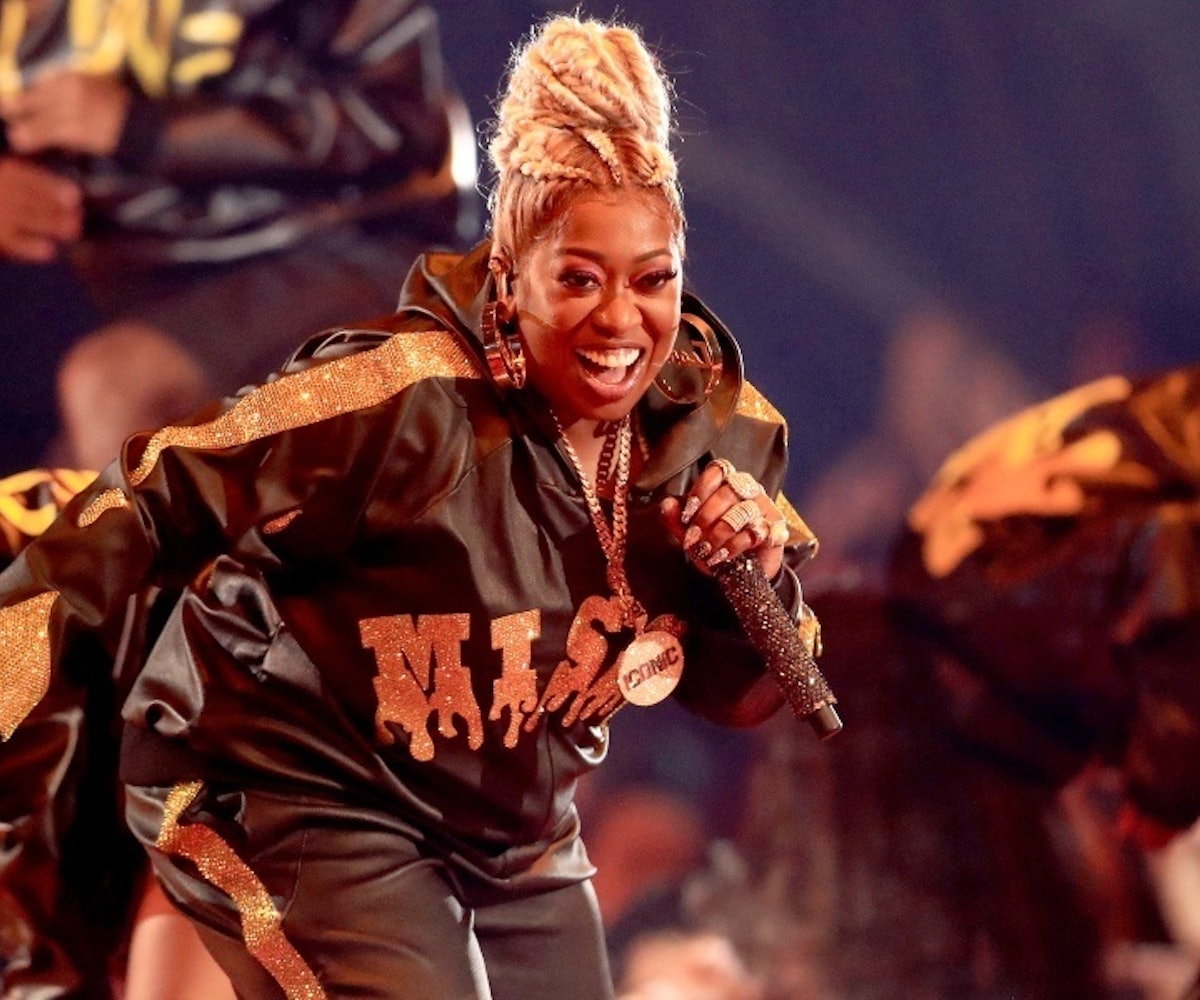 We do not deserve Missy Misdemeanor Elliott, period. The iconic rapper, producer, choreographer, music video director, singer, and visionary just delivered an amazing performance before receiving the Michael Jackson Video Vanguard Award, for the two decades she's spent being ahead of the game, at the 2019 MTV Video Music Awards.

If you don't believe me, just look at the VMA performances that happened before she even hit the stage.

Taylor Swift opened the show with a gang of dancers in a colorful Lover's Land. Elliott invented colors with videos like "Hot Boyz" and "Beep Me 911," and brought them back in her latest single, "Throw It Back." Lil Nas X offered a live rendering of his hit second single "Panini" dressed like the queer astronaut I didn't know I needed. But in 1997, Missy was exploring space with Lil Kim, in a spacesuit that mysteriously featured the Gmail logo way before Gmail was a thing, for the "Sock It To Me" video. Lizzo had a huge floating booty join her onstage for her set, and all I could think of was Missy's body-defying graphics in "Get Ur Freak On" and her inflated garbage bag outfit.

So much of the pop culture spectacle that we enjoy today was perfected by Missy before Gen Z matriculated out of kindergarten. I stan a true icon. See her performance, below.