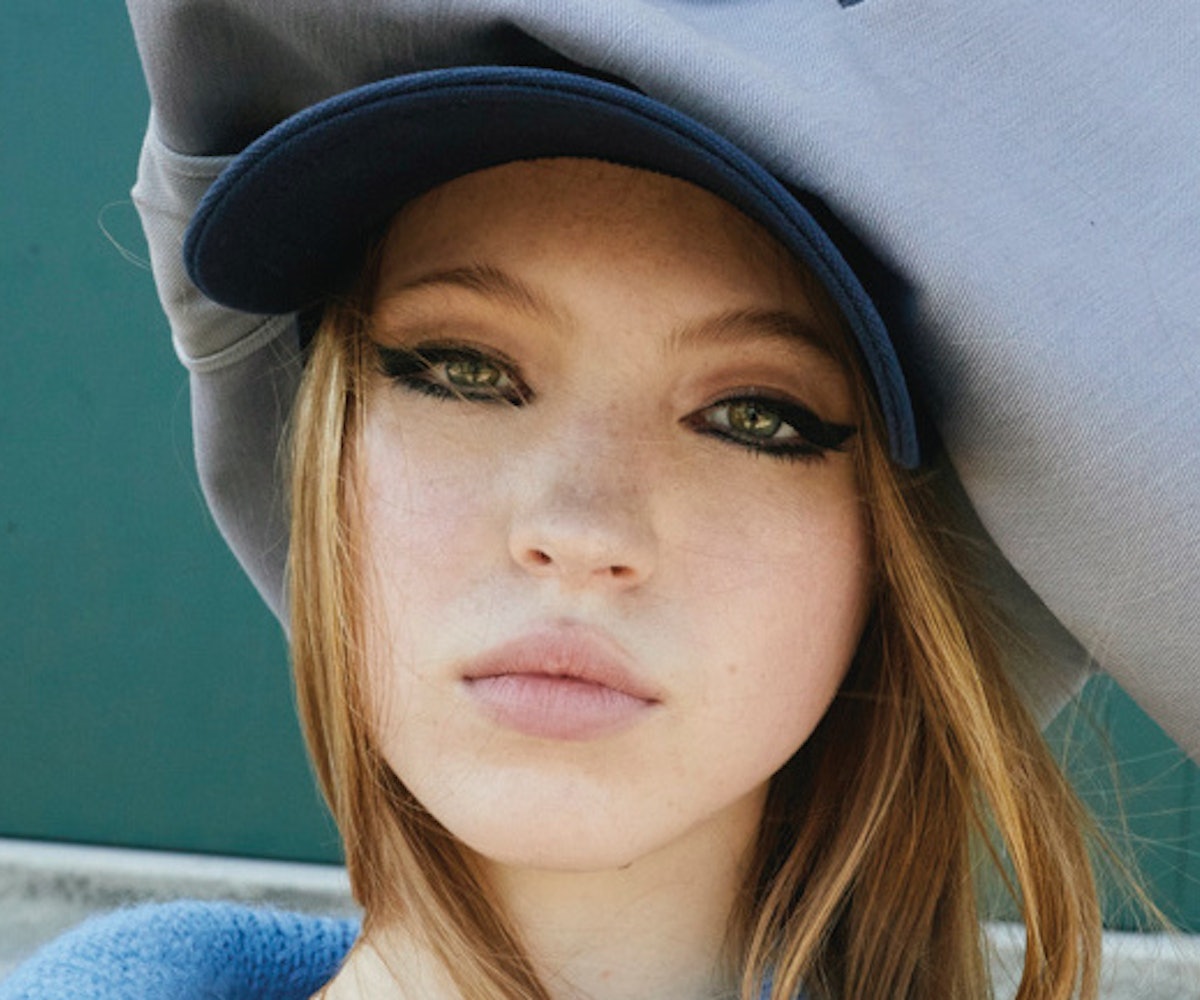 Lila Moss, the 17-year-old daughter to the Kate Moss, is slowly but surely making big moves with her modeling career. Having already garnered a major beauty campaign for Marc Jacobs Beauty, Moss' first-ever fashion ad is with Miu Miu, which made its debut on Monday.

Styled by Katie Grand and photographed by Juergen Teller, Moss poses as a high-fashion jockey and a very well-dressed fan of horse racing for the French house's Resort 2020 campaign, which returned to the runway show's venue of choice: Bois de Boulogne's Hippodrome d'Auteuil in Paris, France. The famous steeplechase track inspired designer Miuccia Prada to create her own take on what people would wear to such Very Fancy Events as the Royal Ascot or the Kentucky Derby, resulting in wide-brim hats, printed statement dresses, and chunky cardigans paired with wide, high-waisted shorts. Starring alongside Moss is a few other famous faces, including Sarah Snyder and Adut Akech, who both previously modeled for the collection's show.

See the full campaign for Miu Miu's Resort 2020 collection, below.