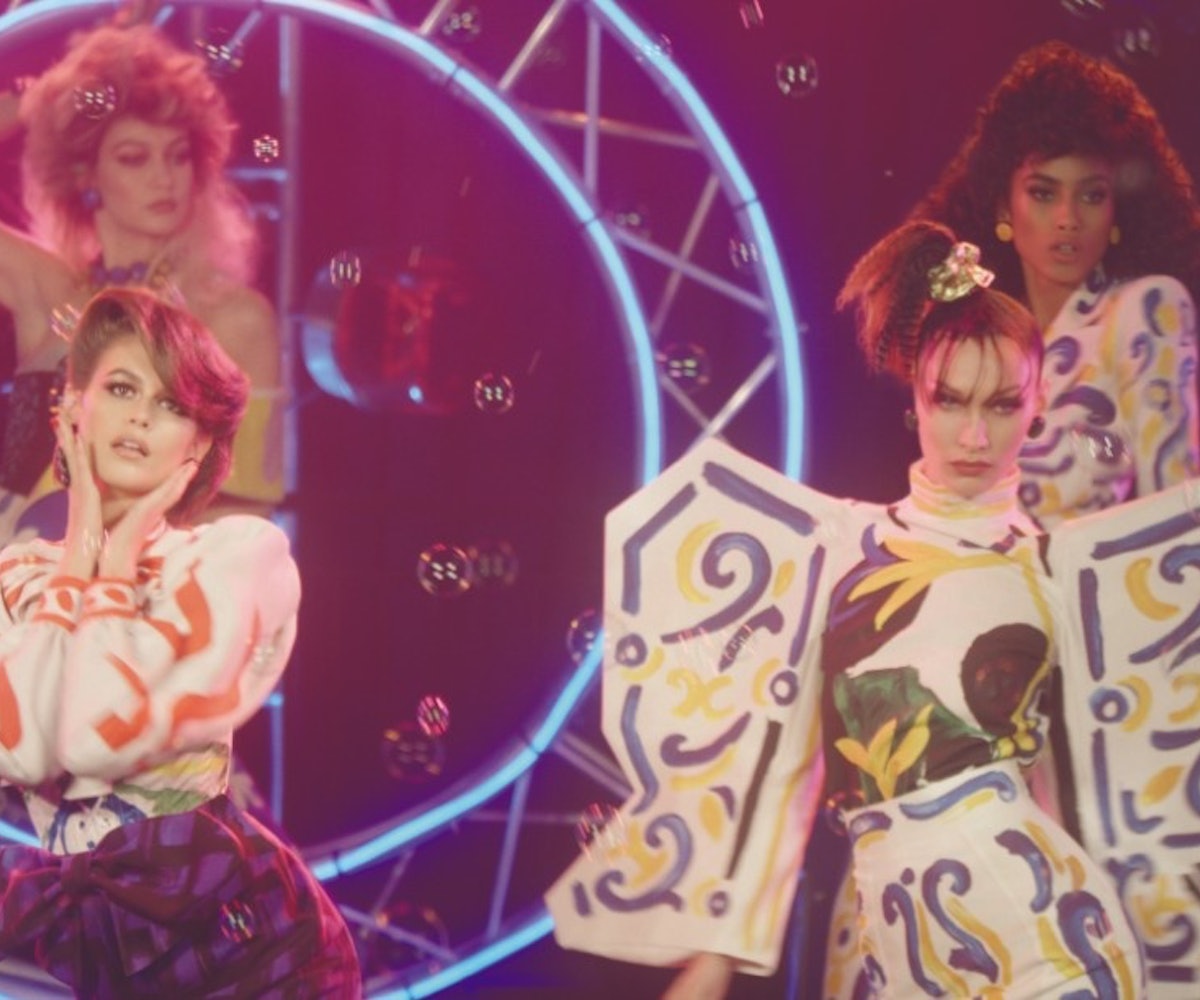 Jeremy Scott has assembled a very cool girl group for the latest Moschino campaign. Kaia Gerber, Bella Hadid, Gigi Hadid, Imaan Hammam, and Adut Akech are Moschinorama, an '80s-style new wave band performing on Top Pop Beats, hosted by none other than Tyra Banks. Bio's on the keys, Gerber's got a tambourine, and Bella Hadid does her best Bill Clinton on Arsenio Hall with the sax.

The spring/summer 2020 campaign was stacked with big names behind-the-scenes as well. Scott's go-to stylist, Carlyne Cerf De Dudzeele, crafted the looks while Pat McGrath was in charge of the makeup for the Steven Meisel-shot video where Moschinorama performs Karla DeVito's 1981 song "Cool World" at the aptly-named Meisel theater.

In keeping with the theme, the clothes are just as '80s as they are Moschino. The shoulders are big (though Gigi Hadid's mullet might be bigger), the gold accessories are chunky, and the colors are bright and vibrant.

Drag queen and former Moschino campaign star, Aquaria, commented on Scott's Instagram post with the music video writing, "Omfg y'all are so extra!" Would you expect anything less from Moschino? See the video for yourself below.