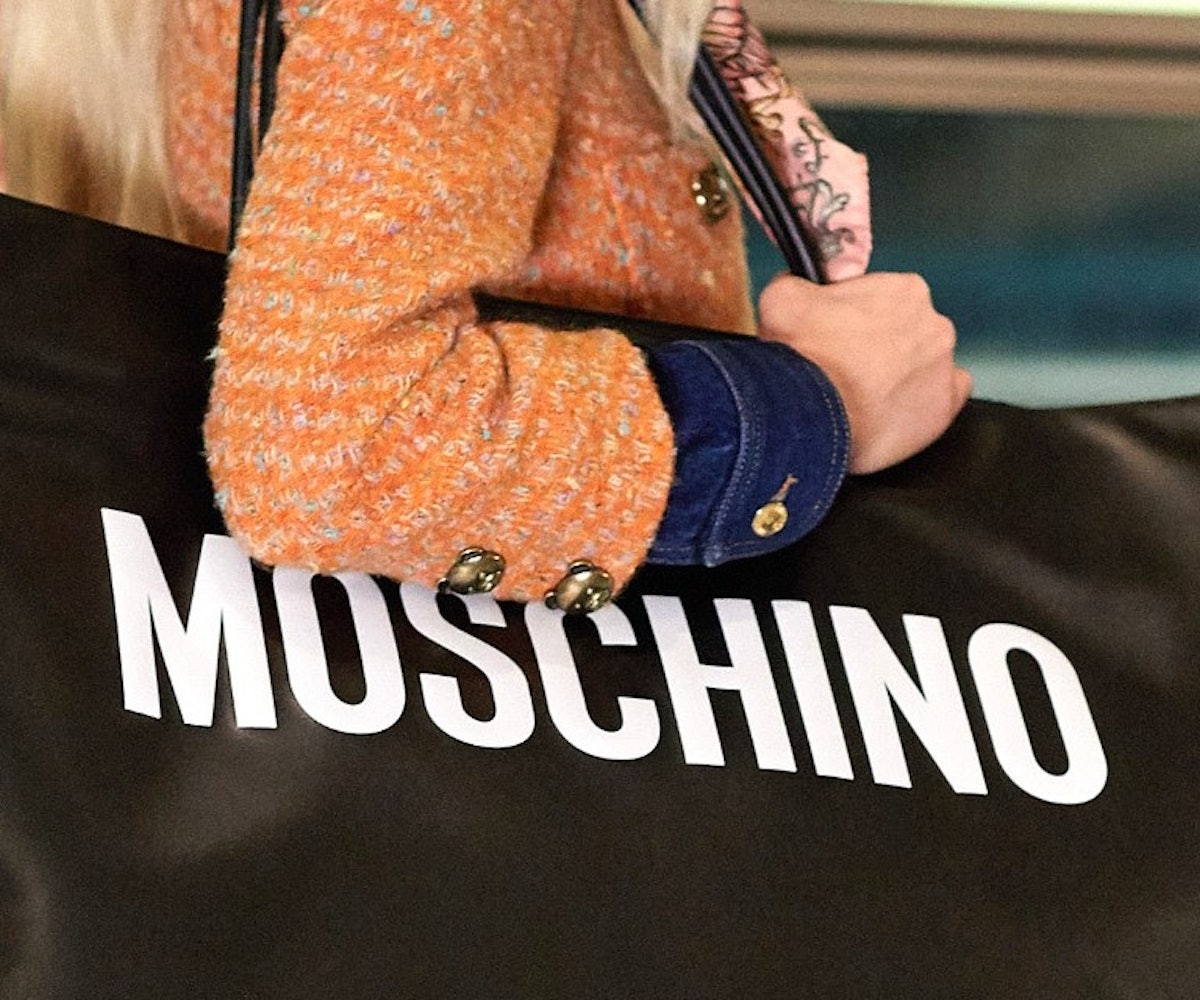 Jeremy Scott brought the fashion set, along with some enormous bags, to the New York Transit Museum in Brooklyn on Monday night. The designer presented his Pre-Fall 2020 collection for Moschino, which paid homage to New York and marks the first time the Italian fashion house has held a runway show in the city.

"New York is the 'city that never sleeps,'" said Scott in an official statement. "With that in mind, I wanted to offer a little bit of everything. A round-the-clock set of ensembles for city girls and guys who aren't afraid to go from the ballroom to the back room, then watch the sun come up over the East River. There's nowhere else in the world where you get that kind of energy and magic!"

The most notable pieces from the show, of course, were the aggressively large bags, ones that would almost definitely force you to wait for the next train during rush hour, or get lots of angry stares from your fellow subway mates. In addition to the boombox, models walked the runway carrying giant shoppers and backpacks, each of which could hold at least one-and-a half human bodies, or, at the very least, one million Jacquemus Le Chiquito bags.

So does this mean Lyst's prediction that oversized bags will be returning to the forefront come 2020? It seems very likely: Opening Ceremony recently released its own mega-sized tote, which went viral online, thanks to a captured video of someone attempting to fit through the subway turnstile. And with Jeremy Scott catching on to this trend, too, then that's an emphatic yes.

See more of Moschino's big bags for Pre-Fall 2020, below.

NEXT UP
Fashion
Bottega Veneta Just Dropped The Next It Bag For Spring
Fashion
Apple Martin Is A Chanel Girl Now
Culture
Loewe’s Howl's Moving Castle Collection Is An Anime Dream
Fashion
Collina Strada & Vans Team Up For A Chiller-Friendly Collection
Style + Culture, delivered straight to your inbox.