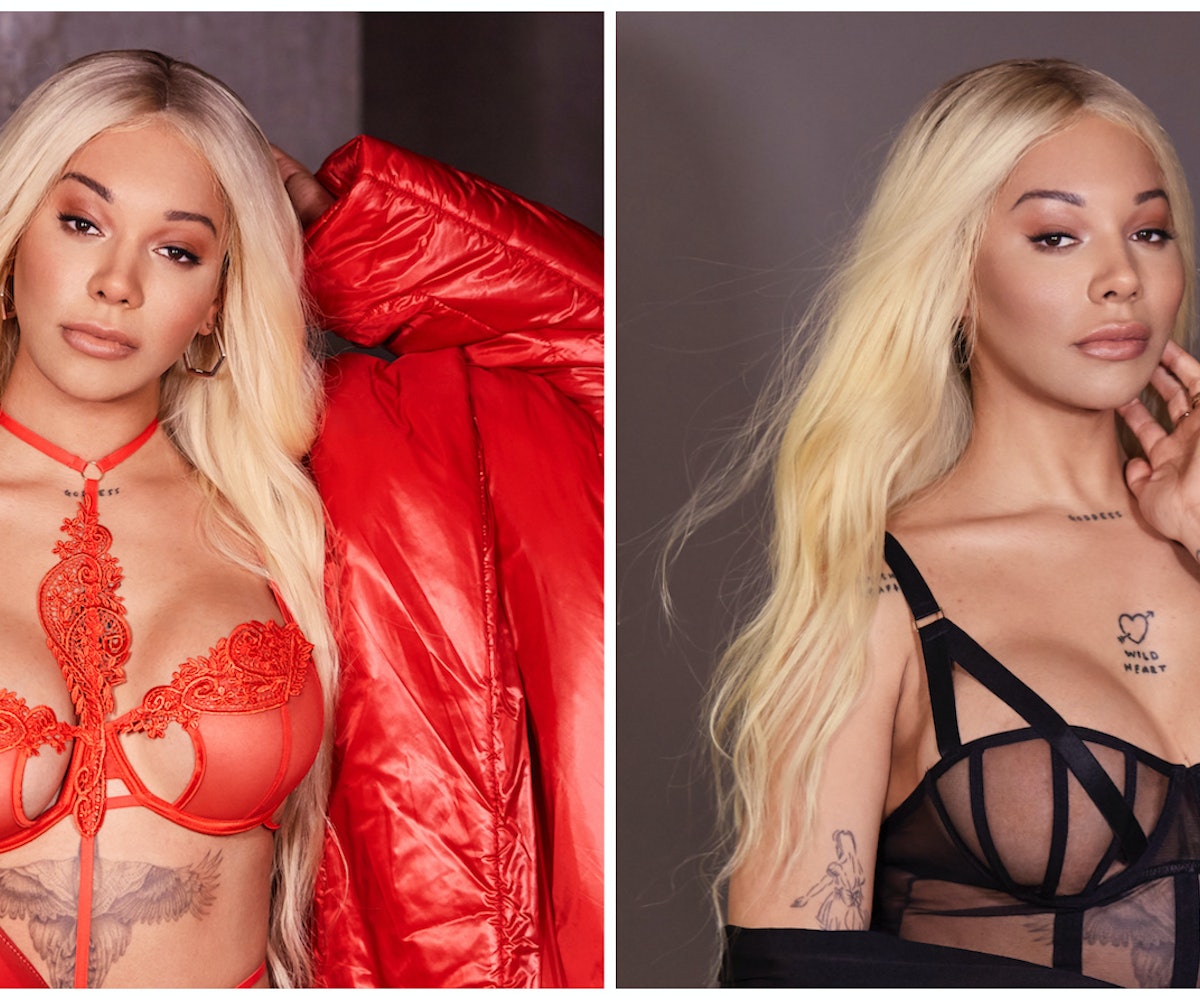 Valentine's Day is fast approaching, but, instead of splurging on lingerie to impress your partner, Munroe Bergdorf's latest campaign for lingerie company Bluebella wants you to wear what makes you feel good.

According to Bluebella's press release, the transgender model and activist is fronting the brand's #LoveYourself campaign, which champions the idea that "the day of love should be about self-love, self-acceptance, and celebrating yourself." In a statement about the campaign, Bergdorf says, "I'm proud to be part of a campaign that is encouraging all women to feel empowered and sexy in their own ways, on their own terms."

Further, Bergdorf tells NYLON that learning to love herself guided her journey to accepting herself and her identity. "In the early stages of transition I was scared of the masculine parts of my body, but it has changed so much during the process," she says. "I'm now in a position where I don't care about other people's opinions on my appearance. I've never felt so sure of myself or as empowered as a human being as I do now. It has taken a long time to get to this point where I just feel calmness."

She continues, "I care about the opinions of the people that matter to me, but not so much of people walking down the street. If someone knows I'm trans, I don't feel ashamed of that anymore." She says that her journey to self-love has made her see the value in her own identity: "I think it's something to celebrate and it's a part of me."

Says Emily Bendell, Bluebella's owner, "We chose Munroe to front our #LoveYourself campaign because she has proven herself to be a brave and bold voice, an icon in an age of increasing social awareness. She has used her profile to advocate for a fairer world and to empower individuals to fight for positive change."

The products that Bergdorf wears in the #LoveYourself campaign are available at Bluebella's website and all retail for under $85. See the full looks, below.