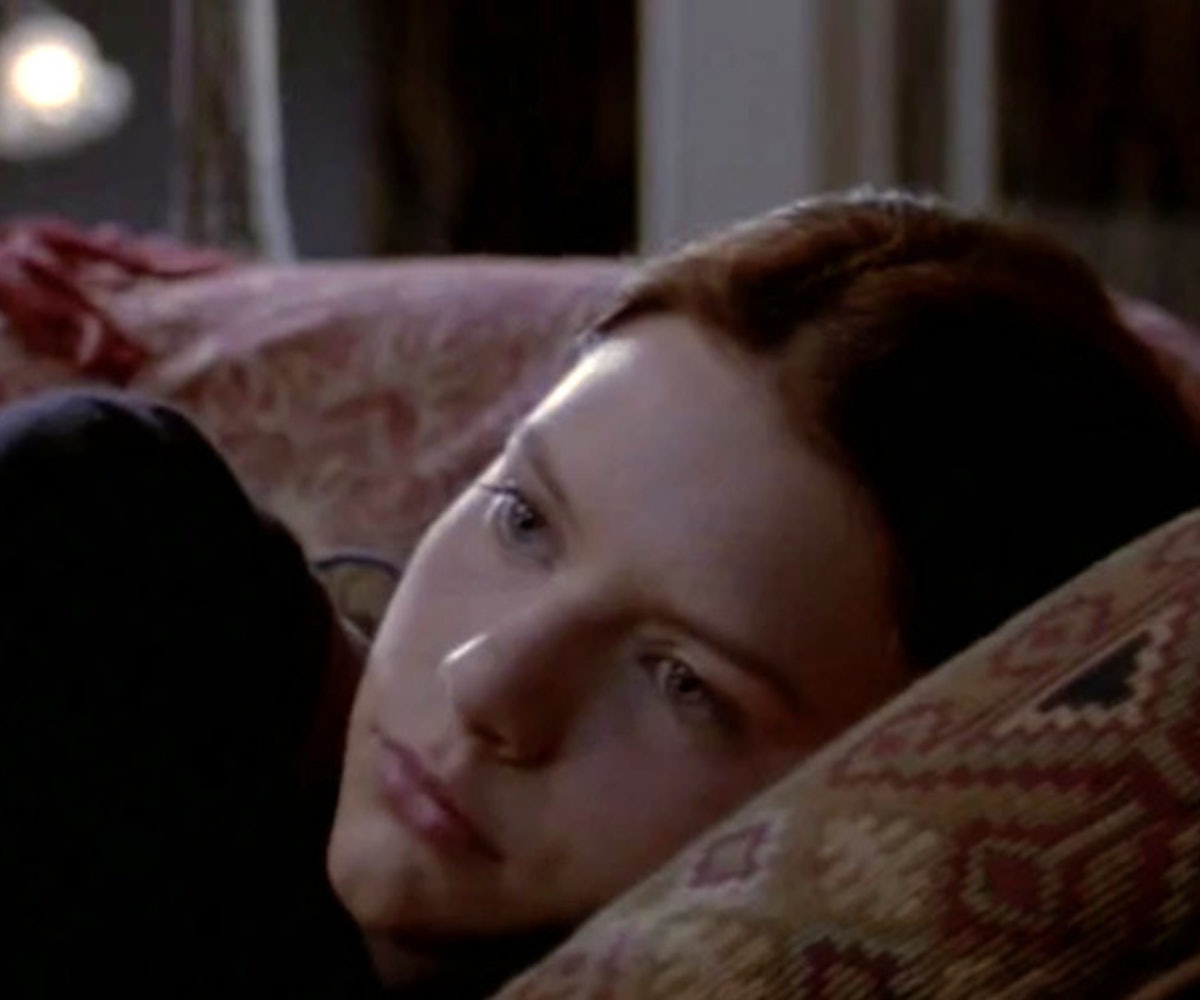 "It just seems like you agree to have a certain personality or something, for no reason. Just to make things easier for everyone. But when you think about it, I mean, how do you know it's even you?"

Iconic '90s show My So-Called Life is filled with existential questions and observations like this, with many, if not all of them, voiced by high school sophomore Angela Chase (Claire Danes). They're delivered with a familiarly annoyed tone, as if Angela can't believe things are the way they are, and that they're unlikely to change.

Angela lives with her parents and sister in a comfortable home in Pittsburgh, Pennsylvania, and spends her time navigating the social scene of Liberty High School. She's undergoing a big change, having switched friend groups and fallen in with a cooler crew, namely Rayanne Graff (A.J. Langer) and Rickie Vasquez (Wilson Cruz). Thanks to them, Angela dyed her hair from blonde to a "Crimson Glow," and is encouraged to indulge in her obsession with Jordan Catalano (a pre-Gucci Jared Leto), the kind of guy who's constantly applying Visine and has a limited chance of actively graduating.

From the first moment of the first episode, Angela's voice is pure, unadulterated teen angst. The melodrama can, when watching as an adult, feel like it's too much. And then there's other times, like when Angela talks about the agony of Sunday evenings, that it feels unnerving to relate so much to a 15-year-old:

"There's something about Sunday night that really makes you want to kill yourself, especially if you've just been totally made a fool of by the only person you'll ever love, and you have a geometry midterm on Monday, which you still haven't studied for because you can't, because Brian Krakow has your textbook, and you're too embarrassed to even deal with it. And your little sister's completely finished with her homework, which is just, like, so simple and mindless a child could do it. And that creepy 60 Minutes watch that sounds like your whole life ticking away."

Angela is nothing if not an over-thinker, preoccupied with very teenage problems like zits and gossip and who to talk to at parties; her thoughts on the most simple of relationships are extreme, like when she thinks about how she felt before she became friends with Rayanne and Rickie: "it seemed like if I didn't, I would die or something."

Sometimes, her melodrama feels suffocating—particularly when related to Jordan Catalano (it's imperative to say both his names). Angela wonders: "Huge events take place on this earth every day. Earthquakes, hurricanes... even glaciers move. So why couldn't he just look at me?"

As an adult, it's easy to think that, of course, Jordan should look at her: She's smart, witty, open-hearted, pretty, has good taste in music. But then, there's no way to make sense of how crushes work. As a sophomore in high school, I also pined after guys who I felt were out of my league, and after the only girls who were out... but who were dating each other. My thoughts probably (definitely) sounded a lot like Angela's, and I was similarly dissatisfied with my life.

At the time, that dissatisfaction felt oppressive—and I wouldn't want to relive it entirely. But that introspection was also what saved me. By questioning what was around me and interrogating how I really felt, I was able to reject the trappings of my conservative town, figure out my own politics, and accept my own queerness. My teenage dissatisfaction with the way things actually are made me grow as a person, and it shaped me into who I am. Thinking about Angela now, and how her angst fueled her, reminds me that I should also let myself indulge in some teen angst—even as an adult.

In one of the show's final episodes, Angela pauses to reflect on the value of her overthinking. She's ringing in the New Year with her friends and decides her resolution could be "to stop getting so caught up in my own thoughts, because I'm like way too introspective… I think." But she decides against that idea, because "what if not thinking turns me into this really shallow person?" Same, Angela. Same.