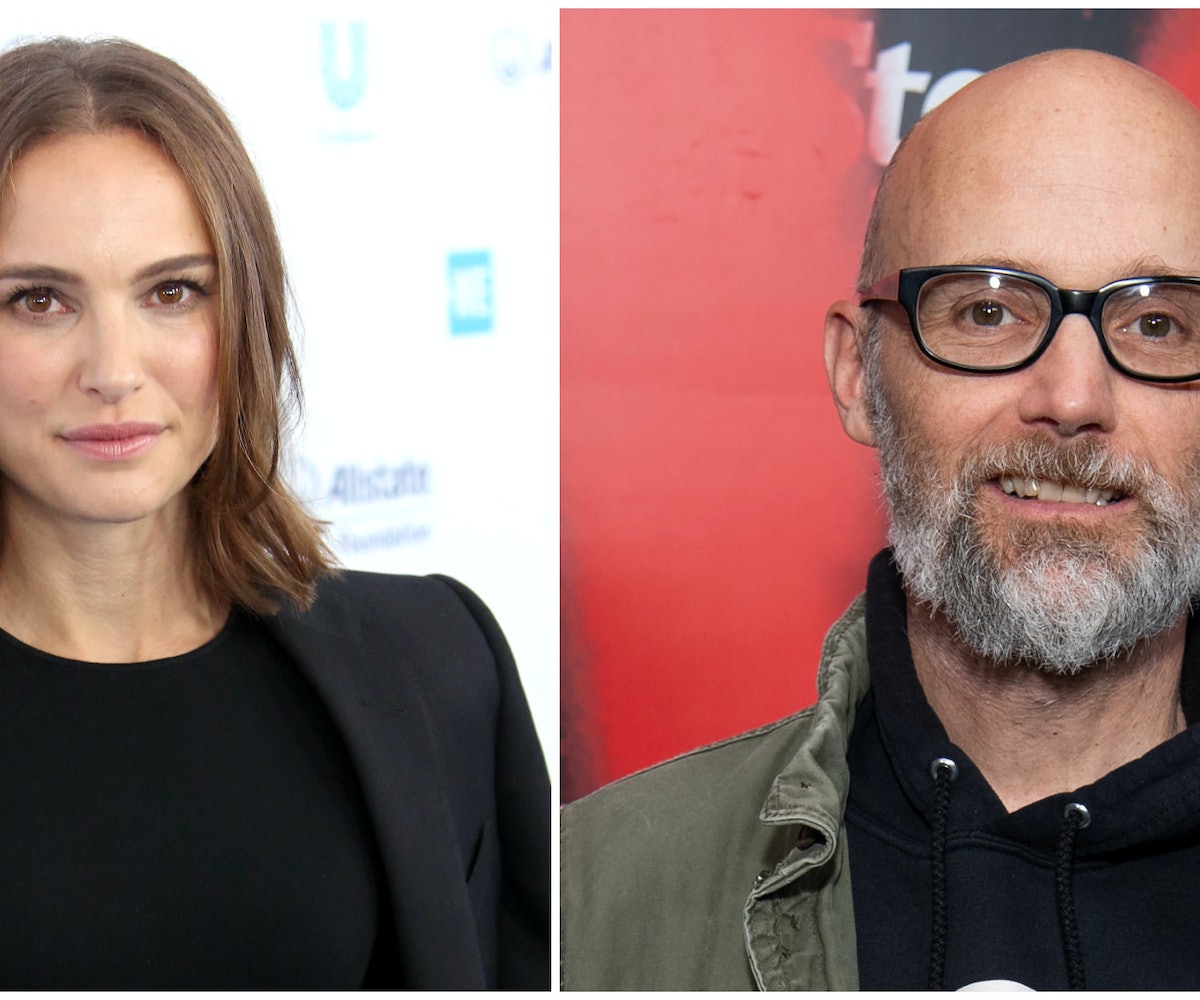 In a new memoir called Then It Fell Apart, singer Moby alleged he had a relationship with actress Natalie Portman when he was 33 and she was 20. But, in a new interview with Harper's Bazaar, Portman set the record straight, saying that his description of their relationship is false and contains other factual errors, that makes his behavior seem even grosser than it already did.

Not only did Portman say that the two didn't date, but that he also misrepresented her age. "I was surprised to hear that he characterized the very short time that I knew him as dating because my recollection is a much older man being creepy with me when I just had graduated high school," she said. "He said I was 20; I definitely wasn't. I was a teenager. I had just turned 18."

She says that they met when she went to one of his shows: "He said, 'let's be friends'. He was on tour and I was working, shooting a film, so we only hung out a handful of times before I realized that this was an older man who was interested in me in a way that felt inappropriate."

Portman also stated that she was not contacted to fact check this information, noting that "it almost feels deliberate." "That he used this story to sell his book was very disturbing to me. It wasn't the case," she said. "There are many factual errors and inventions. I would have liked him or his publisher to reach out to fact check."

Another part of his memoir describes a conversation with Lana Del Rey, in which she joked about how wealthy he was. "You're a rich WASP from Connecticut and you live in a five-level penthouse. You're 'The Man.' As in, 'stick it to The Man.' As in the person they guillotine in the revolution." His response: "I didn't know if she was insulting me but I decided to take it as a compliment." This only further proves that Moby doesn't understand women at all, which may explain how he took a couple of hangouts with Portman to mean that they were dating.

Moby has since responded to Portman's statement in an equally creepy Instagram post with a photo of him shirtless with the actress, calling the interview a "gossip piece." "We did, in fact, date. And after briefly dating in 1999 we remained friends for years," he said. "I like Natalie, and I respect her intelligence and activism. But, to be honest, I can't figure out why she would actively misrepresent the truth about our (albeit brief) involvement. He also said that he backs up the story in his book with "lots of corroborating photo evidence, etc." He then ends with this: "I completely respect Natalie's possible regret in dating me(to be fair, I would probably regret dating me, too), but it doesn't alter the actual facts of our brief romantic history."

Among many other things that are questionable about his claims, if you have to have "corroborating evidence" to prove a relationship that one person claims didn't happen, you're doing the whole "dating" thing wrong.