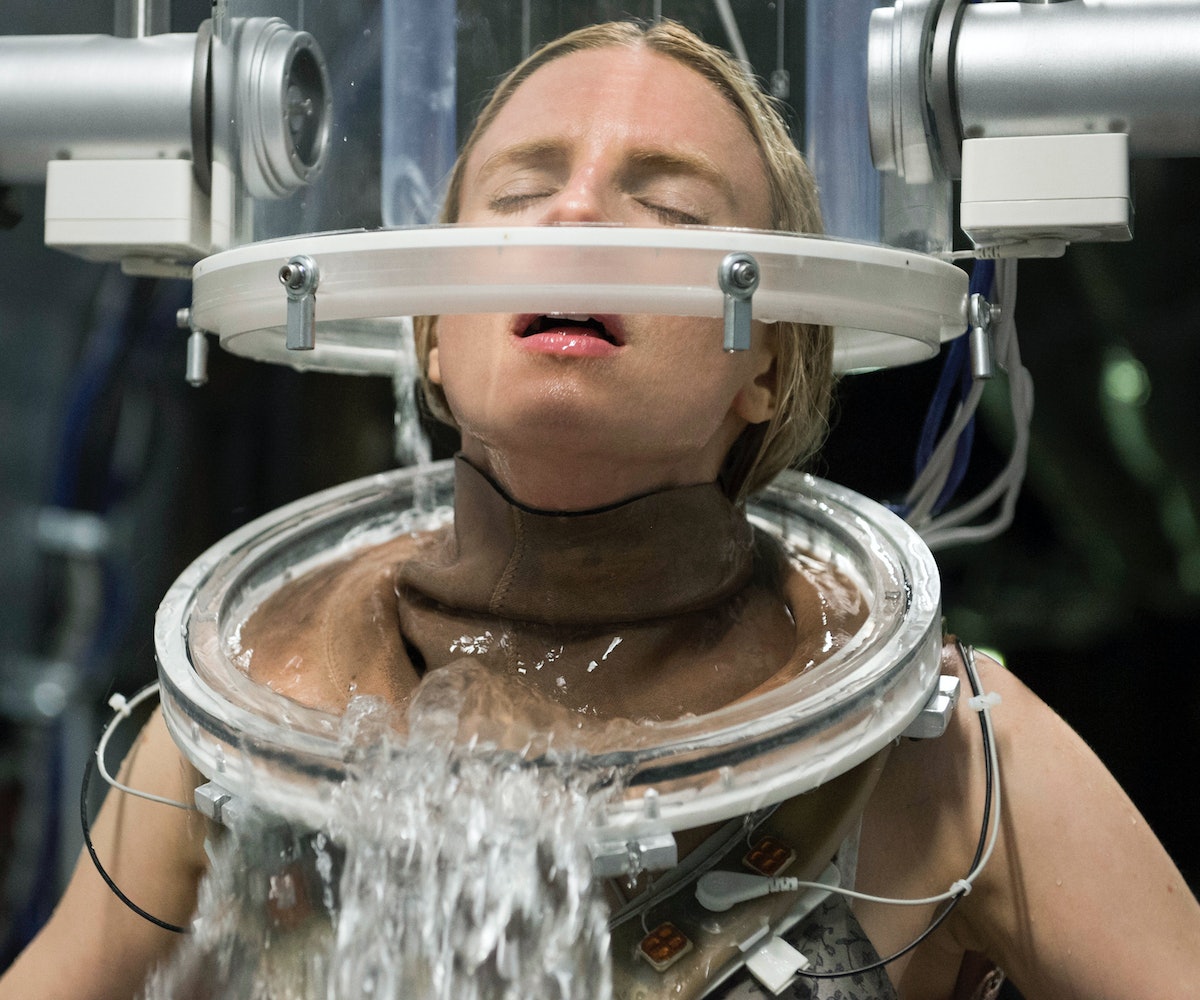 In our heavily saturated television landscape, the chances that you remember all of the wild twists and turns from Netflix's mind-boggling sci-fi dramaThe OA are slim. It's been two years since Part I dropped on the streaming platform and while you've had more than enough time to forget some of the major plot points, you don't actually have that much time to refresh your memory since Part II is coming on Friday. If you can't fit an eight-hour binge into your schedule between now and then, this refresher guide will help.

What is the OA?

While it hasn't been confirmed, most viewers have deduced that the OA is an acronym for Original Angel. It's what main character Prairie Johnson (Brit Marling) calls herself. She earned the title after venturing into the afterlife multiple times and returning with key pieces of information and choreography (more on that in a second) needed to help her jump from one dimension to the next. She carved the steps to these moves into the skin on her back so she would always remember them. The trailer for Season 2 shows that Prairie successfully jumped into a new dimension with a new identity, so it'll be interesting to see if the scars remain for continuity.

The OA had her first near-death experience (NDE)—one that left her blind into her adulthood—when she was just seven years old. Back then, the OA's name was Nina Asarova, and she was the daughter of a wealthy Russian oligarch. Her name was changed to Prairie after he was assassinated and she was adopted by American parents. This is important info, though, because, in the upcoming season, the OA is wealthy again and addressed as Miss Asarova.

So about these moves: It's not a solo number. Prairie learned the dance sequence (there are five moves in total) when she was held captive by a mad scientist obsessed with the afterlife and capturing a sound that souls make when they leave the body. She and her other captives were repeatedly drowned and, over the course of several years, after experiencing many NDEs, four of them brought back a movement from the afterlife. The OA learned the first movement, Homer got the second, Scott brought back the third, and Renata secured the fourth. The fifth move was unexpectedly discovered by a dying Sheriff's wife right before Prairie was separated from her remaining captives and abandoned.

Once she had escaped and returned to the home where her adoptive parents raised her, she taught the sequence to her group of misfit friends: troubled Steve, trans student Buck, overachieving French, a teacher named Betty, and Jesse. Previews for the next chapter reference all these characters. At least some of them are in the new dimension with the OA, also with new identities. But they also have new faces. So be sure to remember the names.

Out of all of the other captives in the lab/prison, the OA had the closest connection with Homer (Emory Cohen). In fact, the last word that the OA utters in Part I is his name. Many people think he is the key to understanding the OA's real power. She spent much of the first season looking for him, and might take this cause up once again in Part II. We also can't forget that weird scene where French is snooping around the OA's house, looks at himself in the mirror and sees Homer's face looking back at him.

The authorities are always around

As if the OA didn't have enough problems trying to find Homer, save the world from something catastrophic, and figure out which dimension she's in at any given moment, there's also a nosy FBI therapist still trying to get to the bottom of her kidnapping story. But he's really shady about it, which raises the question: Is he really investigating her disappearance or is it something else? We know that the OA isn't the only character who travels inter-dimensionally, so what if the cute detective in the Season 2 trailer is picking up where Dr. Rahim left off?

Where is Dr. Hap?

It's worth mentioning that the reason Dr. Hap, the head of the lab/prison, abandons the OA is because he also learns the movements needed for interdimensional travel. There were no sightings of him in the trailer, but he could have followed the OA into her new life with a fresh identity of his own.