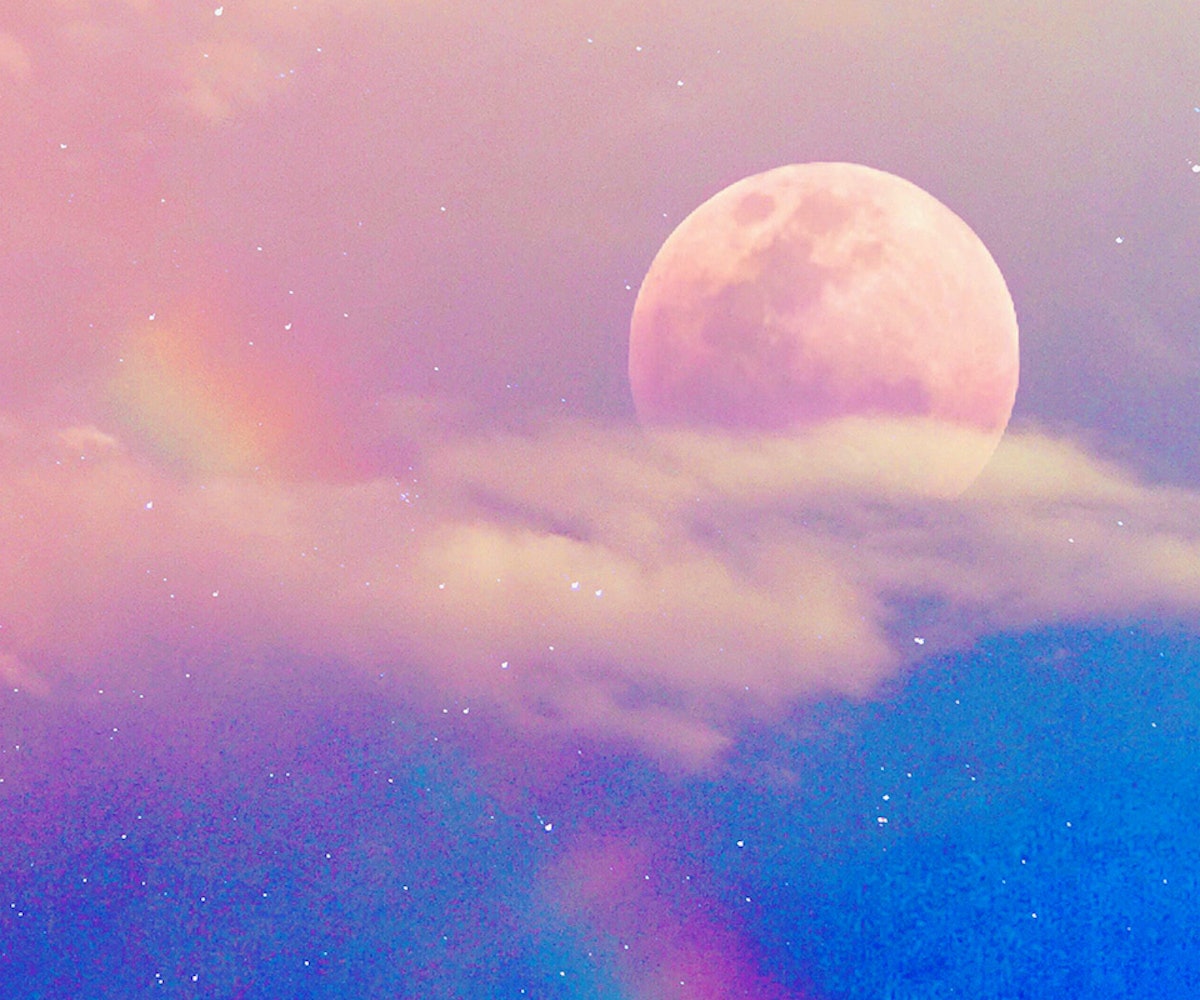 What is it about the word "eclipse" that feels ominous? Does it have something to do with Bonnie Tyler's "Total Eclipse of The Heart" song and the restless feeling that forever might actually start tonight? If forever were to start on the night of the New Moon Solar Eclipse in Capricorn, happening just after midnight on Dec. 26, it would be in line with what Capricorn is well-known for — a body that won't quit. Won't quit working for you, won't quit loving on you, won't quit pushing you to achieve greatness. Anyone that has ever been the apple of a Capricorn's eye knows this: Capricorn energy is, for better and for worse, relentless. Perhaps Tyler herself was singing of a Capricorn when she sang "your love is like a shadow on me all of the time."

Capricorn's shadow is daunting, bolstered by the planet Saturn, which rules Capricorn and is coincidently in Capricorn this year. Saturn is a planet that rules our daily practices and our disciplines while, amongst many astrologers, Capricorn is seen as the "daddy" of the zodiac. Presiding over the 10th house of career and public image, Capricorn is often propped up as a patriarch. Seen as material and earthy, Capricorn is focused on public deals and their private power. In the Tarot, the Devil card is correlated with Capricorn, and this correlation further emphasizes the thin line between freedom and bondage, between security and scarcity, that trembles when we outsource our understanding of right and wrong.

Like any self-respecting witch, I long for a dismantling of the patriarchy and remember in my bones when the great mother was sacred, not subservient. When masculinity, in all its forms, rose in reverence and honor of that very sacredness. I don't want to get too binary on you, and I encourage you to read what I'm offering with an eye for archetype rather than a devotion to fixed states of being. In astrology, there is much written about feminine and masculine principles. These principles exist within all of us, not relegated to the constraints of sex, assigned or otherwise. The sun is often aligned with masculine principles, and the moon with feminine ones. The principles are often described as aggressive/passive, public/private, light/dark, and it is important to remind oneself often that neither of these principles has more value to humanity than the other. Each is powerful and each is potent with a kind of wisdom. When the sun and the moon are conjunct, these principles come together and offer us a night to trust our intuition and put into action what has been privately kindling inside us.

Because the sun and the moon are both in Capricorn, there is an emphasis on structural integrity and long-term plans. Capricorn rules the bones and, if there's anything I've learned from House Hunters, it's that the bones of a house you're planning to live in have got to be good or no number of repairs will suffice. Why is it, then, that we so often try to build new lives on old versions of ourselves? We don't expect the house to heal the ground, but we expect new people, new cities, new jobs, to heal us. This eclipse, positioned on the south node in Capricorn and opposing the north node in Cancer, asks us what parts of our inheritance — our baggage, our trauma, our attachment patterns — are no longer viable for passing down to our future selves, our dependents, and those who choose to bind their lives to ours.

Capricorn's ruler, Saturn, pushes us to evaluate our sense of time and the plausibility of our ambitions. Do you feel yourself to be a patron of the Earth? Is what you devote time to meaningful to you? Do you feel yourself growing? Are you serving your highest self? If you don't know what your highest self is yet, it's time to key into that very question. Your intuition sends you messages daily, and it is your job to create space within you, like a mailbox, that can receive these messages and store them safely. Pluto, a planet that works with our trauma memory, presses against Saturn this eclipse season and ensures that whatever pains us also empowers us — if we are willing to collect the tools necessary to hold that pain and transform it. Or, more simply put, it is likely that as you begin to examine the ways you do and do not show up for your purpose on this earth, you will come to difficult emotional blocks. Walls, ditches, and trick doors some part of you built long ago to protect you from a suffering you were not strong enough to feel fully. It is the hope of the universe that you witness within you a new strength now, that you honor it by using it.

This eclipse makes a square aspect to Chiron in Aries, the wounded healer in the sign of the child, of new beginnings, and of rebellion. Aries, too, represents the masculine principle. Here, in this portal of darkness, the father figure is turned over and asked to be of service to their own growth and the growth of others. To be, what we in the queer community call, a daddy not just in name but in action. To tend to, be accountable for, respond with strength of character, and teach. Collectively, we are called to channel our active, initiative, outward energy into healing on a spiritual, emotional, soul level. We are called to work on the bones so that the houses we build moving forward are strong enough to shelter not only us, but those who inherit the outcomes of our lives, our cities, and what we make of them.