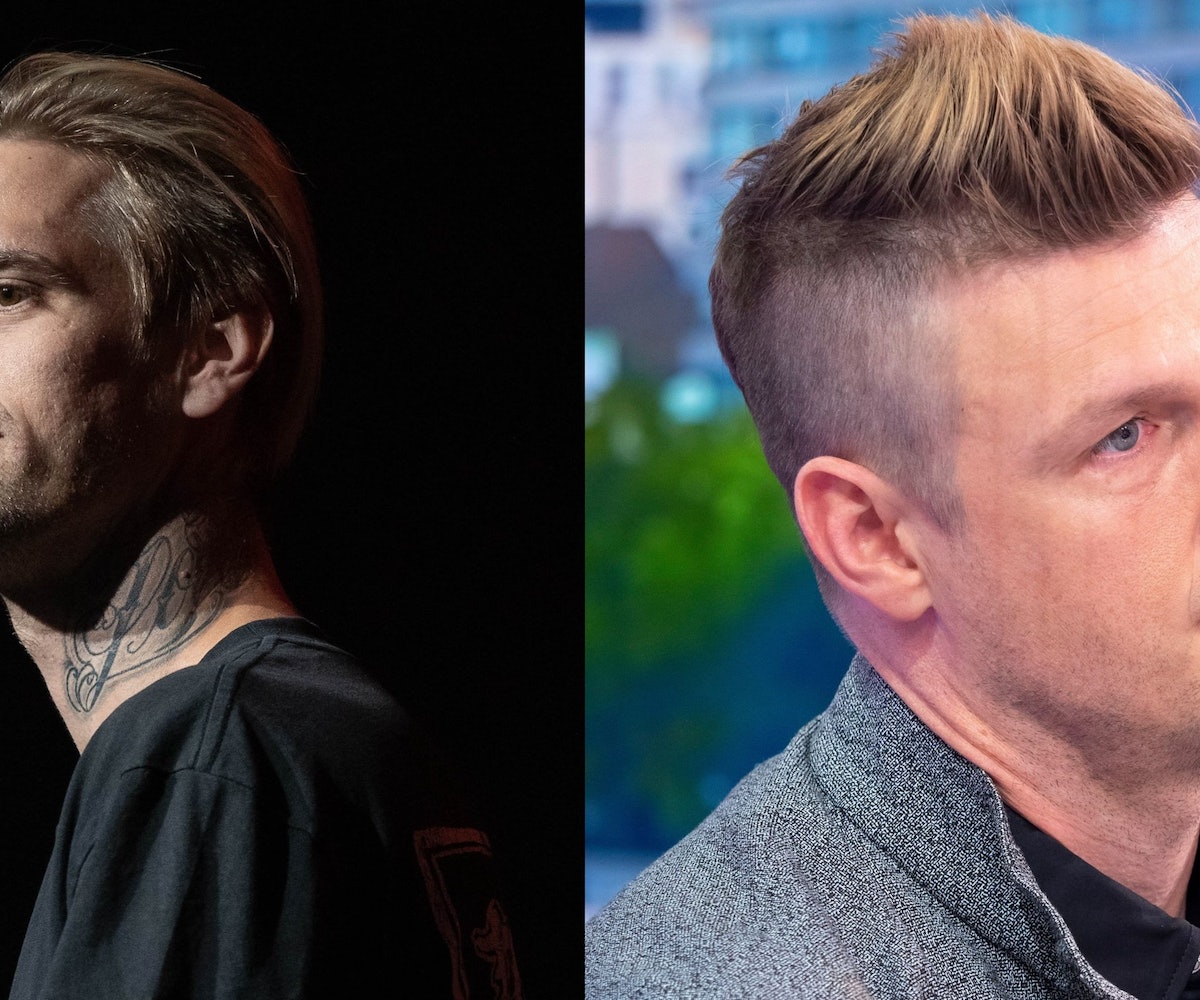 Earlier today, news broke that Backstreet Boys' Nick Carter got a restraining order against his younger brother, Aaron, ordering him to stay away from Nick, Nick's pregnant wife Lauren Kitt, and her parents.

According to TMZ, Nick felt compelled to get the restraining order after Aaron—who has been open in the past about his mental health and substance abuse struggles—expressed thoughts of "killing babies" and Lauren during a FaceTime conversation with their sister, Angel Carter. When filing for the court order of protection, Nick noted that he knows his brother is armed and afraid that Aaron will head the "voices in his head and cause harm to my family."

Nick also released a statement on his personal social media accounts. After stating that he pursued a restraining order in "light of Aaron's increasingly alarming behavior and his recent confession that he harbors thoughts and intentions of killing my pregnant wife and unborn child," he emphasized that both he and his sister "love" Aaron and hope that he gets the "proper treatment he needs." He also used mental health and gun control hashtags.

In response, Aaron also took to Twitter to bring up former sexual assault charges against Nick and insist that he hasn't seen Nick or his wife in four years. He claims the accusations being made against him by his brother aren't true, and that he and Nick are "done for life."

He also said that Backstreet Boy fans were "attacking him," which likely prompted a video he uploaded of himself on Instagram later. In it, he appears in a N*SYNC (who were considered rivals of the Backstreet Boys back in the day) T-shirt and sings the lyrics to the boy band's timeless bop "Bye Bye Bye" before flipping the bird to his camera in the mirror. The caption reads, "Bye bye bye to all you rude foul muthafuckin BSB fans! I ain't the one."