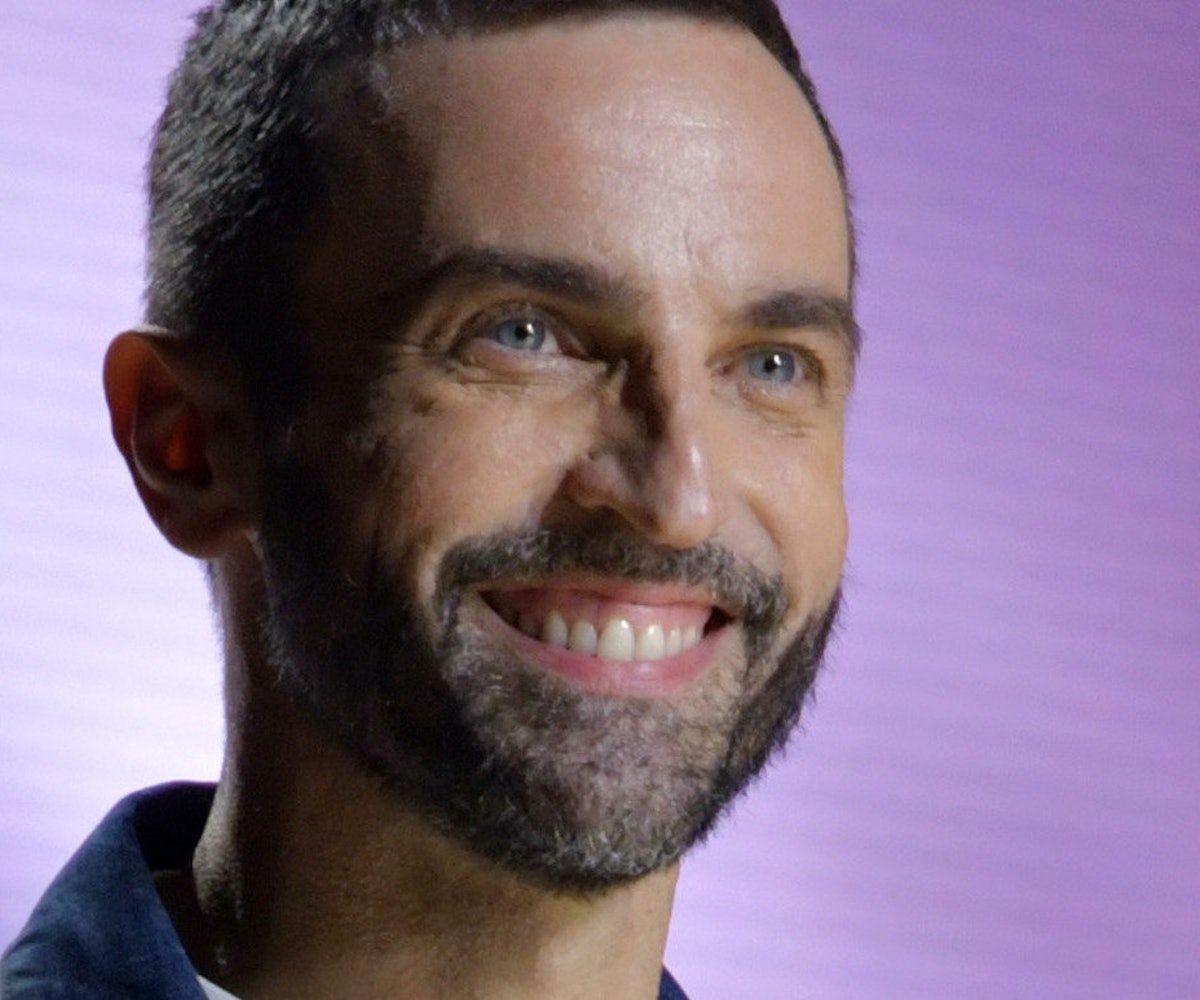 Photo by Photo by Swan Gallet/WWD/Shutterstock

Louis Vuitton's women's Artistic Director Nicolas Ghèsquiere took to Instagram on Sunday morning to push back against Trump's recent visit to a new Louis Vuitton factory in Texas. He captioned the post: "Standing against any political action. I am a fashion designer refusing this association #trumpisajoke #homophobia." In the time since, he has garnered praise from fashion insiders, celebrities, and fans alike. Pose actor and trans activist Indya Moore, who is a current face of Louis Vuitton and frequently wears pieces by the French house on the red carpet, commented: "I was holding my breath. C'mon Nicolas!" Out Magazine Editor-in-Chief Philip Picardi stepped in with a comment of his own as well: "You better say it!!! Proud of you."

Ghèsquiere isn't the first designer under the LVMH umbrella to speak up about Trump: Marc Jacobs has refused to dress Melania Trump, Stella McCartney has called for the president to be more open-minded about the environment, and we already know how Rihanna feels. So far, however, he's the only designer from an LVMH brand to make a public statement regarding the visit (save for a few clapping emojis from accessories creative director Camille Miceli), but only time will tell if his colleagues follow suit.