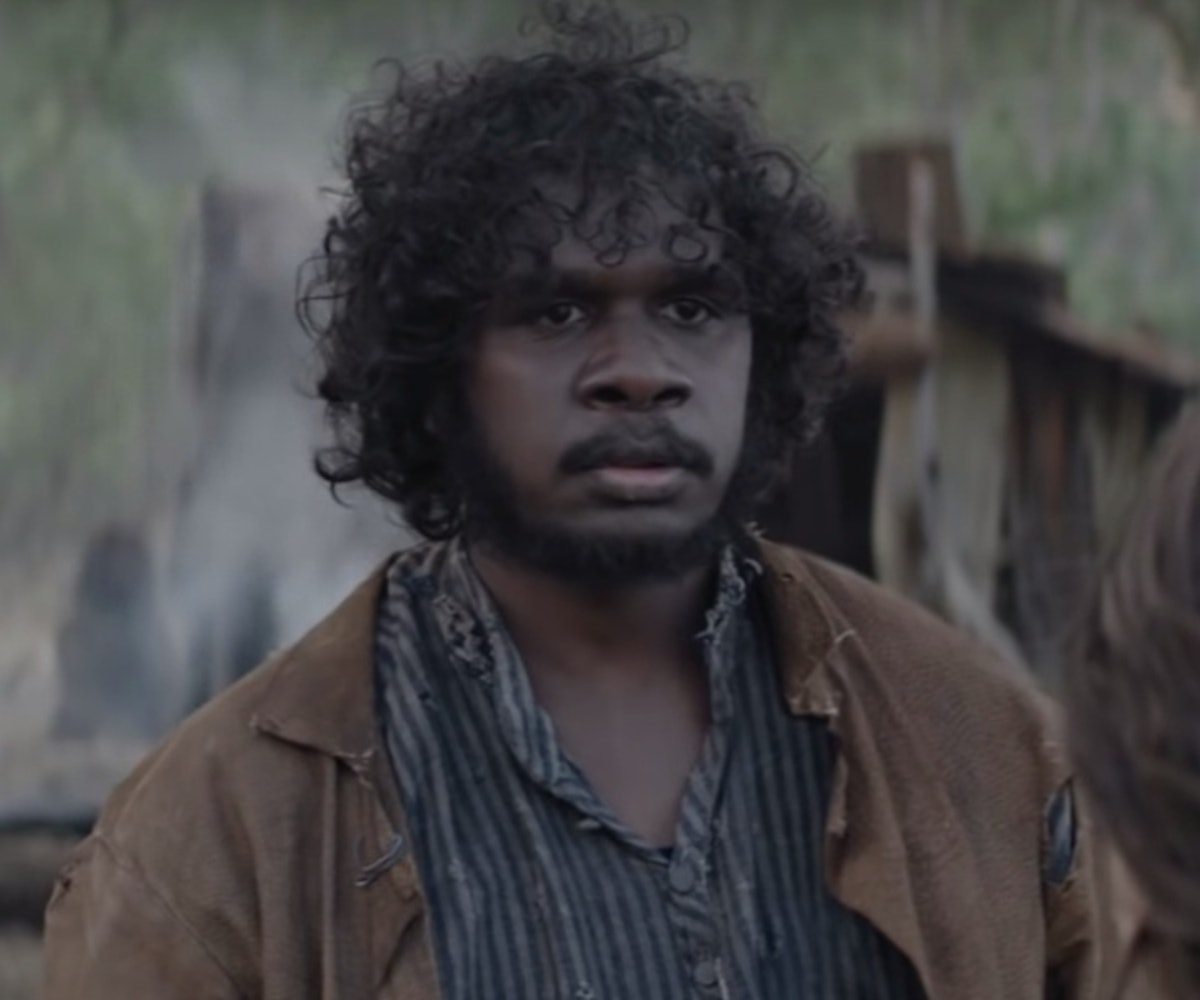 The Nightingale is writer-director Jennifer Kent's follow-up to The Babadook and is a revenge tale set in 1825. It's a beautifully shot, historical film centered around Clare (Aisling Franciosi), an Irish convict sent to live in Tasmania under British colonial rule. The film had garnered controversy before it was even released: When it was screened at The Sydney Film Festival earlier this year, multiple people walked out of the theater in response to what they felt were unnecessary and overly explicit rape scenes. Knowing this, I showed up to The Nightingale expecting to be drawn into debates about how sexual assault should and shouldn't be used as a plot device and how revenge narratives both satisfy and complicate the effects of patriarchy; I also anticipated having a main character with whom I could empathize. But, I wasn't expecting the film's overt racism to be a fatal flaw in a film being touted as a feminist narrative.

[Spoilers for the film and discussions of graphic content, ahead]

The film's narrative turns after Clare's husband and infant son are murdered and she is gang-raped by the tyrannical Hawkins (Sam Claflin), the overseer of her penal colony, and his cronies. While she's endured Hawkins' sadism for years, she is now a woman out for blood. But, in order to mete out revenge, she must follow the men through the bush, and requires the help of Billy (Baykali Ganambarr), an aboriginal tracker, to guide her through this wilderness. Despite Clare's low social status as a convict, she still benefits from a racial hierarchy where aboriginals—or in the film's parlance, "blacks"—are on the bottom. And, in the tradition of lower-class white people everywhere, she accordingly treats Billy like shit.

Though she depends on him for survival, Clare doesn't trust Billy: She lies about the real purpose of her journey, knowing that he would decline a job that would lead to the death of white men. It's a dangerous betrayal, emphasized by the way Clare repeatedly calls Billy "boy" and keeps a gun pointed to his back as they walk, an act of violence as real as any sexual threat the women in the film endure. Although, eventually, Clare and Billy get close, and approach a version of equality by bonding over their traumas, it's not a version of equality I'm interested in, since it only highlights how little respect Clare had for Billy to begin with—feminist ideals shouldn't have to come at the expense of people of color's humanity.

The so-called bond Billy and Clare build by sharing experiences of their oppression is ultimately very one-sided. They sometimes share an oppressor, yes, but their oppression is not the same, because Clare has systemic power over Billy that he will never have over her. And, Kent never dwells on this harsh reality. Even though Clare got her vengeance, Billy likely died—off-screen—from the wounds he sustained seeking vengeance for Clare, showing the way that people of color have been used as a means to an end for white women's ascendance. It's troubling that Kent uses the trauma endured by Australia's aboriginal people to tell the story of a white woman—all the more so because their story is not Kent's to tell.