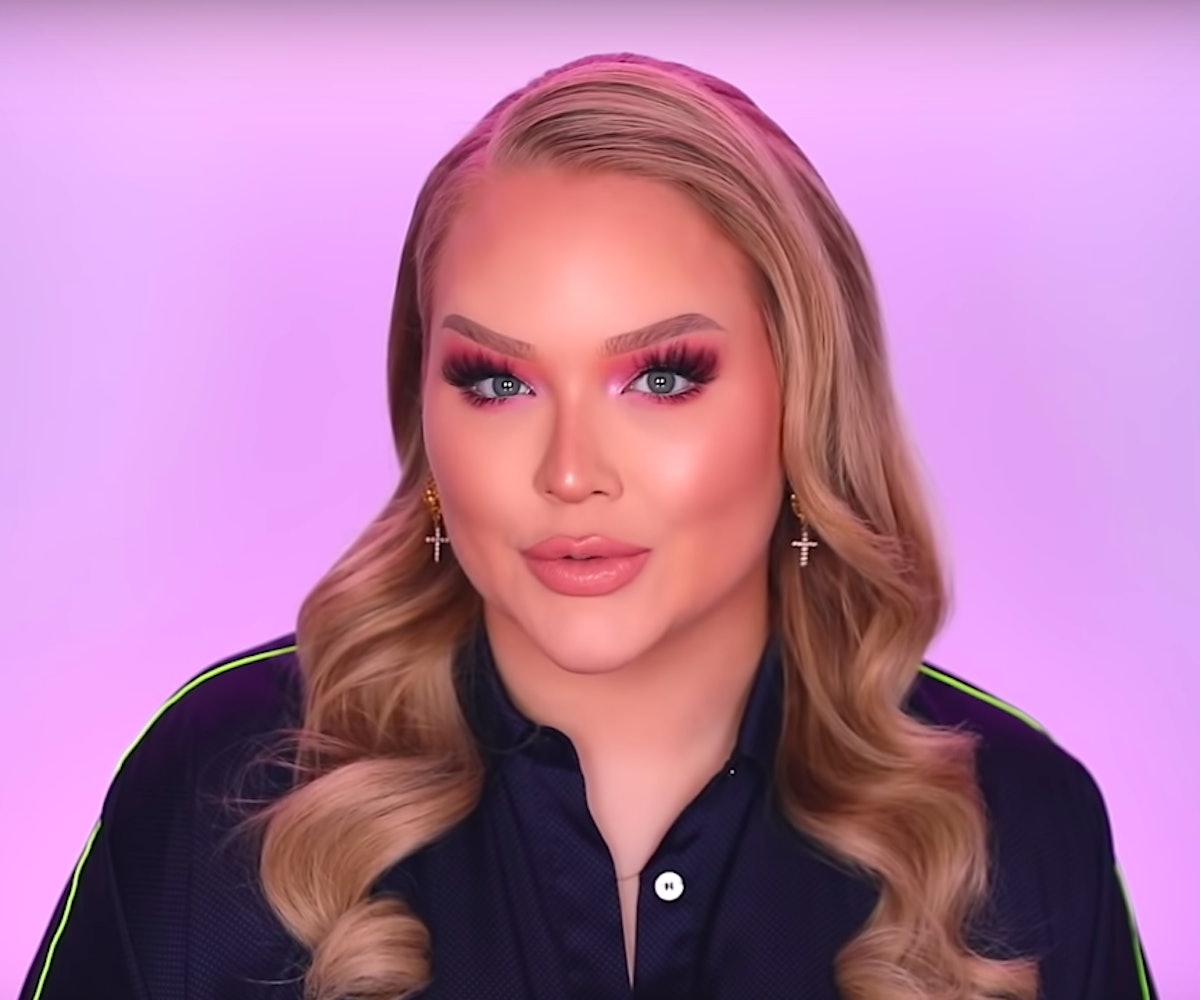 There's apparently a bit of drama brewing between NikkieTutorials and Pat McGrath. In her latest YouTube upload, NikkieTutorials, whose real name is Nikkie de Jager, took viewers on a tour of the studio where she films her videos. During one segment, the popular YouTuber shares a peek at some of her makeup palettes, and in the process, she explains why a palette from the legendary makeup artist's namesake cosmetics brand is purposefully hidden.

At the video's 4:17 mark, NikkieTutorials pauses to share a secret. "I'm gonna spill the tea a little bit," she says. "Sometimes, when I don't like a brand as much, I put another brand on top of it." The camera then zooms out to show a row of palettes from Pat McGrath. At this point, NikkieTutorials then places a Jaclyn Hill x Morphe palette on top, saying, "Someone was very rude to me in my face once, and then I decided to un-stan."

Although she offers no further details regarding the interaction she might have had with someone at Pat McGrath Labs, she simply ends the segment with a "goodbye" directed at the palettes.

It's unclear when this moment between NikkieTutorials and a member of the makeup brand might have happened, but as Cosmopolitan UK reports, Jager has shared videos featuring Pat McGrath products in the past. In a December 2018 video, the YouTuber had shared her backstage experience at a Versace fashion show, crediting McGrath with the invitation, and a 2017 video featuring Jager using the brand's lipsticks remains active.

However, in an August 2019 video, NikkieTutorials had given a negative review to McGrath's line of Sublime Perfection Foundation. Despite her unfavorable impression, the YouTuber was quick to note that she loved McGrath and credited the makeup mogul with setting many current trends.

Fans will have to wait and see whether anything further is revealed regarding the rift, but in the meantime, many on Twitter are already asking for more details.

See the video moment for yourself, below.