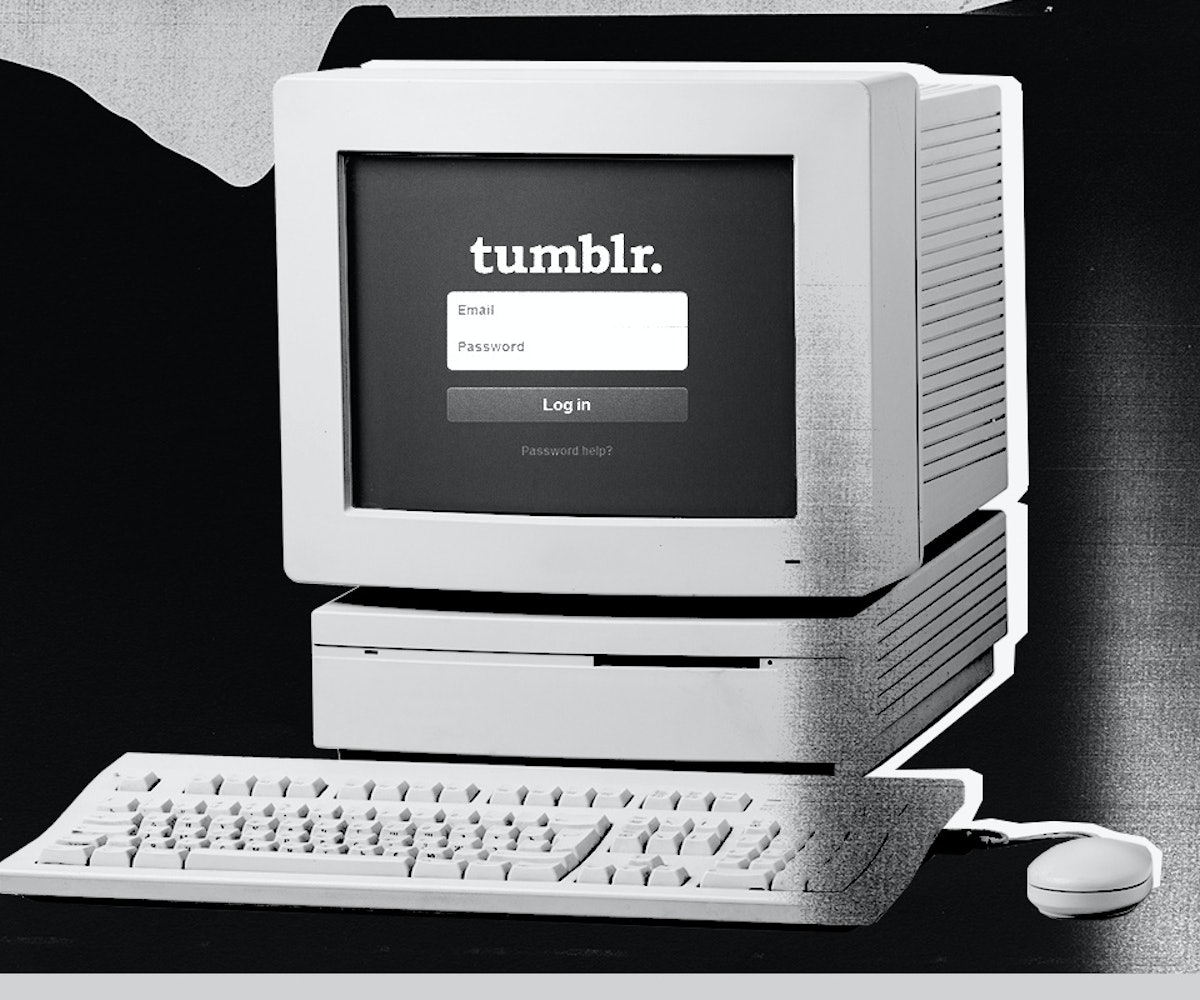 If you came out as nonbinary in the 2010s, some meathead probably told you that "you spend too much time on Tumblr." If this offended you, you'd likely be called a "snowflake," "Tumblrina," "gender-special," or something even more unpleasant. Your newfound sense of self would have been derided as some internet-created phenomenon you, and other young people like you, were using to get attention.

But if you could have shown these Chads the state of the world at the end of the 2010s, they would have eaten their words. While Tumblr was responsible for the creation of a variety of neo-identities, today, nonbinary genders have been legitimized on legal, bureaucratic, and fashionable levels, even in the face of ongoing discrimination.

Designers, for instance, are blurring binary notions of gender more and more with each runway collection; A-list celebrities like Sam Smith, Amandla Stenberg, and Janelle Monáe have "come out" as gender nonbinary; Merriam-Webster made the singular "they" its word of the year in 2019; countries across the world and several US states are increasingly adding a gender marker for nonbinary people , and Canada also plans to add a third gender option to their census.

Over the past five years in particular, trans and nonbinary issues have been entering mainstream conversations at an accelerated pace. This is unsurprising when you consider how "mainstream culture has always appropriated from queer communities, particularly queer communities of color," Charlie McNabb, author of Nonbinary Gender Identities, tells NYLON. "Nonbinary is the new fascination because the internet gave us a major boost in the ability to organize, socialize, and create."

While nonbinary activism and gender variance existed for centuries prior to Tumblr (our Westernized history forgoes any mention of, for instance, the ancient Indigenous cultures who existed outside of gender binaries), there's no doubt that the microblogging site helped facilitate nonbinary's transition from an online, underground identity to a mainstream one with offline consequences.

Yet people who exist outside of the gender binary today are still having to prove their legitimacy. A quick search on Twitter yields too-many-to-count results of nonbinary people assuring others that it wasn't Tumblr who made them identify that way. Since a clear history of their identity has yet to be adequately documented, it's frustratingly near-impossible to locate the origin of "nonbinary" as a distinct label. While non-binaryism has been near to the heart of queer activist movements since the 1990s, back then, the label was either referred to as "genderqueer" (a term coined by gender activist Ricki Wilchins in 1995) or it was subsumed into larger "transgender" discussions, which also included the likes of drag kings and butch lesbians.

In the past, academics have told me that it's very likely the term "nonbinary" was in fact coined on Tumblr. McNabb pinpoints the first Google search for "gender nonbinary" in October, 2008 — 20 months after Tumblr was founded in February, 2007. "However, the phrase "nonbinary gender" was being used in the academy and on the ground as early as 2001, so conversations had been going on using that language for a while before it was talked about on Tumblr," they conclude.

Neo-identities, the practice of identifying one's self, have been core to the way we've always expressed ourselves on the web — right from the moment the very first "A/S/L?" was sent in a chat room. Around the same time that "nonbinary" was being introduced into academic circles, Darren Stadler aka "wolfieboy" described himself as a "sapiosexual" in a LiveJournal post. Referring to a romantic and sexual attraction to intelligence, sapiosexuality has since been largely disparaged. "You're not Sapiosexual, you're just annoying," a MEL Magazine headline read after the first high-profile celebrity, Mark Ronson, "came out" as such. The internet has certainly sped up the rate of language's adaptation and evolution, but Tumblr is a special and sincere case.

"Ever since it emerged in the late 2000s, Tumblr has been prone to attracting the socially alienated and culturally maligned."

The website remains unique in "how it's resonated with queer people," Barrie Shannon, an academic at the University of Newcastle in Australia, tells NYLON. Ever since it emerged in the late 2000s, Tumblr has been prone to attracting the socially alienated and culturally maligned. There are numerous features built into the website's platform which allowed minorities to find their communities, and even to conceptualize and build new ones. Unlike a platform like Facebook, anonymity has been a key part of Tumblr's appeal; trolling is disincentivized due to the limitation on comments, and the spreading of ideas and information is privileged over back-and-forth communication. All of this has led to what the University of Arizona's Abigail Oakley describes as "a relative safe haven for queer people."

In a 2017 study, 64 percent of respondents claimed that Tumblr was vital to nurturing their individual identity. "People questioning their identity might come to a place like Tumblr and find the terminology to describe their feelings about themselves, totally transforming how they see themselves and their place in the world," Shannon tells NYLON. The nonbinary community on Tumblr in particular grew quickly, with a sharing and caring culture which still remains in small pockets today, but has since spilled onto other platforms like Instagram and Twitter. Several resources on the site emerged, including this still-active blog, which posts new research pertaining to nonbinary and trans identities, new terminology for its visitors to become acquainted with, as well as moderators who are on hand to answer any questions from those closer to discovering their true selves. While Tumblr's founders couldn't have foreseen the spawning of such counterpublic, close-knit communities when they created the site, Tumblr Corp actively encouraged them as they began to emerge, and branded itself with them in mind.

While Tumblr helped constitute a distinct nonbinary identity, with its own shared culture and dialect, it's also worth noting that there are several differentiating factors within the community. Despite their shared gender identity, as Oakley points out, "there are a diversity of people" who identify as nonbinary, who will be affected by various other factors, including their race and economic status, that won't be felt by everyone who identifies as nonbinary.

What they do share is an inherent distrust in the arbitrariness of gender, which is a feeling that's being passed down to new and future generations. Now, as nonbinary celebrities are appearing on the covers of magazines and the future of gender is becoming increasingly nonbinary, our world is beginning to look like what was once a Tumblr user's dream.