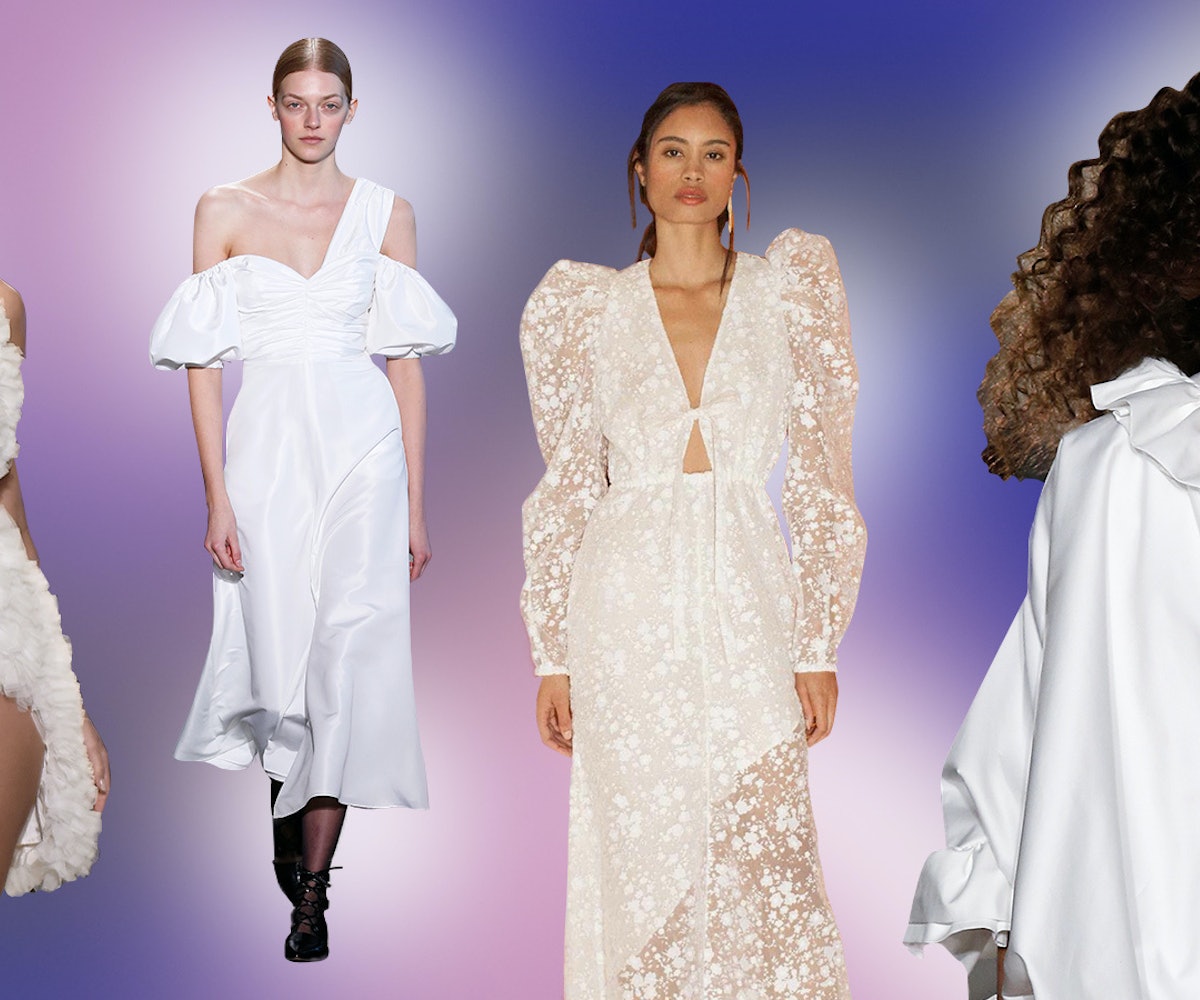 During this New York Fashion Week, the word "bride" was coming up a lot. It could be heard at Batsheva, prompted by Esther McGregor's giving her show-closing performance of Hole's "Good Sister, Bad Sister," while in a wedding dress upon which the song's lyrics had been scribbled in red; Courtney Love sat in the audience, no less. And it could be heard at Gogo Graham's show, which was inspired by "an aspiring bride who will never be married," and featured all-trans models "donning garments in which they could be married or buried." Wedding-wear—no matter how subversive—was something that seemed to be on quite a few designers' minds for Fall 2019.

And while a white dress on the runway is nothing new (nor is the act of taking down weddings as an institution), this season not only saw a slew of dreamy frocks and breathtakingly beautiful gowns that seemed especially wedding-appropriate, but also featured feminine, sexy takes on the traditionally masculine tuxedos. But, while not surprising, this "trend" is very apt right now as more and more brides are reconsidering an expensive dress that they will only be able to realistically wear once in their life.

Ahead, the NYFW week dresses and separates that would look just as good worn down the aisle—and everywhere else, post-nuptials—as they did on the runway.

NEXT UP
Fashion
Kim Petras Wore An All-Denim Homage To Britney Spears At The 2022 AMAs
Fashion
Jimmy Choo’s Collab With Timberland Gives The Classic Boot A Glam Makeover
Culture
An Exhaustive Breakdown Of The Balenciaga Controversy
The Art Issue 2022
The Most Interesting Fashion Designers Right Now? Artists.