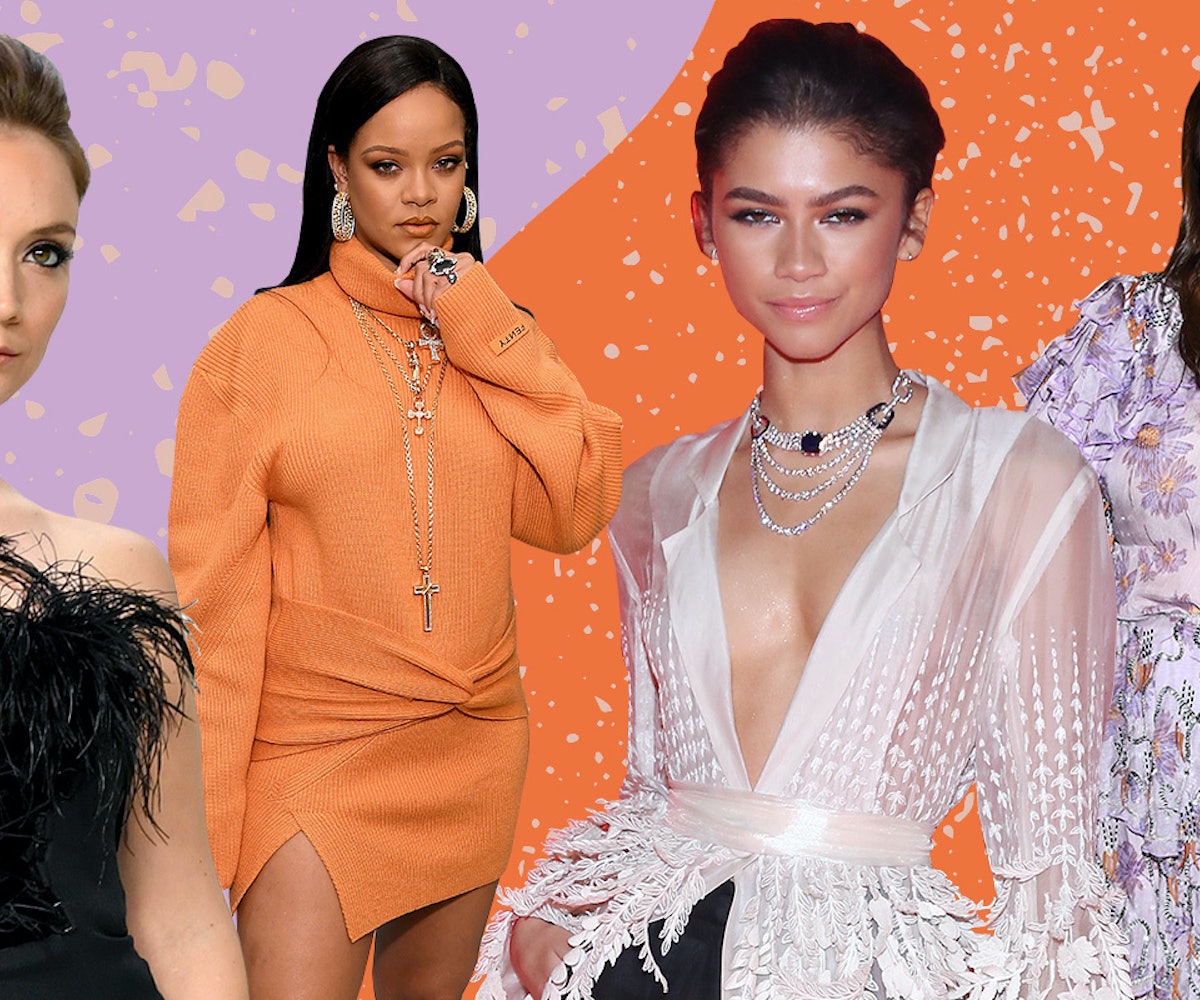 While all of the attention was focused on the runways and street style during New York Fashion Week, there were some best-dressed celebrities aplenty, too. The week-long stint of Fall 2020 shows and presentations wrapped on Wednesday, and with that, we were able to experience another set of solid looks from a slew of famous faces who braved the city's cold and rainy weather forecast to attend parties and claim their seats in the front row.

While everyone was in a panic over the designers fleeing the city for Paris or opting out of the official schedule entirely, brands like Rodarte and Coach were still able to put on shows that kept everyone talking well after they ended. Beanie Feldstein and Zazie Beetz wore their dreamiest Rodarte fits for the show on Tuesday, while Salem Mitchell, Zoey Deutch, Paloma Elsesser were able to witness a performance by Debbie Harry and The Coathangers while sitting front row at the Coach Show.

Rihanna kicked New York Fashion Week off at Bergdorf Goodman, debuting her latest Fenty drop at the department store where she also had a pop-up shop of some of her favorite designer pieces. While we didn't get a Rihanna runway show this time around, we will take what we can get.

Over on the West Coast there was the Tom Ford show, which essentially catered to the Oscars and his A-list of celebrity pals. Despite a location change to Los Angeles, Ford was able to wrangle up a slew of stars for his front row, including Jennifer Lopez, Miley Cyrus, Billie Lourd, and Lil Nas X, who all showed out in looks by the designer himself.

Check out the best celebrity looks from New York Fashion Week — and Los Angeles, too — below.

Jennifer Lopez's idea of a simple going-out look is pretty on point for the Tom Ford show in Los Angeles.

Zazie Beetz had ruffles, sequins, and big shoulders while attending the Rodarte show.

Lindsey Jordan, also known as Snail Mail, included a touch of yee-haw to her look with a pair of cowboy boots at Eckhaus Latta.

MLMA was basically a red disco ball at Christian Cowan.

Rihanna wore Fenty to her Fenty party, because why wear anything else?

Tommy Dorfman made sure his boxers matched at R13.

Justine Skye, who sat front row at R13, wants you to know that tights under shorts are still cool.

Zendaya wore Rahul Mishra for a Bvlgari party and just about killed me.

Also at the Bvlgari party, Ciara continues to show us what modern-day maternity wear looks like.

Jessica Williams is a fan of the statement headband trend while attending the Thom Browne event.