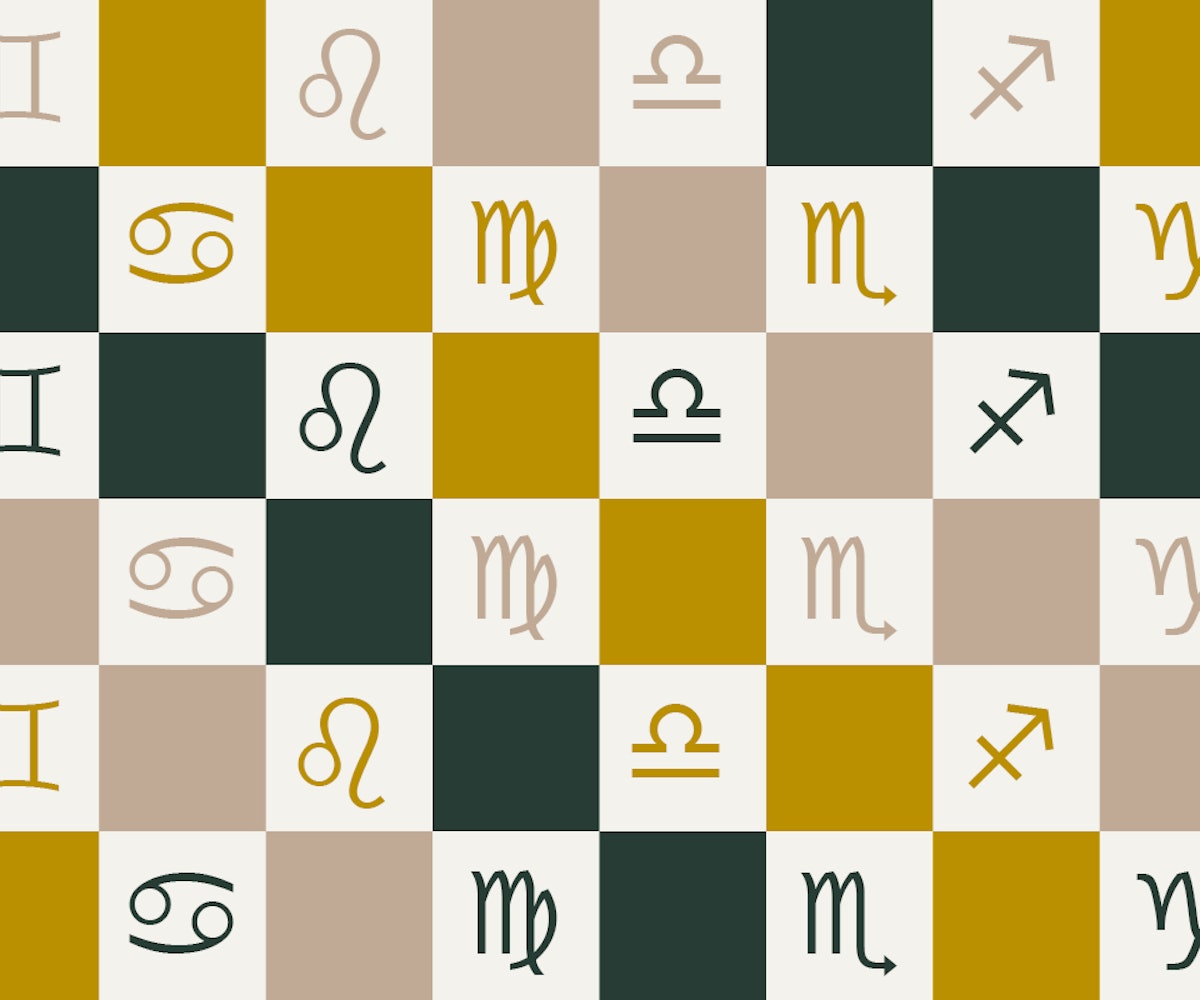 I'm not a particularly spiritual person, but there are times in my life when I've attempted to be. At seven, my parents bought me worry dolls to try and quell my anxieties. I dutifully whispered to them and tucked them under my pillow, expecting my neuroses to be assuaged. Around that time, my nana bought me a good luck necklace that I obsessively wore, screaming if I misplaced it. Then, I got into astrology: Seeking a reason for why I was who I was, I bought books on the signs and clung onto the things that fit me—ignoring the ones that didn't. At 11, I got into witchcraft: I built an altar, bought a tarot deck, scribbled my spells into a book of shadows. When we were given Bibles at school, I read mine cover-to-cover, praying to a more conventional god, but still one I didn't believe in.

As a neurotic child, I didn't yet know what these disparate approaches to spirituality had in common: I was suffering from a serious case of undiagnosed Obsessive Compulsive Disorder (OCD) that would control my entire life, and my attempts at harnessing these spiritual powers was another attempt at taking control. My OCD took many forms, but it began in my belief in superstition. While people without mental illness can freely discuss superstitious beliefs as if they're real without worrying about the consequences, for someone like me, who is predisposed to intrusive thoughts, this turned out to be dangerous. These superstitions wormed their way into all areas of my life, until very few of my decisions weren't dictated by the voice in my head. The only real belief system I had was OCD, and I served it religiously: Clean that or you're a bad person. Check the doors again or else your dog will die. Don't eat. Don't buy anything. Don't see your friends. Check, clean, check again, you are responsible for everyone.

OCD takes many forms, but it often comprises magical thinking related to an obsession; in my case, those obsessions included: fire, death, my friends hating me, and just about anything else my brain latched onto. What followed was the compulsion: the action I performed to "stop" the thing from happening and thus ridding myself of the intrusive thought. It's something I find embarrassing: the cognitive cartwheels involved are astounding, but OCD is a very real, very serious prison for many people. You think, How long will the action take? You think you can handle it, and keep it at bay. But it builds up and takes over your entire life until you don't have really one anymore.

A lot of spirituality has roots in magical thinking, so it makes sense that people with OCD would latch onto it; performing actions like praying or buying the right crystal are tools that people use to feel like they have control. There's nothing wrong with that: the world is terrifying, and we are all just trying to cope. But, even just a decade or two ago, it used to feel like these types of things were more niche. Now, you can buy crystals, tarot decks, and spell books on Amazon. Horoscopes proliferate on the internet, and astrology memes have become cultural currency. Alternative therapies and spiritual healing are everywhere, and it seems to be no coincidence that this is happening as the world spins out of control. People are using spirituality as a means to understand their surroundings.

For much of my life, I have felt alone with my OCD, but I now know that I'm not alone with my OCD or with my inclination toward magical thinking. I spoke to Alice, who told me that she's been superstitious for as long as she can remember. Simple things, like seeing a single magpie, will ruin her entire day. Alice's struggle started from reading a book which detailed superstitions, from holding your breath when you walk past a cemetery to never changing your bed on a Friday. It sent her spiraling: "I follow a very specific set of rules so as to avoid 'bad luck.' I make up my own superstitions, like I can't be in the bathroom when the last bit of water goes [down the drain], and I feel genuinely frustrated and upset when people share their superstitions with me, because that is another thing I know I'll have to do."

Many people are now into astrology as a way to understand our world, or even just as a hobby. Alice tells me that she avoids reading her horoscope, though, because "what I don't know can't stress me out." She says that sometimes she thinks these things are quirks, but other times, "I realize it is taking over my day. I have to stop and do little rituals to cancel out 'unlucky things.' It is embarrassing, and I hide it from people when I'm out a lot." She says that because the feeling she gets when she tries to ignore these things is unbearable, for her, a focus on astrology would be "more of a symptom than a coping mechanism."

I also spoke to experts to determine the link between OCD and believing in these things. Is there ever a healthy way to approach it? Or, am I just clouded by my own negative experiences? David Veale, a psychologist, told me that "all religion is often a form of magical thinking, with beliefs about being able to influence events by thinking or praying. You could add astrology or witchcraft to this list, as ways for a person feel more in control and certain about the future." Jon Abramowitz, a member of the advisory board for the International OCD Foundation, told me that "people might have different reasons for their interest or belief in astrology. Sometimes it might have to do with OCD, but not necessarily. It's very alluring to think that we can explain or control parts of our lives that we otherwise don't have control over or explanations for."

Not everyone who believes in these things has OCD, of course, but in both cases, an investment in them seems to be about control, understanding, and, in some cases, healing. It isn't all bad: I spoke to Michael, an OCD sufferer who wasn't personally interested in alternative therapies but whose girlfriend uses them to help him. After recognizing when his OCD was worse, she would do things like "burning sage in the bedroom, putting crystals in the shower, [and] incense in the living room" in an effort to help him feel better. He says that while he doesn't 100 percent believe in these methods, the faith he has in her "absolute belief in these higher energies" has made a difference in how he feels. As he craves control to an unhealthy degree, his girlfriend's method takes it away and he finds this "meditative and therapeutic," while recognizing that it isn't a cure.

Our larger cultural interest in spirituality or magical thinking is not reliant on a diagnosis of OCD, and is much more about controlling and understanding the things that scare us. This isn't necessarily a bad thing, and as with everything, it's a case of moderation: Be careful not to place an unhealthy amount of faith in it. Veale agrees, saying that it's okay "as long as the person doesn't end up investing so much time and money that it ends up harming them, or that it takes time or resources away from getting more scientifically proven sorts of help." Some people can dabble as a bit of fun or to offer themselves support and guidance, but for many people with OCD, magical thinking can lead us down paths that might feel more harmful than healing.

NEXT UP
Astrology
Your Natal Saturn Placement In Astrology, Explained
Beauty
15 Gifts For Your Friend Who’s Going Through A Pre-Holiday Season Breakup
Astrology
December 2022’s Full Moon In Gemini Is A Doozy
Astrology
11 Beautiful Tarot Decks To Gift Your Metaphysical Friend